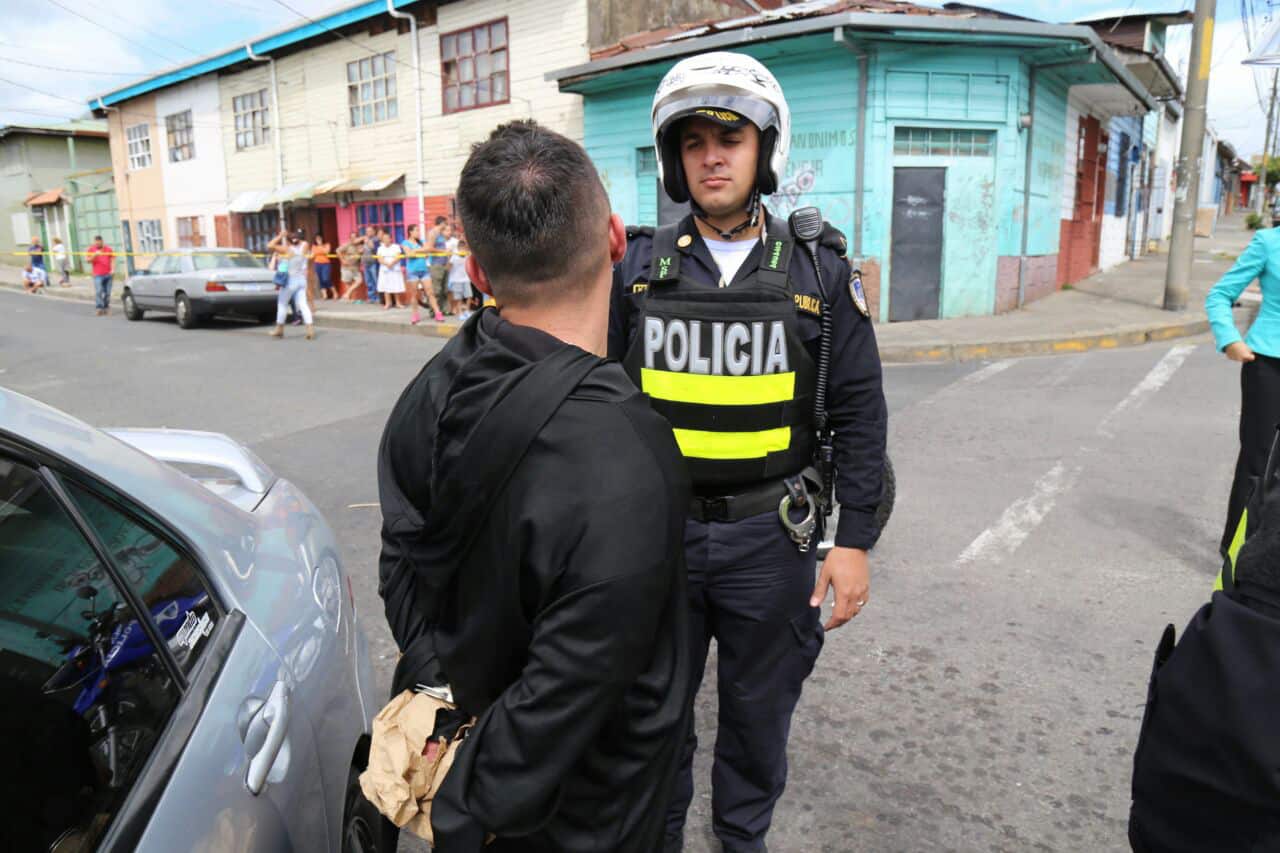 A gunman is arrested in Desamparados, a San José canton that reported 18 homicides in 2014, according to Judicial Investigative Police. ((Courtesy Public Security Ministry))

Last year was a rough one for Costa Rica when it came to crime. No where was this more clear than the dramatic increases in homicides and burglaries of homes, according to the Judicial Investigation Police’s (OIJ) 2014 annual report released Monday. Homicides spiked across the country by 14.6 percent – more than any other crime – with 471 people killed during 2014. That number was up from 411 in 2013.

Limón remained the most dangerous canton in Costa Rica with 28 killings and a homicide rate of 22.2 per 100,000 inhabitants, roughly the same as Oakland, California, according to the U.S. Federal Bureau of Investigation’s 2013 Uniform Crime Report.

The capital, San José, with the largest population in the country, remained at the top of many of the report’s crime lists, but OIJ Director Francisco Segura noted a troubling increase in crime across the province of Alajuela.

This is especially so in the canton of San Carlos, which is home to La Fortuna and the popular tourist attractions of Arenal Volcano and its eponymous lake. San Carlos reported 431 burglaries of homes – 5.5 percent of the national total – roughly 1.1 robberies per day. The cantons of San Carlos (233) and Alajuela (191) had the second and third highest reports of non-home robberies after San José (335). San Carlos saw a crime wave hit the northern canton in August and September 2014 that included the nearby Guanacaste community of Nuevo Arenal.

During his remarks at the report’s presentation, Segura said that the increases in crime in Alajuela might be the results of police crackdowns in San José that pushed criminals to other parts of the country. The OIJ director, however, would not speculate on why Alajuela specifically has become the target of these criminals.

Breaking and entering increased 6.9 percent across the country, and was up by 9.7 percent in Limón. The report saw the use of firearms in these crimes drop slightly, but Segura warned that this did not mean crime was getting less violent.

“Assaults continue to be violent. The reduction in the use of firearms is small. We can celebrate the fact that there are fewer guns, but … there continues to be a large number of assaults,” Segura said.

The OIJ director noted that while Costa Rica remains relatively safe compared to some of its Central American neighbors, who routinely rank among the most dangerous countries in the world by the United Nations, “there has been an important increase in the level of violence.”