Mexico’s Peña Nieto asks for investigation into his mansions 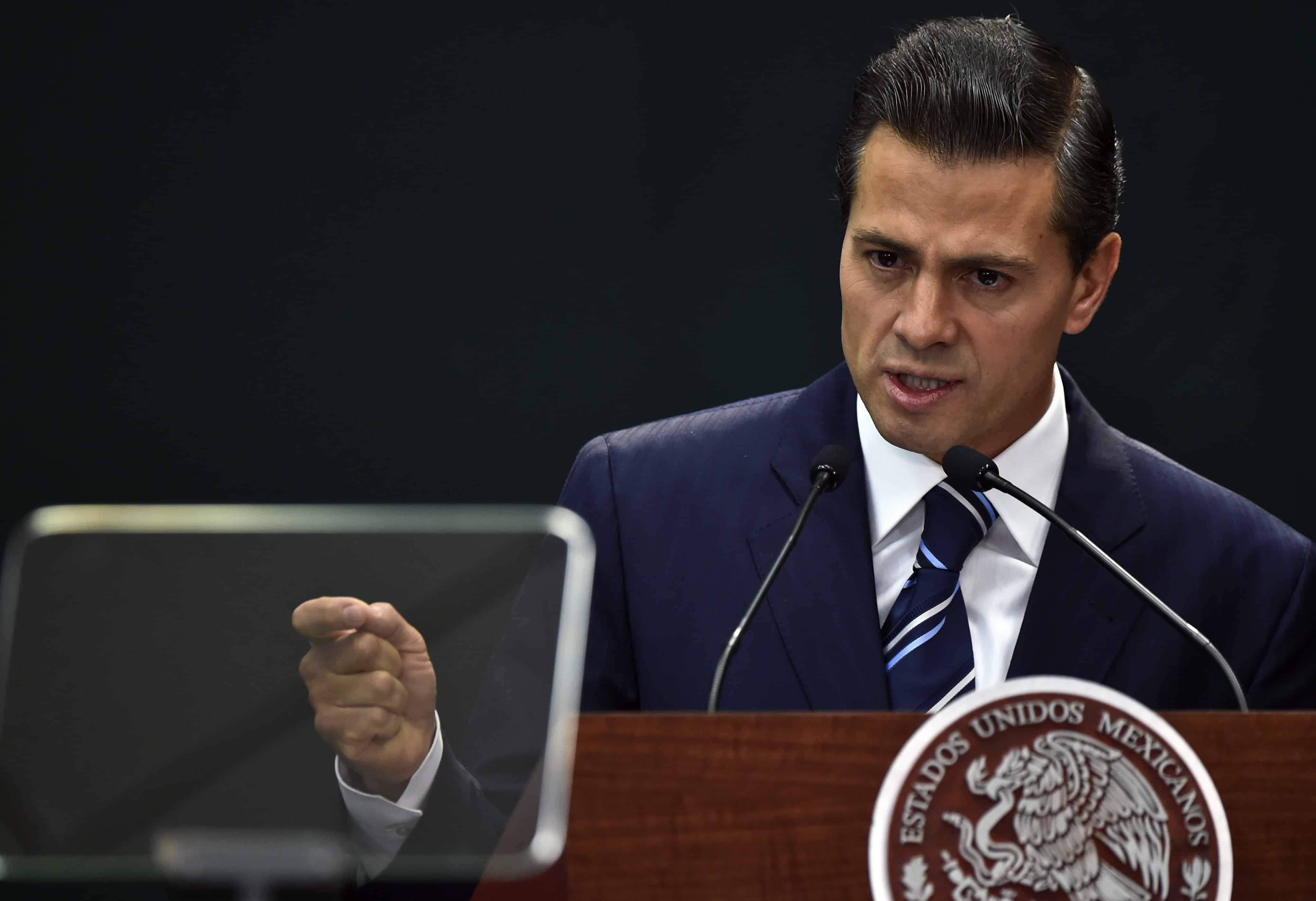 MEXICO CITY – Battling favoritism accusations, Mexico’s scandal-hit President Enrique Peña Nieto announced on Tuesday an investigation into houses that he, his wife and his finance minister bought from government contractors.

Peña Nieto, who has been under fire over the purchases of his family’s luxurious homes, denied that there were any conflicts of interest in the transactions with companies that have won lucrative government contracts.

“This has never been the case in my responsibility as president or in my previous public offices,” Peña Nieto said in televised remarks.

“Reaffirming my commitment with transparency and accountability, I have asked the Public Service Ministry to investigate and resolve whether there were, or not, conflicts of interest,” Peña Nieto said.

The Mexican leader presented a new anti-corruption czar, Minister for Public Service Virgilio Andrade Martínez, and asked him to form a panel of experts to review the results of the investigation.

A scandal erupted because a few days before the news report, Peña Nieto canceled a $3.7 billion contract that had been awarded to a Chinese-Mexican consortium that included the contractor, Grupo Higa.

Then in December, Finance Minister Luis Videgaray acknowledged that he had also bought a home from the same contractor two months before Peña Nieto took office in December 2012.

In January, The Wall Street Journal reported that Peña Nieto bought a house from another government contractor on a golf course in 2005, when he was starting his term as governor of Mexico State.

Peña Nieto, Rivera and Videgaray have all denied any wrongdoing.

But the revelations came as Peña Nieto faces the biggest challenge of his presidency over his admnistration’s handling of the presumed murder of 43 college students by gang-linked police.

Watch a video of Bloomberg reporter Brendan Case asking Finance Minister Luis Videgaray about the interest rate he obtained on his Grupo Higa home, during a Jan. 30 press conference (in Spanish):