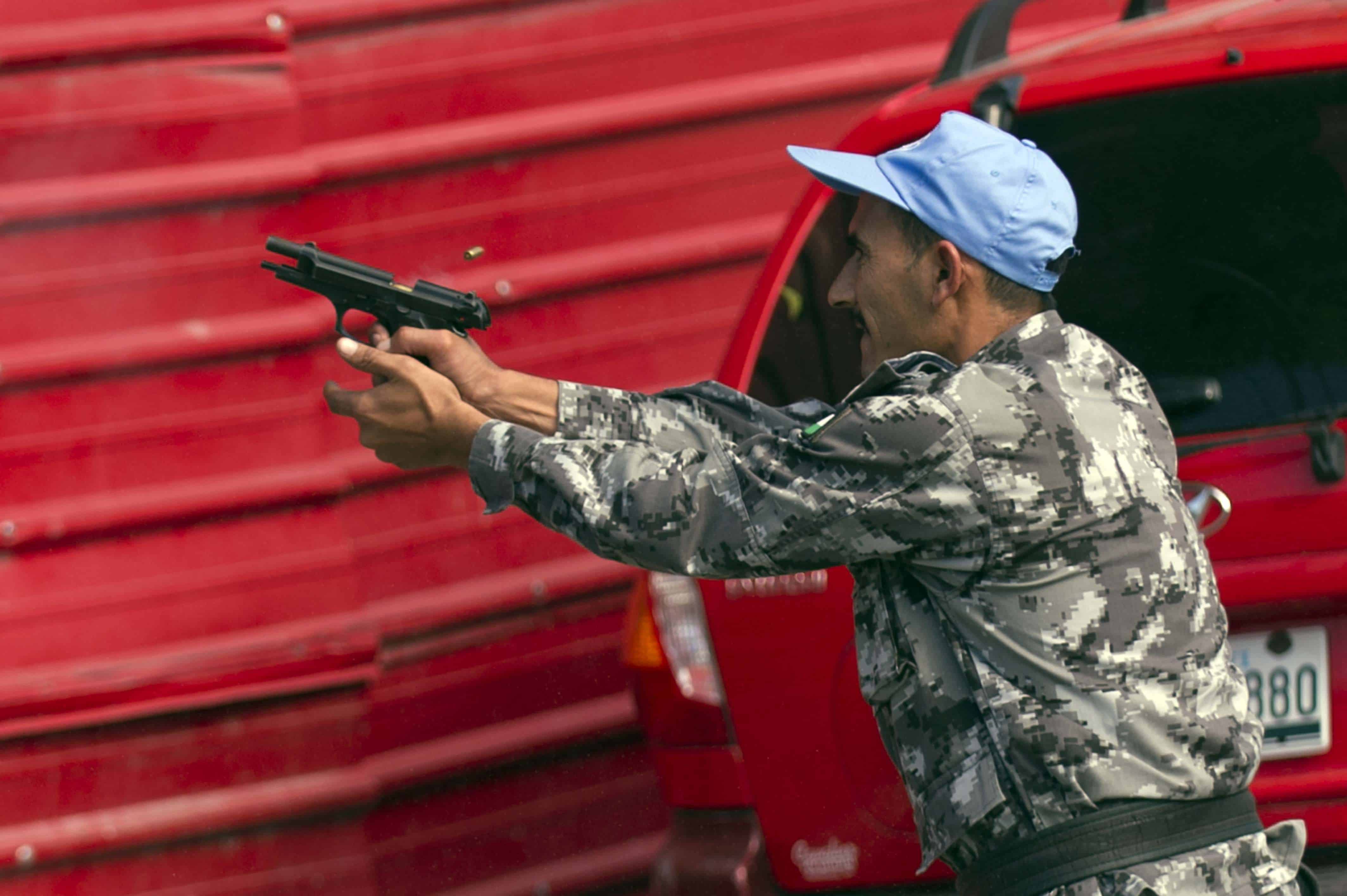 A member of the United Nations Stabilization Mission in Haiti (MINUSTAH) fires his gun against demonstrators during clashes in a protest against the government of President Michel Martelly in Port-au-Prince, Haiti, on Dec. 12, 2014. (Héctor Retamal/AFP)

The unrest was only the latest in a series of demonstrations by opposition supporters demanding the resignation of President Michel Martelly and Prime Minister Laurent Lamothe.

The march in downtown Port-au-Prince, which still bears the scars of a devastating January 2010 earthquake, was broken up when U.N. blue helmets fired tear gas grenades.

Martelly’s foes accuse him of preparing to return Haiti to dictatorial rule, amid an ongoing political crisis in the unstable and impoverished Caribbean island nation.

An advisory commission set up by Martelly recommended Tuesday that Lamothe resign and a national consensus government be formed.

Martelly appointed the commission to propose a way out of a long-running crisis created by the failure to hold parliamentary elections over the past three years.

The United States welcomed the report, and reiterated its support for holding elections.

The Haitian parliament’s mandate runs out Jan. 12, which will leave Martelly ruling by decree, a situation that the opposition suspects he would secretly welcome.

The commission also urged Martelly to disband the country’s electoral council over its failure to organize elections and to free political prisoners. Demonstrators protest against the government of President Michel Martelly in Port-au-Prince, Haiti, on Dec. 12, 2014. Héctor Retamal/AFP