In this holiday season, finding ways to make a difference 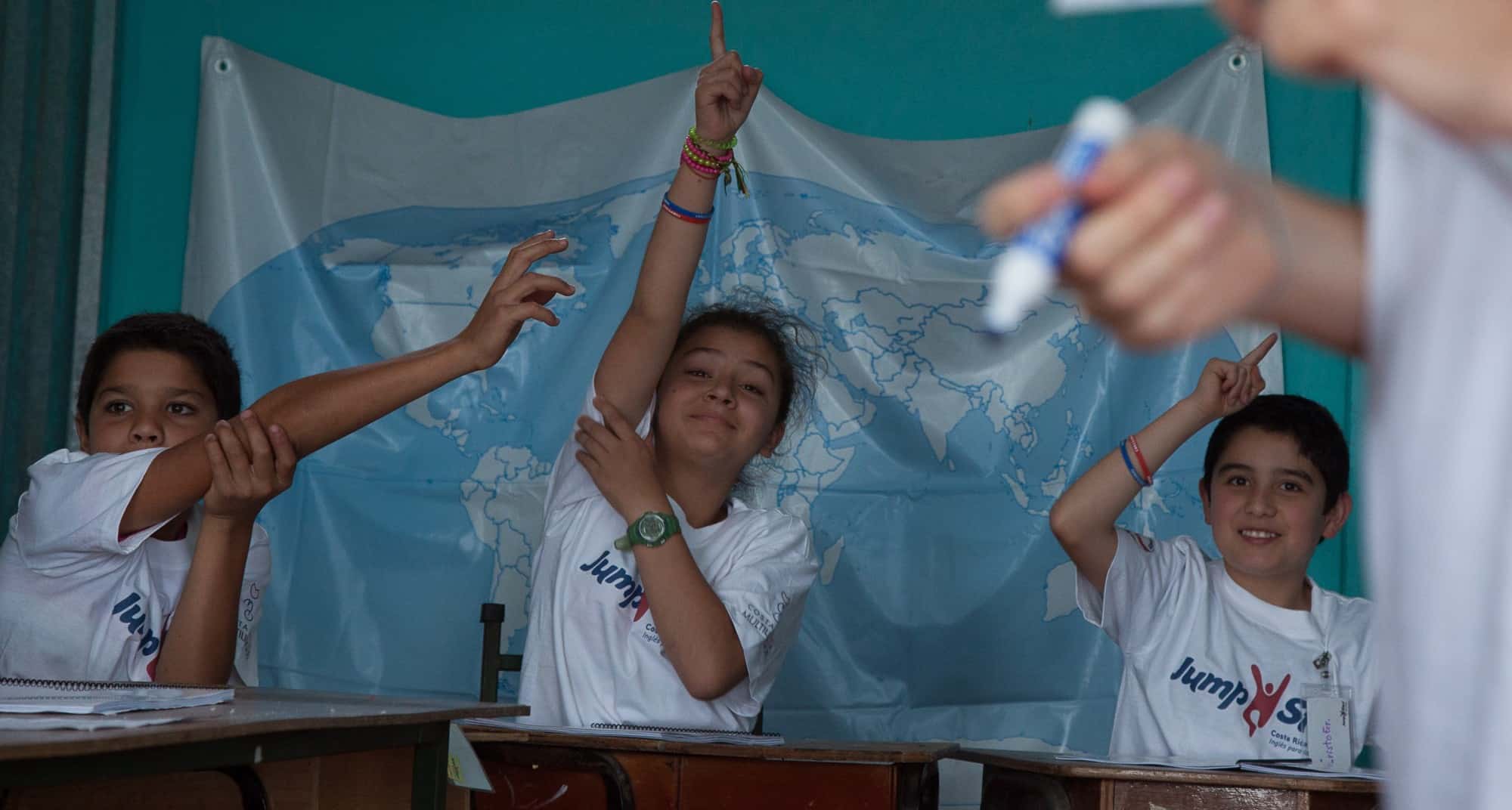 In the low-income neighborhood of Rincón Grande in western San José, a young woman has finished her last tests of the school year. Instead of hanging out with her friends, though, she’s taking one more, of her own volition: the entrance interview for a vacation English camp in her community. She smiles shyly in the empty classroom, which is actually a store in the strip mall her high school is renting as a makeshift facility. “I really want to learn,” she says. “I really want this opportunity.”

In the northwestern province of Guanacaste, a pregnant elementary school teacher is finishing a tiring school year. When January rolls around, along with her well-earned summer break, she has a perfect opportunity to put up her feet before her baby arrives – except that she won’t. Instead, eight months pregnant, she’ll teach and receive hands-on training every day at her local English camp.

In the shadow of Turrialba Volcano, parents are organizing movie nights to raise funds for their kids to attend a camp. In La Lucha, in the Southern Zone, community leaders are hard at work raffling off a cow so they can cover basic costs. In the town of La Mansión, a U.S. Peace Corps volunteer is teaching yoga as a fundraising method. In the U.S. state of Oregon, a group of volunteers are meeting to plan their trip to Costa Rica in January to teach. And in Arizona, the parents of three young children just decided to forego printing their annual Christmas card in order to donate to help Costa Rican kids they’ve never met attend an English camp for the first time.

These people are just a few examples of the remarkable students, teachers, volunteers, parents and donors who have made JumpStart Costa Rica, an initiative of the nonprofit Costa Rica Multilingüe Foundation in partnership with the Peace Corps, such a success; the completely donation-based initiative, now in the midst of its holiday fundraising campaign, is poised to provide intensive English training for low-income students and hands-on professional development for Costa Rican teachers all over the country during Costa Rica’s school vacations this coming January. These people are expert foragers, turning unused classrooms, time and resources into educational gold. They are a source of daily inspiration for me, as the coordinator of the project.

Their determination, commitment and selflessness also represent a broader spirit of giving that we at The Tico Times want to highlight this holiday season, so we are proud to introduce two efforts to continue what has always been a central part of our mission as a newspaper: to shine a light on communities, organizations and individuals doing great things in Costa Rica and connect them with interested readers. Our new monthly column “Changemakers,” by Sylvia Arias Penón, will profile leaders, social entrepreneurs and others around the country and region who are doing great things to improve their communities, nations and world. “Giving Back” is an occasional series featuring nonprofit and other donation-based community initiatives, whether through op-eds such as this one, or feature stories. This country is full of people young and old who are taking innovative and generous steps to improve education, conservation, health care and more. Instead of cursing the Black-Friday-ness of the world today, they’re lighting a candle. And that’s a gift worth passing on.

See also: A search for Central America’s own Malalas

Katherine Stanley Obando is The Tico Times’ arts and entertainment editor and the author of the twice-monthly Maeology column. She also is a freelance writer, translator, former teacher and academic director of JumpStart Costa Rica. She lives in San José. Nominations for the occasional “Giving Back” series can be sent to her at kstanley@ticotimes.net. For more information on JumpStart Costa Rica or to participate in the initiative’s holiday campaign, visit the project’s website.