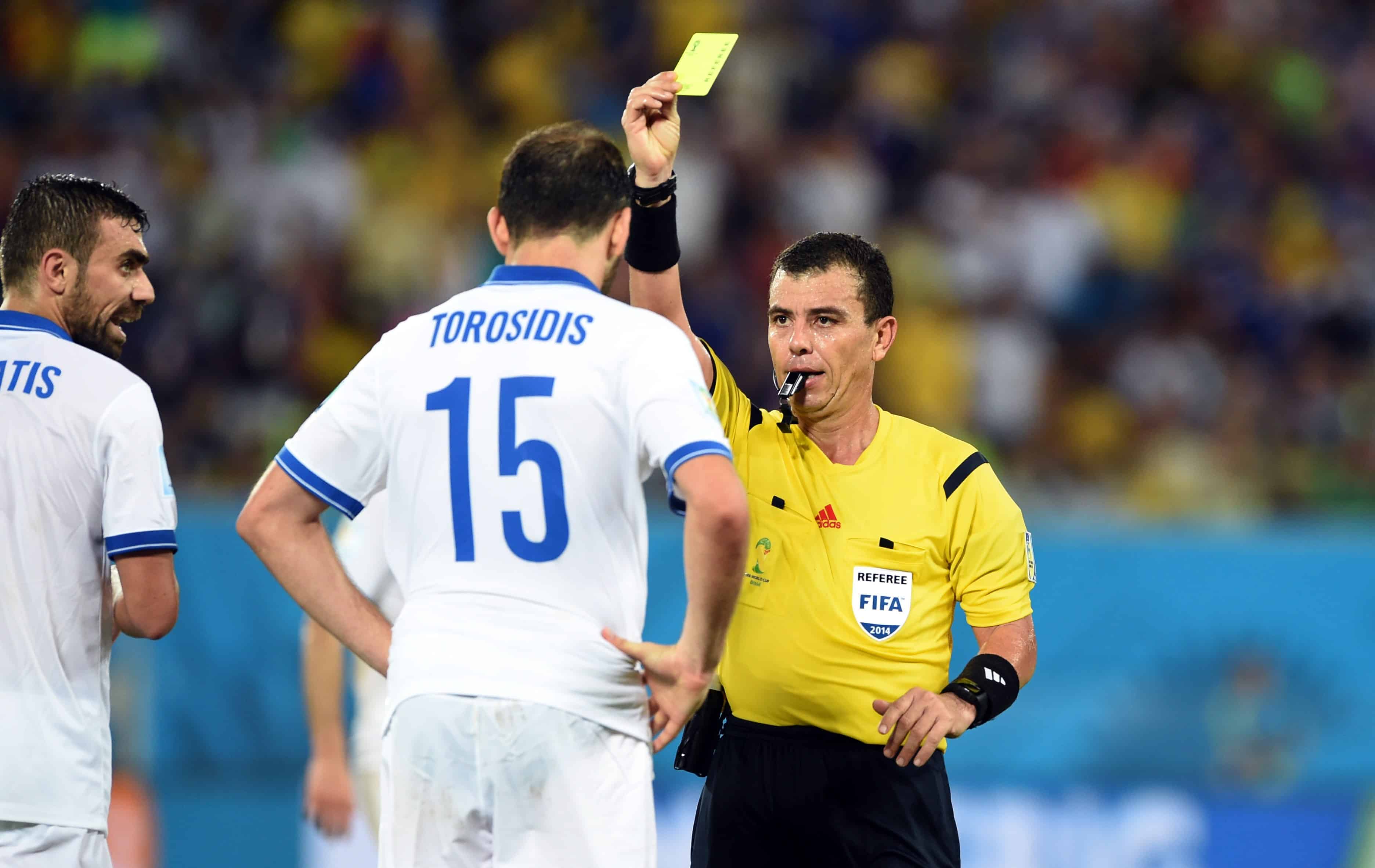 From Joel Campbell's experience in the Greek league to the heat in Recife, Costa Rica would have plenty of advantages against frustrated Greece. (AFP)

All four Group C teams remain alive in the World Cup. One of those four will face Costa Rica in the knockout round this weekend. The Ticos should be hoping to face the offensively deficient Greeks.

The Ticos grabbed the top spot in Group D on Tuesday morning, which means they should avoid a treacherous Colombian team who already have qualified for the knockout round and virtually have clinched the Group C title.

La Sele most likely will face the winner of Ivory Coast vs. Greece. If Ivory Coast and Greece tie, then the African nation advances barring a miracle from Japan. The Japanese, while on the outside looking in, have a long-shot chance to finish second in the group and set up a date with Costa Rica.

Costa Rica plays Sunday at 2 p.m. in Recife — the sweltering city where the well-conditioned Ticos topped Italy last Friday. The Group D title also puts Costa Rica on the opposite side of the bracket as tournament favorites Brazil. The Ticos would meet the winner of the Netherlands-Mexico in the quarterfinals.

Let’s not get ahead of ourselves. Here’s a look at all four of Costa Rica’s possible opponents for the Last-16, and how the Ticos match up.

In order of likelihood to finish second in Group C:

IVORY COAST
How has the Ivory Coast done so far?
The Elephants are laden with talent, including longtime stars Didier Drogba and Yaya Touré. The Ivory Coast qualified for its first- and second-ever World Cups in 2006 and 2010, but were bounced out early after falling into difficult groups. This time the African nation landed in a much more workable group. If they can avoid a loss to Greece, they’ll almost certainly advance.

GREECE
How has Greece done so far?
The Greeks have looked pitiful in their first two matches — a 3-0 loss to Colombia and a scoreless tie with Japan. Still, Greece can control its own destiny by simply upsetting Ivory Coast (and hoping Japan doesn’t shock Colombia). Greece, playing in their third World Cup ever, has never made it to the knockout round of the World Cup. But the squad has a stellar defense that could possibly shut down the Ivory Coast and give the Greeks a chance for victory. If they can score their first goal of the tournament…

How does Costa Rica fare against Greece? The Ticos and Greeks are both teams that have ridden a strong defense to World Cup qualification. But unlike Greece, La Sele has discovered an offense in Brazil. Greece has not scored in either of its two matches. And Greece has other issues besides its attack, such as locker room tensions and how the European squad will manage against Costa Rica under the Recife humidity (where the Ticos already beat Italy). Moreover, La Sele star striker Joel Campbell played this past season in the Greek league for champions Olimpiakos, so he knows the players and the style. With Campbell and company capable of breaking Greece’s defense at some point during the match, this looks like the most promising matchup for Costa Rica. Root for the Greeks to get on the scoreboard and top the Ivory Coast.

JAPAN
How has Japan done so far?
Japan is the last team to beat Costa Rica — and the decisive victory took place just a few weeks ago. The Blue Samurai blitzed the Ticos with its speed en route to a 3-1 victory on June 2 in Tampa, Florida. But the Japanese are not a very impressive squad as evidenced by their desperate position in Group D. Japan fell to the Ivory Coast, 2-1, in a fairly uneventful World Cup opener (the Ivory Coast goals came within two minutes of each other). The match against Greece was a debacle. The Greeks had their captain ejected from the field. Yet the 10-man Greek lineup neutralized the Blue Samurai’s quickness, and the teams played to an interminable 0-0 tie. As a result, the Japanese need to beat the powerful Colombians to have a chance to advance. They’ll be eliminated no matter what if the Ivory Coast beats Greece.

How does Costa Rica fare against Japan?
Costa Rica coach Jorge Luis Pinto tends to hold back in his team’s warmups. He would likely have a strategy ready to stop Japan’s fleet-footed counterattack. As much as we’d like to see Sloth Kong face off against Godzilla in the Last-16, the scenarios seem far from likely with Colombia heavily favored to finish off Japan. If it does happen, Costa Rica should feel confident about getting some sweet revenge.

COLOMBIA
How has Colombia done so far?
Colombia returned to the World Cup for the first time in 16 years, and have looked in fine form despite the loss of the team’s biggest star. The Cafeteros looked incredible in South America qualifying, finishing second in a tough region thanks to superstar skills of Radamel Falcao. But Falcao tore his ACL in late January, and couldn’t recover in time for the World Cup. This time, unlike in 1994 and 1998, Colombia wouldn’t falter among high expectations. James Rodríguez and the Colombians shut down Greece 3-0 in the opener and handled the Ivory Coast 2-1. The Ivory Coast would have to beat Greece, and Colombia would have to get beat badly by Japan for the Colombians to lose their hold at the top of the group. So the Colombians will almost certainly end up as the Group C champions and play the second place Group D team in Rio on Saturday afternoon.

How does Costa Rica fare against Colombia? Well, the Ticos have one factor working in their favor (which they’ve repeatedly touted in the last few days): Pinto is Colombian and once coached the team. He might have some insights into how to thwart the Cafeteros, but this is a dangerous South American team.

Costa Rica announced 21 new coronavirus-related deaths over the last day for a total of 781, according to official data…

Save The Waves Coalition has named Playa Hermosa in Garabito, Puntarenas as a World Surfing Reserve (WSR), the non-profit announced…