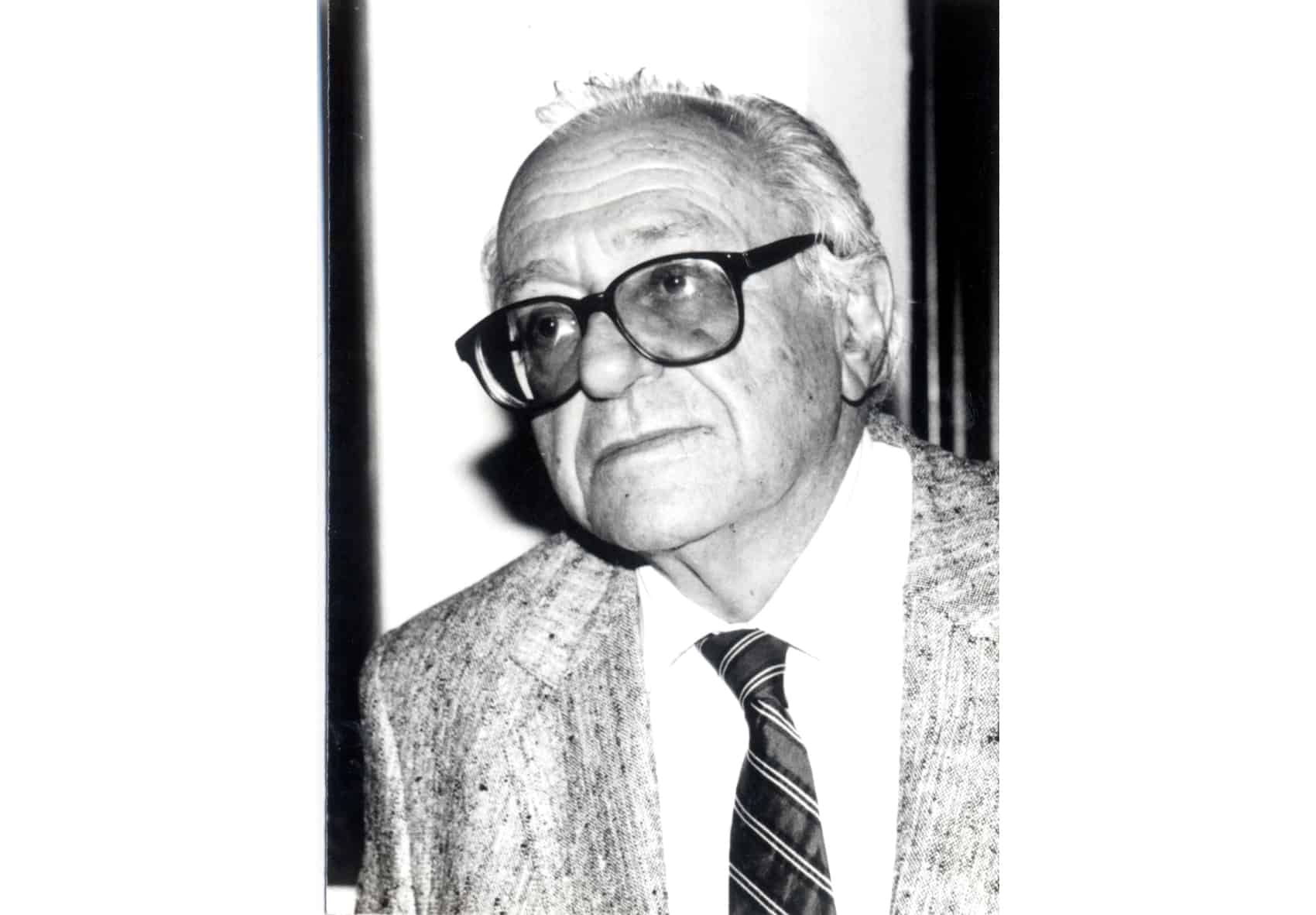 Cañas, who helped found the Citizen Action Party (PAC) that delivered Solís to the Casa Presidencial – uprooting half a century of the two-party political system that Cañas and others created – was an intricate part of Costa Rica’s political and cultural DNA.

On Sunday morning, a legislative honor guard received Cañas’ casket in the main chambers of the Legislative Assembly. Later, a wake was held in San José’s National Theater, a tribute to a man who served his country both as a lawmaker and Costa Rica’s first culture minister, among many, many other contributions.

Solís paid his respects to Cañas, a man the president said helped guide his political formation, on Sunday afternoon, stating that, “Don Beto told me once never to lie or steal as a politician,” the daily La Nación reported.

On his Facebook page, Solís said he was “profoundly moved by the death of don Alberto Cañas Escalante. Friend, mentor, we loved each other deeply.”

Cañas was born in San José on March 16, 1920. After graduating with a law degree from the University of Costa Rica, he joined the world of journalism at the Diario de Costa Rica. Following the Revolution of 1948, Cañas helped found the National Liberation Party, along with political icon José “Pepe” Figueres. By this time, Cañas already had served as Costa Rica’s ambassador to the newly formed United Nations.

Under Liberation, Cañas served as foreign vice minister and San José lawmaker. But he also helped further a trend begun in Costa Rica at the end of the 19th century to promote the arts; or as Costa Rican novelist Rodrigo Soto describes it, “Costa Rican coffee exporters built a theater and not a military barracks, racetrack or social club.” Cañas was very much in line with that thinking.

After the Civil War of 1948, several intellectuals on the winning side of José “don Pepe” Figueres chose theater as a means of expression. Among these were playwrights Samuel Rovinsky and Alberto Cañas. The latter, as the country’s first culture minister, took the first decisive step toward professionalizing theater in Costa Rica by creating the National Theater Company.

Soto notes that “the creation of the Culture Ministry in 1971 and the National Theater Company shortly after gave a huge push to Costa Rican theater. In those years – still recalled by some as a ‘golden age’ of theater in the country – the government took a highly active role in promoting the arts and culture in general.”

A true polymath, Cañas also directed, edited or founded the Costa Rican newspapers Excelsior (1974-1978) and La República. He was president of the Costa Rican Journalists Association and Editorial Costa Rica, a government publishing house created in 1959 to promote Costa Rican authors. He was a prolific writer and won several awards, served on the board of the Costa Rican Social Security System, and according to La Nación, was director of the University of Costa Rica’s journalism school and dean of its fine arts faculty.

All of this earned Cañas tremendous respect and the right to freely speak his mind – which he usually did.

When he helped form PAC in 2000, it was clear he believed Costa Rica’s two-party system had run its course, and Cañas felt it was time to challenge Liberation. There also was no love lost between Cañas and former president and Nobel Peace Prize winner Óscar Arias (1986-1990, 2006-2010). Here are a couple of Cañas’ quotes regarding Arias, compiled by crhoy.com:

Luckily, I think they buried Óscar Arias and sent him where he belongs, which is a locked closet in his home.

What does this country owe Óscar Arias? He’s been president twice. What has he done? Nothing, that I know of.

Between Laura Chinchilla and Abel Pacheco, I’d go with Abel. At least he didn’t do anything. But this one [the Chinchilla administration], what they’re doing is madness. Abel Pacheco demonstrated that Costa Rica can live without a president, but this señora has shown us that, no, they’re sinking it [the country].

Don Beto also was a close friend of The Tico Times and its former publisher, Richard Dyer. The Tico Times often turned to him for biting analysis or a colorful quote. A May 6, 1994 story notes that, “When Legislative Assembly President Alberto Cañas administers the oath of office to José María Figueres [son of Don Pepe Figueres] Sunday, he will complete a cycle in Costa Rican history that took the nation from a civil war to a shining example of democracy.”

Two decades later, and no longer a member of Liberation, Cañas would assail the Assembly and his former party over lawmakers’ inability to elect its own directorate due to political squabbling.

“The scenes we all saw on television were embarrassing. It shows nothing but the decay of political leadership, and political leaders who have lost all sense of shame and don’t mind being part of a sad show,” Cañas told The Tico Times in May 2011. “Everything wrong that has happened to the party has to do with the people the PLN picks to run for the assembly. They’re third-class politicians.” (In case you’re wondering if his comments are still relevant, see our story about current PLN lawmaker Silvia Sánchez: “Possibly the worst interview ever.”)

Earlier that year, with the public health care system, or Caja, on the verge of collapse, Cañas noted that, “It’s no secret that private practices would benefit if Costa Rica’s Social Security System goes broke. It’s time to hold former [Caja] directors accountable for the damage they have caused and imprison some of them.”

In 2005, he strongly denied in a Tico Times interview an ongoing rumor that Pepe Figueres had been on the KGB’s payroll. The accusation was put forth by Soviet defector Vasili Mitrokhin, among others, and alleged that Figueres held secret meetings with a KGB agent and accepted more than $300,000 from the former spy agency, some of which was intended to influence stories in the newspaper Excelsior while Cañas was the paper’s editor.

“The Soviets wouldn’t be able to buy [Figueres] for that cheap,” Cañas told The Tico Times. “[This allegation] is so stupid it made me laugh.”

It was that blend of intellect, wit, cynicism and scorn that led generations of journalists and students to seek Cañas’ counsel all the way up to his death Saturday at the young age of 94. In a final interview with La Nación on June 3, Cañas keeps reporter Diego Castillo on his toes:

Castillo: “With the passing of time, could PAC lose its way?”

A funeral will be held for Alberto Cañas today at 10 a.m. in the Iglesia Don Bosco in southwestern San José before he is laid to rest in the Cementerio General.