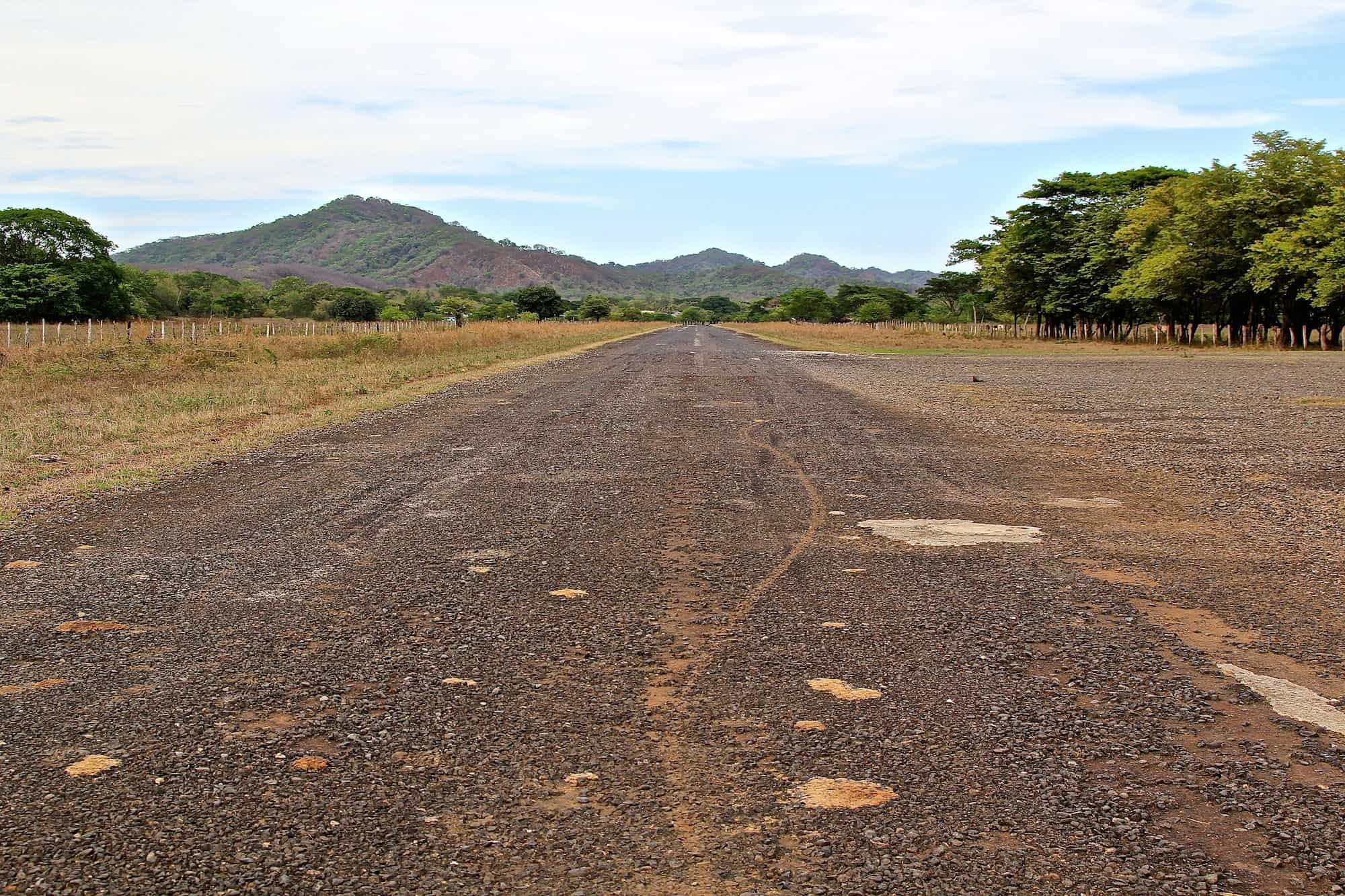 TAMARINDO, Guanacaste – Two weeks ago, Tamarindo Airport was shut down by Costa Rica’s Civil Aviation Authority due to runway safety concerns. Now the company that owns the land – Hotel Diria Beach Resort Group – has stated that it will “continue with its aeronautical operation once everything is resolved.”

“Everything” includes working with consultants and construction companies to come up with quotes and alternatives solutions for repairing and reopening the runway, according to Diria Director Manuel Rockbrand.

The comments came after two weeks of radio silence from the Diria following the airport shutdown, which caused local residents and business owners to fear they were losing their airport for good. Without it, the town’s tourism-drive economy would take a hit, residents said.

While the Diria’s recent statements cleared up some of the misconceptions and put minds at ease, important questions about the airport’s future remain.

The Tamarindo airstrip lies on a large piece of the Diria’s privately owned land; land that is home to a driving range and may become a full-scale golf course. With signs, billboards and the recent completion of a model home advertising a future residential golf community, it’s no secret that the Diria has plans for the area.

According to a statement made by Civil Aviation at a recent meeting, its authorities first began sending safety reports to the Diria in 2009, informing the administration the runway needed attention. Five years passed and more memos were sent, but no one from the Diria responded.

So when the airport was temporarily shut down, some local residents feared the worst. One of them was Guido Scheidt, a pilot and area resident whose company, Auto Gyro America, has flown scenic gyrocopter flights from the Tamarindo Airport for over five years. He organized community fundraising to fix the runway, but once he heard the Diria’s statements, Scheidt admits the effort may have been premature.

“The Diria said they are not looking for help,” he said. “They don’t need financial help to rebuild the runway.”

Diria representatives told the group they remained silent until now because they had been negotiating with construction companies and contractors to determine a budget for runway repairs.

When it comes to Diria’s long-term plans for the airport, Rockbrand and other Diria representatives have declined to comment.

The uncertainty over the airport’s future has created frustration for Tamarindo businesses – particularly three real estate conglomerates reportedly interested in donating land for a new public airport. Those projects include Reserva Conchal in Flamingo, Hacienda Pinilla in Avellanas and a group in Tempate.

Once a location is chosen, the project could take up to three years to complete. Business owners say they are eager to get started and disappointed with lack of information coming out of the Diria. For a new runway to succeed in this region, it would rely on the service of regional airlines Sansa and Nature Air – both of which seem unlikely to add a new route so close to Tamarindo’s airstrip, should it remain open.

As for an exact date for the reopening of the airport, Rockbrand didn’t know. But the public can expect an announcement soon, he said.