Costa Rica ends year with more than 26,000 ‘irregular migrants’ on the books 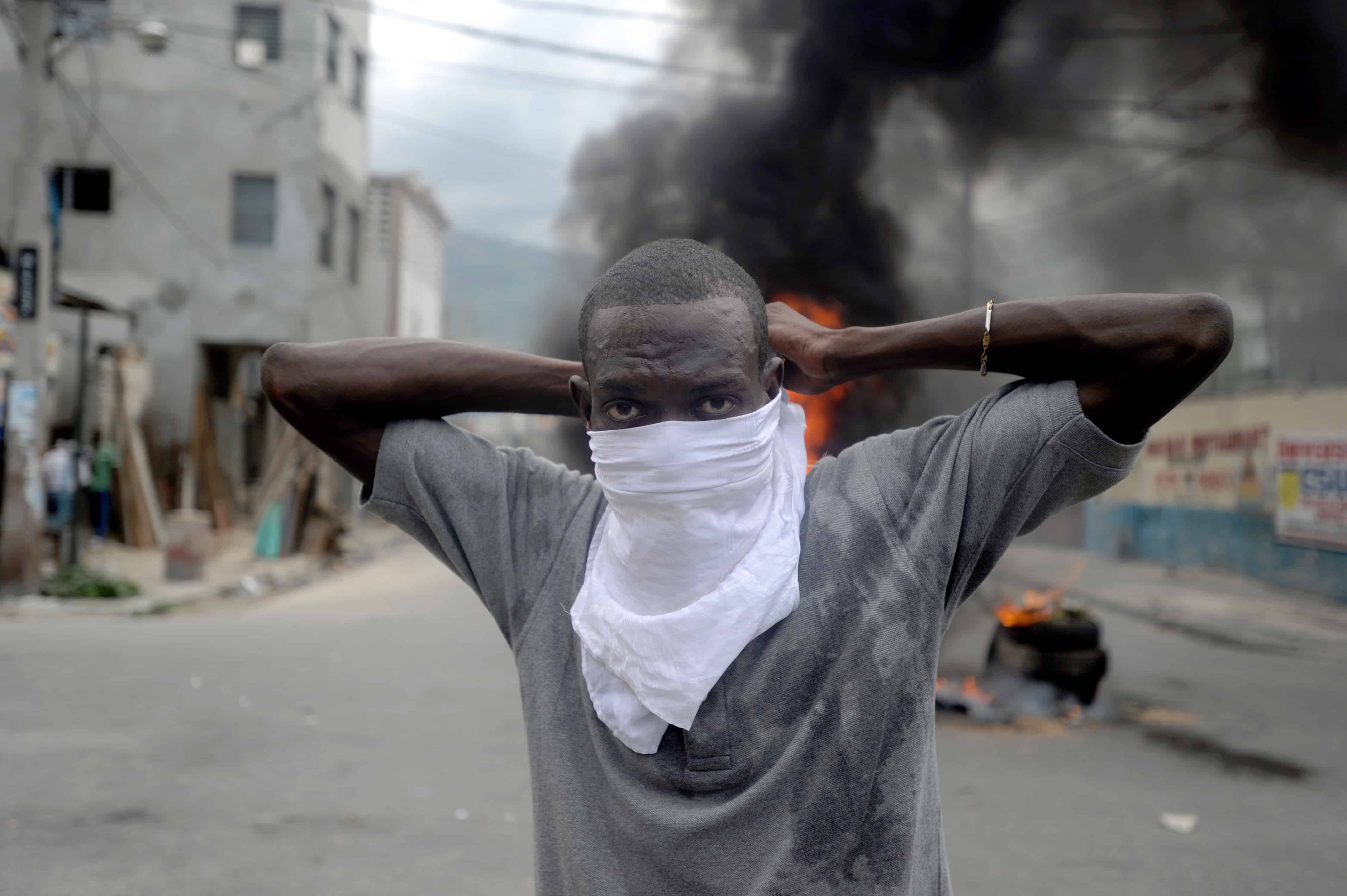 A demonstrator covers his face during an anti-government protest in Port-au-Prince, Haiti, on May 14, 2014. Protesters marched through the streets calling for the resignation of Haitian President Michel Martelly. (Héctor Retamal/AFP)

PORT-AU-PRINCE, Haiti – Clashes between protesters and police marked Haitian President Michel Martelly’s three years in power Wednesday, with at least one person shot in the confrontations.

While Prime Minister Laurent Lamothe appealed for calm, a gas station went up in flames as demonstrators denounced perceived abuse and corruption in the poverty-stricken Caribbean country.

Calling for Martelly’s resignation, opponents gathered near the presidential palace in the capital Port-au-Prince, where supporters of the singer-turned-head of state had assembled for a concert.

At least one person suffered gunshot wounds during clashes between protesters and police elsewhere.

“We can’t go back to the politics of the past. We need to create jobs and change the living conditions for the population,” Lamothe said as he urged restraint.

Amid pressure from the international community, the Haitian government has committed to holding long overdue legislative and municipal elections in late October. The date was set after an agreement brokered by the country’s Catholic Church. While welcomed by the international community, Haiti’s main opposition parties have rejected the deal.

The poorest nation in the Western Hemisphere has long suffered from political deadlock.

Bitter disagreements between politicians have threatened already painfully slow reconstruction following a devastating earthquake in January 2010 that killed around a quarter of a million people.

Four years on, hundreds of thousands are still living in squalid makeshift camps.

Martelly has faced protests over the slow pace of rebuilding.