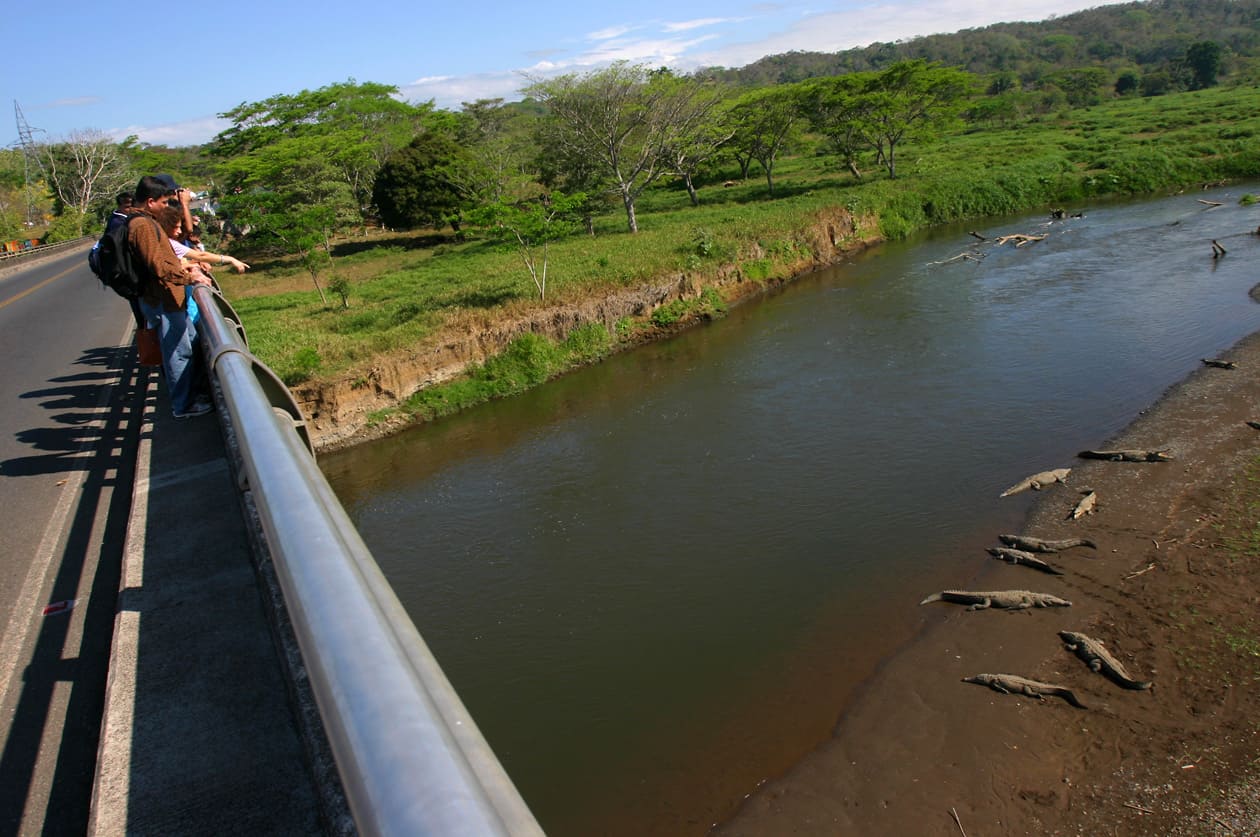 Tourists look at crocodiles on the bridge overlooking the Tárcoles River, the site where a 22-year-old Nicaraguan was eaten by crocodiles Tuesday. (Mónica Quesada/The Tico Times)

Clothing recovered at the scene has led officials to say victim likely entered the river from the shore, but witnesses on the bridge still claim Jirón jumped.

The Costa Rican Red Cross is continuing their search this morning for the remains of 32-year-old Nicaraguan Omar de Jesús Jirón, who was devoured by crocodiles in the Tárcoles River near the Pacific beach town Jacó. The five-person team has so far been unsuccessful in their search, which began Tuesday night.

Details of how Jirón ended up in the crocodile-filled river remain murky as the police, Red Cross and Judicial Investigation Police (OIJ) all issued conflicting reports.

The OIJ press office said Jirón did not leap off the bridge, but got off a bus at the end of the bridge and walked to the riverbank to go swimming. OIJ officials said Jirón had been fired from a construction job for drinking at work and was likely intoxicated when he entered the river.

The daily La Nación reported this version of events Tuesday night, citing a man described as Jirón’s friend and former co-worker, who the newspaper said was with the missing man when the tragedy happened.

The Tico Times has obtained a photo of the moment Jirón was attacked, but has chosen not to publish it. The photo, taken Tuesday evening, graphically shows Jirón being attacked and dismembered by at least six crocodiles.

Correction 2 p.m. May 1: OIJ officials revised their previous statement that Jirón was 22-years-old. They now say he was 32.

This story is in development. Follow updates at ticotimes.net