Semana Santa by the numbers: 97 serious injuries, 1,225 arrests and a bunch of seized Judas dolls 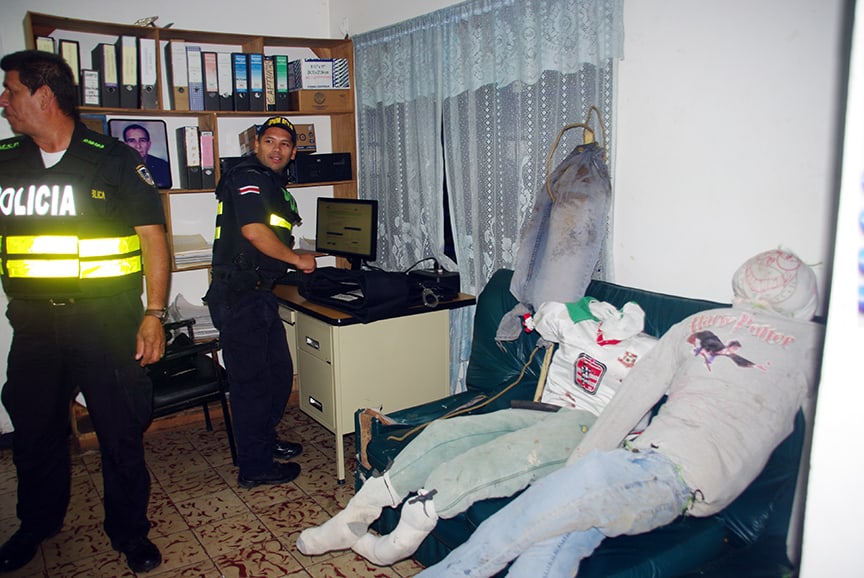 Police hang out after shutting down effigy burnings during illegal "Burning of Judas" ceremonies while seized effigy dolls chill on the couch. ((Courtesy of Public Security Ministry))

Due to a high volume of holiday vacationers, raucous beach parties and drunk-driving accidents usually accompany the deeply religious processions and church services of Semana Santa. This year was no exception.

Police, the Red Cross and the National System of Conservation Areas all conducted special operations from April 11 to 20. The sum of their activities ranged from the expected – attending car accidents – to the tragic – recovering drowning victims – to the absurd – seizing giant dolls used for effigy burnings. Here is a breakdown of the numbers.

were arrested for irregular immigration

were arrested for vandalism

As we reported last week, one of the largest seizures for the week was in illegally transported fish. As bizarre as confiscated seafood may seem, the strangest seized items were the 20 human-sized dolls that allegedly would have been used as effigies for “Burning of Judas” ceremonies.

Among other things police seized:

grams of cocaine and 105 single doses

Car accidents and riptides wreaked the most havoc this Semana Santa, injuring and killing dozens of vacationers.

water rescues by either the Red Cross or Coast Guard

were from traffic accidents

were from other or unknown circumstances