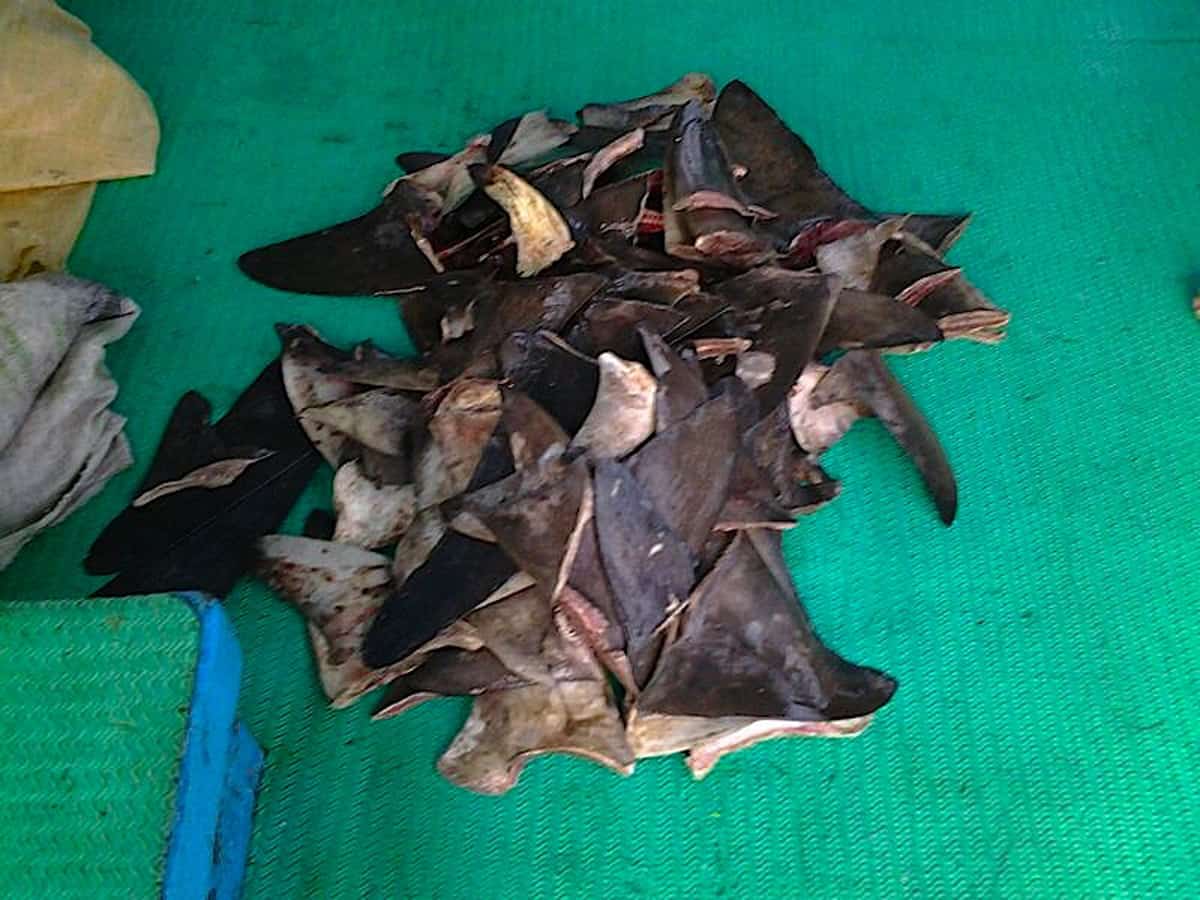 Coast Guard officials seized 153 shark fins from a boat near Golfito in the country's South Pacific during a two-day operation last Sunday and Monday. ((Courtesy of the Public Security Ministry))

At least 40 sharks were killed by an illegal shark-finning boat detained off the shores of Golfito in Costa Rica’s South Pacific. The boat was discovered during a two-day Coast Guard operation on Sunday and Monday.

Shark finning – where fishermen catch sharks, cut off their fins and throw them overboard to die – was outlawed in Costa Rica in 2012 due to the devastating impact it has had on shark populations. The practice has grown in popularity parallel to the rise of shark-fin soup as a delicacy in Asia. Finners throw the carcasses overboard to save room in the hulls, killing more sharks. Depending on the animal’s size, a fisherman can get between four and six fins per shark.

The Coast Guard seized 153 fins from a sack on the boat’s deck, and arrested the boat’s captain, who has the last names Chávez Chavarría. In the same operation, officials confiscated 700 meters of trammel nets – illegal in some Costa Rican waters – and intercepted a boat using live bait.