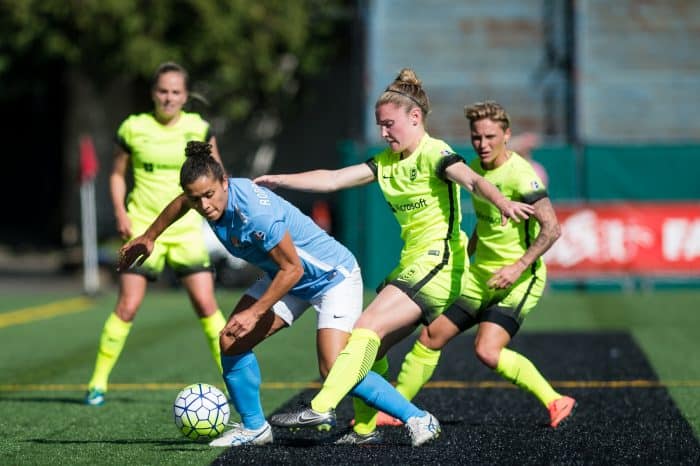 Costa Rica – the first Central American country to host a FIFA World Cup event – blew away previous attendance records for tournament hosts. This is only the fourth edition of the Under-17 Women’s World Cup, but Costa Rica has impressed FIFA officials with the local support.

According to FIFA, 69,735 fans bought tickets to Costa Rica’s three matches during the group stage. That number surpasses the previous record – 46,077 – set by Azerbaijan in 2012 by a significant margin. And Azerbaijan has a population double Costa Rica’s 4.5 million.

Costa Rica’s opening match, a 3-0 defeat to Venezuela, brought a sold out crowd to the National Stadium in San José, with attendence reported at 34,453 fans. The second game, when Costa Rica fell 1-0 to Italy at the National Stadium, attracted 25,624 supporters. The final group stage game, a 2-1 loss to Zambia, counted 9,658 spectators.

Attendance numbers could drop with Costa Rica’s national team now eliminated from the tournament. The quarterfinals begin Thursday afternoon. However the matches at Edgardo Baltodano Briceño Stadium in Liberia, the capital of the northwestern province of Guanacaste, are already sold out. That stadium has a capacity of approximately 5,000.

Tickets are available for the remaining matches at the National Stadium. The championship will take place there on April 4.

Here is the schedule for today’s quarterfinals:

UPDATE: Venezuela, Italy, Japan and Spain are your semifinalists. On Monday, Japan and Venezuela will go head-to-head at 5 p.m. in Liberia. Italy vs. Spain will follow at 8 p.m.