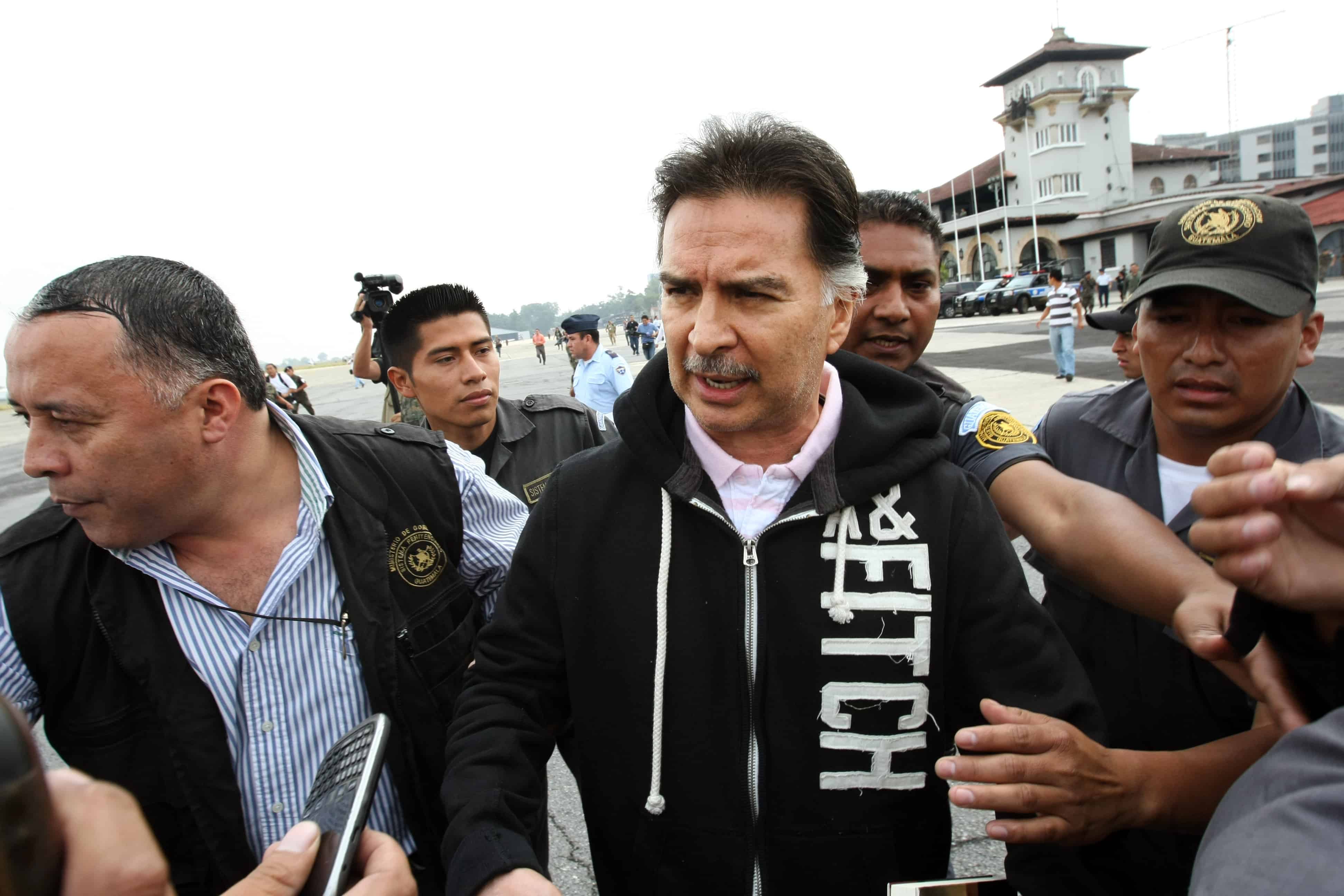 In this file photo, Guatemalan ex-President Alfonso Portillo (2000-2004), right, is taken into custody and escorted onto an airplane to be extradited to the United States on May 24, 2013 in Guatemala City. (AFP )

Alfonso Portillo, the former president of Guatemala, pleaded guilty in New York on Tuesday to conspiring to launder $2.5 million of public funds through a bank account in Miami, Florida.

By entering the guilty plea and agreeing to repay to the United States $2.5 million, which he received in bribes from Taiwan, he hopes to avoid a maximum sentence of 20 years.

Portillo, who suffers heart and lung ailments, was originally accused of swindling $70 million of government money, including funds meant for schoolchildren.

But his guilty plea was restricted to receiving $2.5 million in bribery payments from the government of Taiwan.

President of Guatemala from 2000 to 2004 and the first former Latin American leader extradited to the United States, he admitted conspiring to commit money laundering from 1999 to 2009.

When he was extradited in May 2013 on charges of laundering $70 million, he initially pleaded not guilty in a U.S. court.

He was arrested in January 2010 as he was trying to flee to Belize and had fought hard against his extradition, describing the case against him as “political persecution.”

Portillo was indicted by a U.S. grand jury on charges of embezzling tens of millions of dollars of public funds — including $1.5 million intended for Guatemalan schoolchildren — and laundering the money through U.S. and European banks.

In 2011, he was acquitted in Guatemala of conspiring to embezzle $15 million from the Defense Ministry in 2001.

Although he was the first to be extradited, Portillo is not the first Latin American ex-leader to face U.S. criminal charges.

Panama’s former dictator Manuel Noriega was ousted by U.S. troops in 1989, convicted on drug trafficking charges and jailed in Florida for 20 years.

For Spanish-language readers, Guatemalan online news site Plaza Pública has a fascinating three-part interview with Portillo while he was imprisoned in Guatemala. Read the first of that series here.