Why laid-back Sierpe won these adventurers’ hearts in Costa Rica 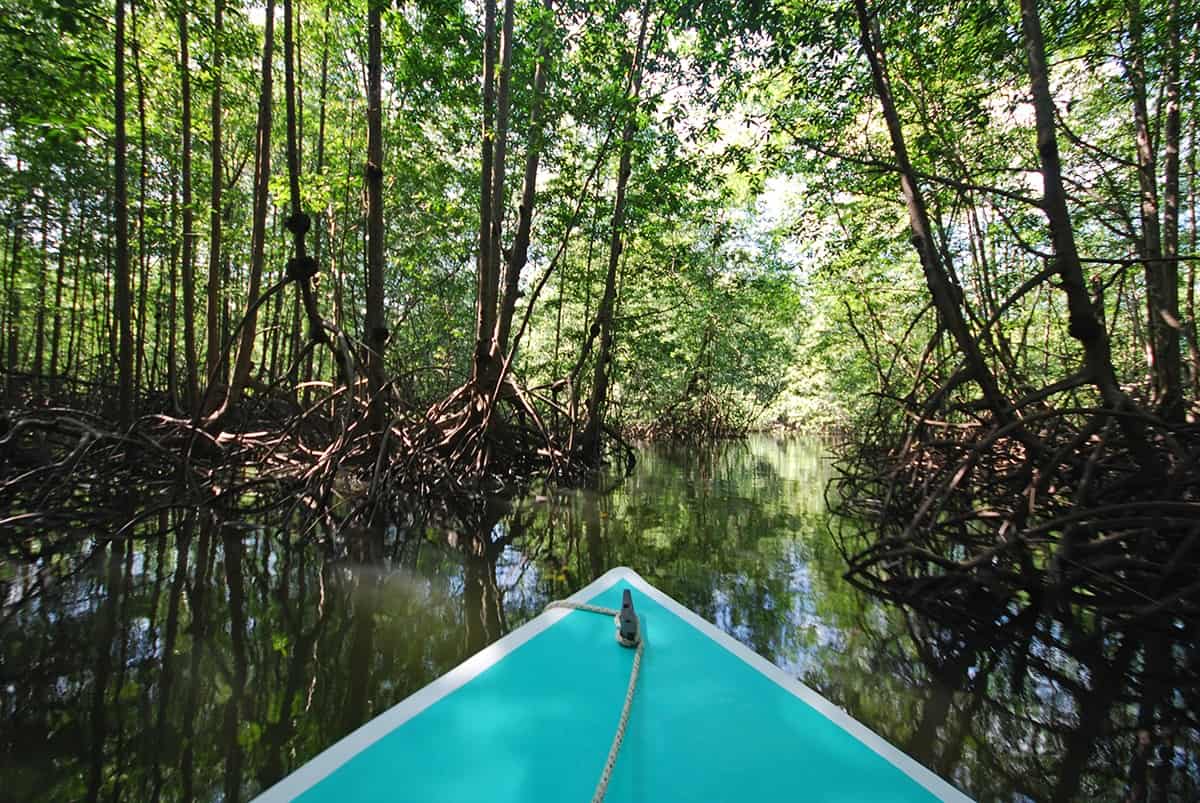 After having hit all the usual vacation spots in Costa Rica (Arenal, Monteverde, Manuel Antonio, and so on), my wife, Lisa, and I headed south down the Pacific highway towards the Osa Peninsula. This was our second trip to Costa Rica and our first time anywhere south of Quepos.

The new sights along the way held our attention. Occasionally the road would run adjacent to a beautiful beach, and Lisa would want to stop. I pushed to get to Sierpe before dark. It’s a long way from the Central Valley, and we had scheduled a wildlife tour in Sierpe the next morning.

Remarkably, the Osa Peninsula has half of the total number of species of plants and animals that are found in Costa Rica, but it makes up less than three percent of the country’s area. This biological diversity makes the village of Sierpe one of the most important ecological spots in Costa Rica, yet as we arrived, we found the village relatively unassuming and free of large groups of tourists. That night we enjoyed fresh seafood at a local restaurant on the banks of the Sierpe River. Being a little road weary, we became mesmerized by the slow-moving water hyacinths floating down the river. The air was full of peppery and sweet tropical aromas in the light breezes blowing around us. This was different, someplace special.

The next morning Lisa and I met our boat captain among the boats that were headed out for various activities: sport fishing, whale watching, snorkeling, and tours of Corcovado National Park and Caño Island.

We shared the boat with three other tourists and headed up the Sierpe River just a few hundred yards until we entered a tributary, the Estero Azul. The narrow, primordial waterway had alternating hyacinth and mud banks, and the guide quickly spotted a giant crocodile sunning on the mud. The captain inched closer for photos until the croc quickly scrambled into the river. This was unnerving, because the boat was not much bigger than the croc was. We very slowly made our way up the river, and the guide pointed out a pair of clownish toucans perched in a tree on the bank followed by many beautiful scarlet macaws. There were many birds we had never seen before. The trip lasted around three hours and we were able to see squirrel monkeys, a group of howler monkeys, five white-faced monkeys and a family of ring-tailed coatis. At one point the captain pulled underneath the limbs of a tree and the guide pointed out a boa constrictor in the limbs above our head.

Sierpe lured other adventure seekers. We met a family who were just as excited as we were to have explored the mangrove wildlife further down the Sierpe River delta, which is the largest expanse of mangrove wetlands on the Pacific coast of Central America. Another couple had visited a UNESCO World Heritage Site located just outside of Sierpe, where the mind boggling two-ton perfectly formed stone spheres, dated to 500 AD, are still positioned at their original locations.

In fact, there is an endless variety of activities for the adventurous in Sierpe. There is a poison dart frog tour just across the Sierpe River, as well as a ferry that crosses the river if you want to drive through the Osa Peninsula toward Drake Bay or Puerto Jiménez. A boat ride from Sierpe will take you to the secluded beach of La Sirena, a gateway to Corcovado National Park, where tourists regularly photograph tapirs, or large numbers of bull sharks in the crystal clear stream that comes out of the park. In addition to snorkeling, there are many scuba diving trips to various Pacific reefs. The humpback whale population just offshore is tremendous, as the area is believed to be the only place in the world where the southern and northern migration routes overlap. There are also pilot whales and occasionally killer whales in the same area. The sport fishing is world class. Area waters have yielded more than forty world records and offer a variety of fish, including mahi mahi, tuna, roosterfish, wahoo, sailfish, marlin and more.

During our trip, the locals of Sierpe appeared to be accustomed to the embarrassment of natural riches, and the isolation of Sierpe and the Osa Peninsula made our experience much more authentic than the theme park-like atmosphere of some of the other attractions in Costa Rica. The town’s slow pace was soothing: no traffic, one park, one bus stop, a few restaurants and bars and it was easy to get around since most things can be reached on foot.

We got a lot of incredible photos, and it was an adventure that left us with indelible memories, and a desire to return.
Bruce Bryan lives in Tampa, Florida.