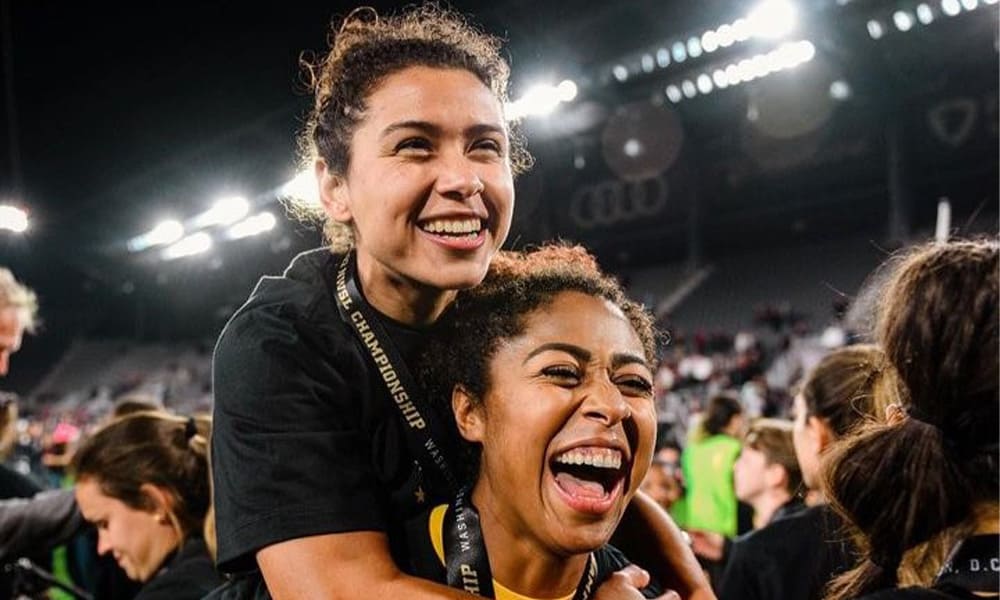 Costa Rican soccer player Raquel Rodríguez was crowned champion of the National Women’s Soccer League (NWSL) in the United States, along with her team, the Portland Thorns. They defeated Kansas City 2-0 to win the championship.

The Costa Rican player started the game and played 62 minutes. She was involved in both goals and overall had a great performance.

Rodriguez affirmed that she fulfilled one of her dreams as a professional soccer player in one of the most important teams in the world.

‘Rocky,’ as commonly known, has already won her third title since arriving at the North American club in 2020. Previously, she won the Fall Series (2020) and the Challenge Cup (2021).

However, this is a historic moment for Raquel Rodriguez as she is the first tica to win an NWSL title. The Thorns have now won three league titles.

Raquel’s parents were present at the Audi Field in Washington, D.C., to watch her and her team become champions. It will undoubtedly be a night the Rodriguez family will never forget.

“Proud parent moment. No better feeling than seeing your daughter compete in the NWSL Championship,” tweeted the Portland Thorns.

For the soccer player, there was nothing better than having her parents in the stands cheering for her.

“It is the best gift; this moment is not enjoyed the same without the people we love,” she noted.

Raquel Rodriguez closed off the season with 19 games played and three goals, including a crucial one in the semifinals.

Previous article
Flying from San Jose to Nicoya Could Soon be Possible
Next article
Rapper Takeoff, Member of Migos, Shot Dead at 28