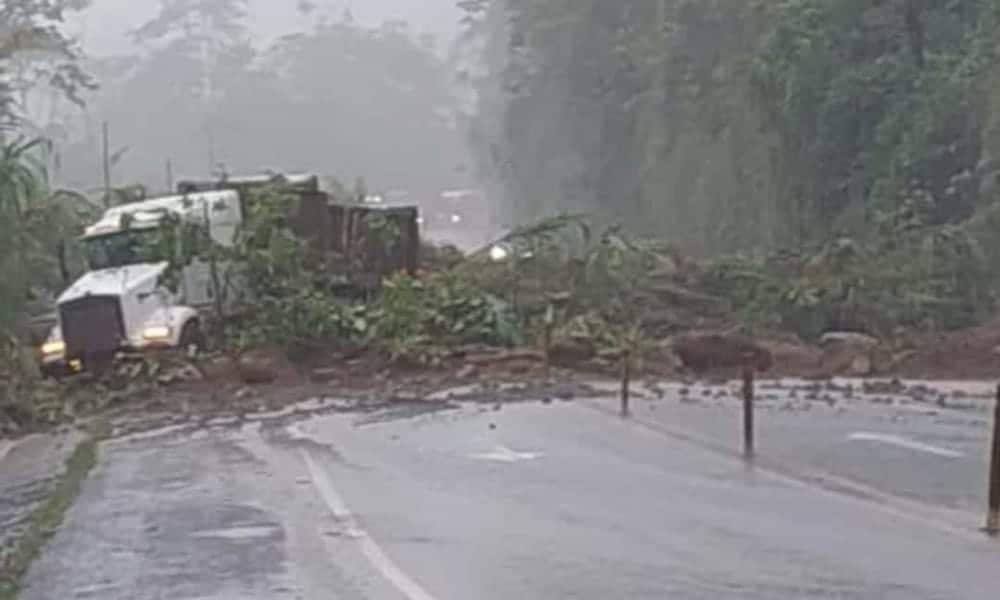 And the wheels on the bus may go round and round but the bus is not getting anywhere soon, at least in Costa Rica these days.

Just when you think it cannot get any worse somehow it finds a way when it comes to the Costa Rica national highway network.

The Pan American Highway north is shut for at least three months. The alternative route 27 to the pacific coast is literally sinking in some spots and subject to frequent landslides causing long delays. The old road to the west coast, the “aguacate” is supposedly restricted to only small vehicle traffic but it is also clogged with freight haulers desperate to get their goods to and from the west coast.

The Cerro de la Muerte (Hill of Death) that leads south from San Jose to San Isidro, and Perez Zelodon was also closed recently due to landslides.

Highway 32 that heads east to the Caribbean coast to Limon, and tourist hubs of Cahuita and Puerto Viejo was closed yesterday also due to landslides.

These are just the four main arteries from San Jose (north, south east, and west) and does not include nearly two dozen additional national roads that are either closed or subject to regulated passage.

Critics point to poor maintenance, design, engineering, construction, and governmental corruption as the contributing factors. You would also need to include the record setting rains experienced so far in this year’s rainy season as well.

The top three private government road contractors have recently been criminally accused of being involved in a large scale and long term bribery scandal implicating many in governmental ministries in charge of giving and overseeing national road contracts over several administrations.

The current situation has brought many different private sectors of the nation’s private business community together, including the agricultural and tourism chambers of commerce, two of the largest, to call for a decree of a “National Emergency” to address the issue. The agriculture sector deals with goods that are time sensitive when it comes to getting to markets here and abroad.

The tourism sector is deeply concerned about the upcoming peak season and the ability of visitors to even reach their destinations, especially in the central and south pacific coast, as well the Caribbean.

You can call it a National Emergency or simply just call it what it is, pathetic.