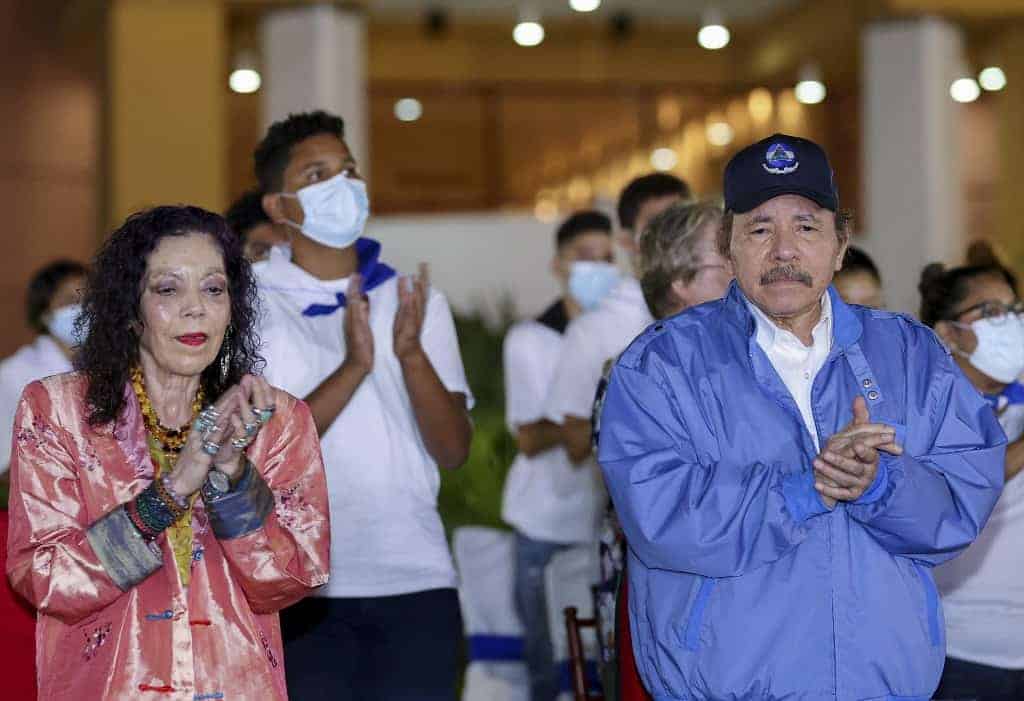 Nicaragua’s president, Daniel Ortega, and his wife and vice president, Rosario Murillo, are moving toward near total control of the lives of Nicaraguans by repressing all dissenting voices, including in the Catholic Church.

The accumulation of power of the presidential couple has been brewing since their return to the first magistracy in 2007, after making changes to the Constitution in 2011 and 2014, explains to AFP the sociologist Elvira Cuadra, exiled in Costa Rica. Among the changes promoted by Ortega was the elimination of the article that prohibited consecutive reelection. It was only possible once after an alternate term.

Ortega “has modified the nature or model of government established in the Constitution (…) one can see that there is a change, for an authoritarian one”, observed Cuadra. This style of governing “concentrates decision-making in a discretionary manner in the presidential couple,” he added.

Since 2018, when Ortega repressed anti-government protests that left 355 dead, “we have four years of a prolonged crisis that failed to turn the page and as a result of (Ortega and Murillo) ensuring their continuity in power (…) in the November elections, they are institutionalizing a police state,” the specialist exposed.

Ortega’s Sandinista National Liberation Front (FSLN) “is migrating from a hegemonic party to a single party. But what we really have in the background is the construction of a personality cult”, commented former congressman and analyst Eliseo Núñez, also from exile.

In the last year, the government arrested 46 opponents and critics, sentencing them to prison terms of up to 13 years. Among the imprisoned opponents, seven were presidential hopefuls for the 2021 elections in which Ortega was re-elected for the fourth consecutive time.

The building of the opposition newspaper La Prensa, which has been in existence for almost 100 years, was also occupied. Its manager, Juan Lorenzo Holmann, is in prison. The newspaper is published digitally and its staff went into exile in July for fear of arrest.The Catholic Church’s television channel was closed by the telecommunications agency along with other church media.

Meanwhile, the Parliament cancelled the legal status of more than 1,000 foundations and civic organizations working in defense of human rights, women and children in vulnerable situations or freedom of expression, as well as private universities and cultural entities.The authorities allege that the NGOs were outlawed for failing to register as foreign agents as required by a law passed in 2020 and for obstructing the control and surveillance actions carried out by the Ministry of the Interior.

In July, nuns of the Missionaries of Charity, the order founded by Mother Teresa of Calcutta, fled on foot from Nicaragua to Costa Rica after Congress closed their offices and alleged that they were not accredited to carry out social assistance operations.

Clash with the Church

The Catholic Church, whose relations with the government have been strained in the last four years, is the last redoubt of rebellion from which government actions are questioned.

In his official speeches, Murillo has indicated that criticism by bishops is “a crime” and “a sin against spirituality”.The siege of Bishop Rolando Alvarez, held by the police in the Matagalpa curia since last week, reveals the government’s struggle with the Catholic Church, according to analysts in exile.

“What is happening is that the government has always wanted a mute Church, it does not want us to speak, nor denounce injustice”, said Alvarez in his homilies, from where he questions the government.”One thing is the gospel of God, and another thing are the earthly actions of men who put on the cassock to do politics”, questioned the ruling party deputy Wilfredo Navarro.

The legislator accused the religious and particularly Alvarez of being “false prophets”, during an interview in the Sandinista TV Channel 4.

Crisis for a While

Ortega and Murillo “have their own ideas, they are closing the country, voiding critical voices (…) it is a state of affairs that rather responds to a condition of weakness, they only have support in the police force”, said Elvira Cuadra.

The sociologist attributes this weakness to Ortega’s lack of “legitimacy”. The ex-guerrilla did not achieve that recognition with the questioned November elections, but he still counts on external financing and family remittances which “give him some oxygen and can prolong this situation in time”.

The 76 year old ex-guerrilla fighter was part of a government junta from 1979 to 1985 after the overthrow of dictator Anastasio Somoza and was president until 1990. He returned to power in 2007 and is accused by the opposition of corruption and nepotism. Ortega denies this and accuses his detractors of planning a coup d’état with Washington’s help.

The OAS Permanent Council meeting Friday in Washington “strongly condemned the forced closure” of NGOs and the “harassment and arbitrary restrictions of religious organizations and voices critical of the government and its actions.” “The atmosphere of oppression has worsened,” the OAS was alarmed.