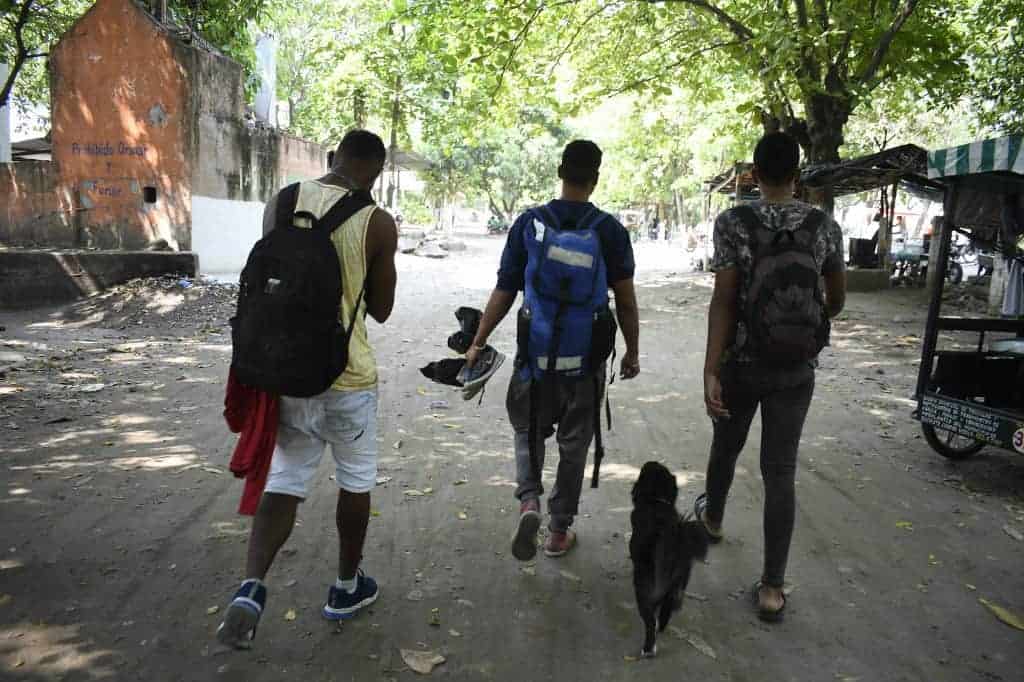 Guatemalan authorities on Sunday returned to Honduras some 600 undocumented migrants who were part of a caravan of mostly Venezuelans seeking to reach the United States, a day after breaking up a similar march of 400 people, an official source said.

The caravan, also made up of migrants from Colombia, Haiti and Honduras, entered Guatemala through an “unauthorized” border crossing and after a few hours of dialogue they returned to Honduran territory, Alejandra Mena, spokeswoman for the Guatemalan Migration Institute (IGM), told journalists.

“After dialogue with the people, they agreed to return voluntarily to Honduras through the border post of Corinto”, in the department of Izabal (northeast), she said.

The group was detained by police near Corinto, the same place where on Saturday uniformed officers stopped the passage of some 400 migrants without papers, mainly Venezuelans seeking to reach Mexico and then cross to the United States.

To that march, the IGM only authorized passage for humanitarian reasons to 155 people, mainly families with children and pregnant women.

Mena indicated that in the new mobilization, “vulnerable groups” who were candidates for humanitarian permits were also attended to, although so far no figure has been provided.

Images released by the government show the migrants held on the road leading to the Honduran border with several barefoot men and women carrying babies. After the dialogue the road was cleared.

Guatemalan Red Cross aid workers attended to several migrants along the route, some with foot injuries due to the walk.

In addition to being a country of origin for migrants seeking irregular entry into the United States, Guatemala is also a corridor for thousands of citizens of other nationalities who claim to be fleeing poverty, violence and lack of opportunities in their countries and are trying to reach U.S. soil.

During 2018, the migratory exodus evolved with the departure of caravans, mainly from northern Honduras.

The last massive march, of some 7,500 members, was broken up with batons and tear gas by Guatemalan police and military early last year on a highway in the department of Chiquimula, also bordering Honduras.