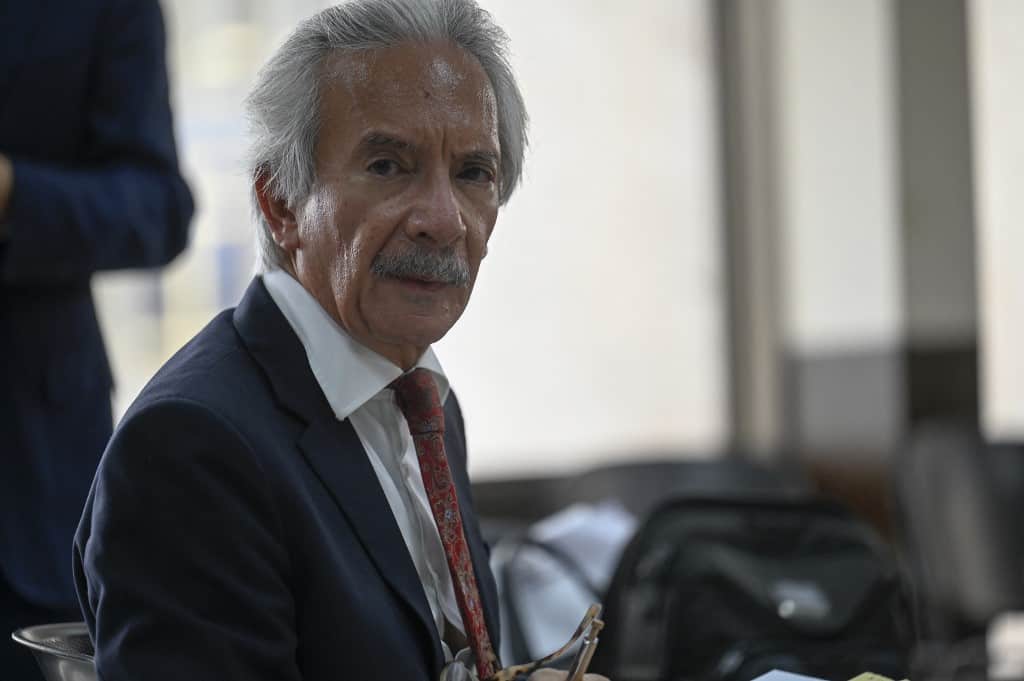 A Guatemalan judge ruled Tuesday to open a criminal trial for money laundering against journalist José Rubén Zamora, head of the newspaper El Periódico, a media outlet critical of the government of President Alejandro Giammattei and Attorney General Consuelo Porras.

“An indictment is issued against José Rubén Zamora for the possible commission of the crimes of influence peddling, blackmail and money laundering,” said Judge Freddy Orellana at the end of the first statement hearing that began last Wednesday.

Zamora, dressed in a blue suit, listened to the ruling serenely and covering himself with a mask because of the covid-19 pandemic in a chair in a courtroom of the capital’s court tower.

The Public Prosecutor’s Office will have three months to expand the investigations against the communicator, who has accused Giammattei and Porras of being behind his arrest on July 29, an accusation that the government rejects.

Zamora will remain in preventive detention in a jail inside a military base in the north of Guatemala City while the investigation progresses.

At the end of the meeting, Zamora denounced that he was subjected to an “irregular” search when he returned to his cell on Monday, which made him fear for his safety, and recalled that he has precautionary measures from the Inter-American Commission on Human Rights (IACHR).

“I would like to hold the State of Guatemala, President Giammattei, responsible for my safety,” said Zamora, who considers himself a “politically persecuted person”.

According to the accusation, Zamora asked banker Ronald García to help him enter 300,000 quetzales ($37,500) into the banking system to hide “the true origin” of the funds.

At Monday’s hearing, the Attorney General’s Office presented the cash that Zamora allegedly delivered to the banker through a courier.

According to García, the money was possibly obtained by the journalist from several businessmen whom he “blackmailed” not to publish information against him.

Along with Zamora, Samari Gómez, assistant prosecutor of the Special Prosecutor’s Office Against Impunity (FECI) was also linked to the process for suspicion of revealing confidential information. The former official will also remain in prison.

Zamora’s arrest has provoked a wave of calls to respect freedom of expression and warnings of attacks against independent media, while the Prosecutor’s Office assures that the case is for his “businessman status” and not as a journalist.