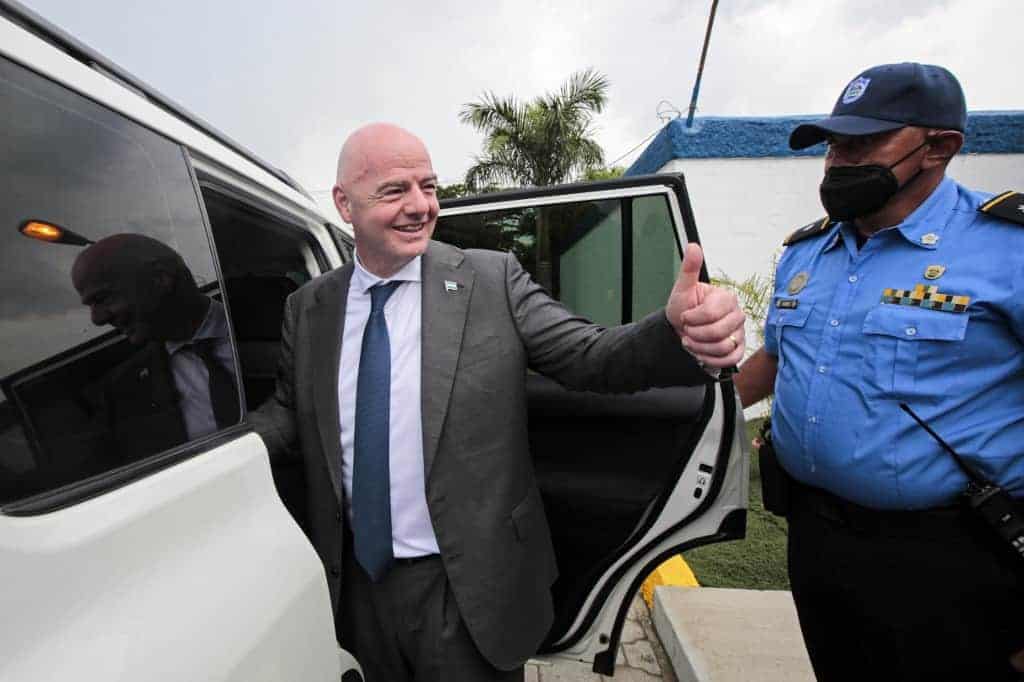 FIFA president Gianni Infantino pledged support for the development of soccer in Nicaragua, a nation he visited on Monday and which is under the spotlight of the international community due to questions about its democratic system and the arrest of opponents.

“We are here to help and also to make the world realize what is being done in Nicaragua at the soccer level,” said the Italian-Swiss during a press conference at the National Stadium in Managua, inaugurated in 2011 and operational, but still with unfinished parts.

Nicaragua, which he is visiting for the first time, is Infantino’s second stop on his trip through Central America. On Sunday he was in Costa Rica for the final of the U-20 Women’s World Cup and on Monday he was on his way to Guatemala.

The FIFA president was accompanied by a delegation of experts to talk to local leaders about plans to develop soccer in Nicaragua.

Among the topics discussed were plans to create “a technical talent center” to attract and train players of both sexes who “have a lot of potential” in different parts of the country, he said.

The National Stadium, in the southeast of Managua, “is very particular, very unique with those stands in the mountains,” Infantino commented.

“FIFA is going to help with issues like the stadium. There has to be a National Stadium worthy of the name. It has to be a symbol of a country, where players are proud to play,” he commented.

“We have to do the work that needs to be done with the help of the private sector and the government and everyone who wants to help,” he added.

The FIFA chief said he was “impressed” by the passion for work shown by the Nicaraguan Football Federation (Fenifut).

An example of this is the championship that the Nicaraguan U-15 women’s team won in the B league of the CONCACAF tournament held in Florida, United States, in July and August of this year.

“That is the demonstration of the work that is being done under difficult conditions,” she said.

“We are getting better and better. You can win a game, but winning a gold medal is not a game, it is a tournament; you need luck but above all passion, desire to win and all that the people and the people of Nicaragua have,” he concluded.

According to Fenifut, Infantino was not scheduled to meet with the president of Nicaragua, Daniel Ortega.

Infantino is accompanied by members of FIFA’s technical team, including Jill Ellis, head of the U.S. technical advisory group for the future of women’s soccer; Arsene Wegner, head of Global Football Development; and Pierluigi Collina, president of the Referees Committee.