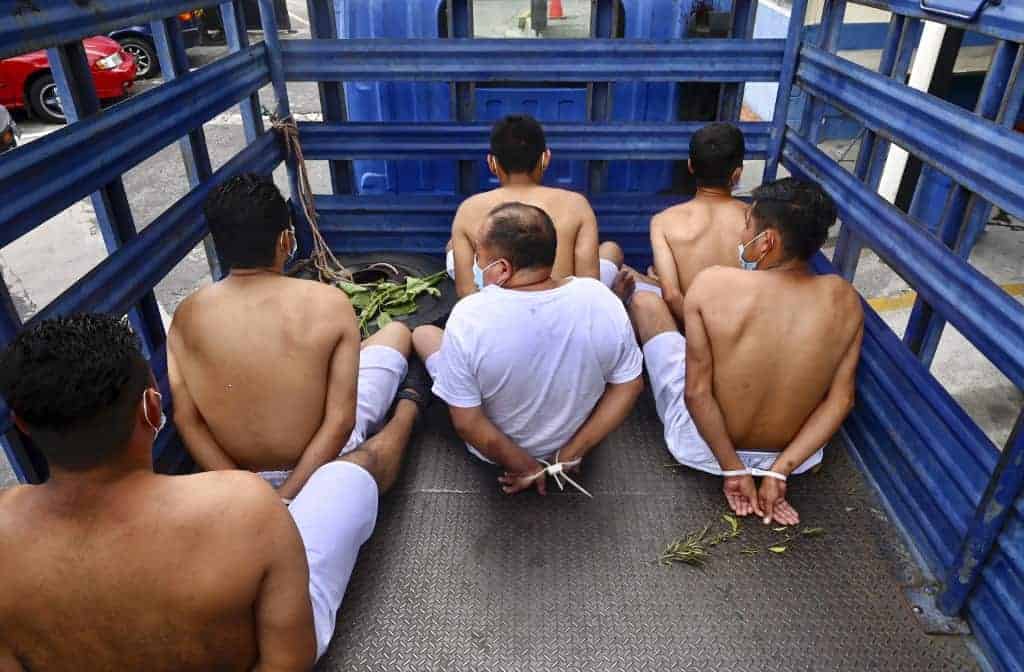 The president of El Salvador, Nayib Bukele, announced Wednesday the arrest of the ninth of 15 leaders of the violent Mara Salvatrucha (MS-13) in the framework of a “war” against gangs that accumulates 50,576 arrests.

“We captured the ninth chair (jefatura), of the 15 that the MS-13 had in its structure,” Bukele announced on Twitter.

This is Byron Aristides Salazar, alias Sleepy, who as a member of the “national ranfla (command)” of MS-13, is “one of the keys that directed the operation of the 430 clicas (cells) at the national level,” the president said.

The director of the National Civil Police (PNC), Mauricio Arriaza, reported that Sleepy was arrested in a community in Santa Ana, some 60 km west of San Salvador.

For the Minister of Security, Gustavo Villatoro, the 15-member MS-13 command controls “31 programs (regions)” and 430 cliques, and is also “responsible for all the blood crimes of the last 10 years” so “there are more than 125,000 families who need justice in this country”.

The authorities of El Salvador have been carrying out massive detentions since March 27 when an exception regime was approved, which allows arrests without a warrant, declared in response to an escalation of violence that claimed the lives of 87 people from March 25 to 27.

Among the main achievements presented by the government of the emergency regime, which has been extended until the end of September, is the drastic decrease in homicides and extortions.

The massive detentions are questioned by organizations such as Amnesty International or Human Rights Watch and even the US diplomacy has called on the Salvadoran government to respect human rights, due to reports of detentions of innocent people.

With the exception regime, the number of prisoners accused of gang membership has risen from 16,000 to 66,000. According to the latest government estimate, these gangs have 76,000 members, both imprisoned and free.

To house part of the detainees, Bukele ordered the construction of a gigantic prison for 40,000 gang members in a rural area in the center of the country, which should be ready in December.