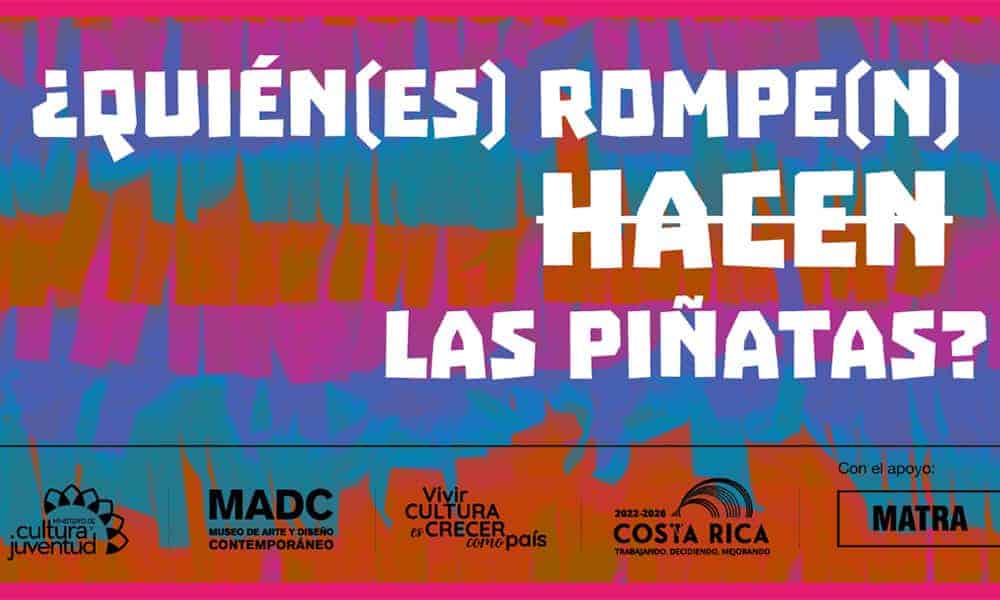 The Museum of Contemporary Art and Design (MADC) inaugurated the exhibition “Quiénes rompen las piñatas?” (“Who smashes the piñatas?”).

This is a space dedicated to research and a curatorial exercise that aims to present the various approaches and explorations that can result from defining the piñata as an object of artistic and socio-cultural expression.

For the Museum, this exhibition is shown as a very specific and particular example of how the museum embraces something that is simultaneously contemporary art and design.

“People who visit the exhibition will find familiar everyday elements, such as piñatas produced by artisans, mass-produced piñatas that respond to a context of popular culture, and audiovisual documentation. They will also see some performances, a short film, and a museum design based on the various artistic manifestations linked to the piñata,” explained Paz Monge Cortés, Museum Director.

“It is very important to me that our history, culture, and identity are represented in art. For the last seven years, I have adopted the piñata as a method of expression.

The piñata allows me to share my experiences. My work includes the culture and identity that develops on the border between San Diego and Tijuana, socio-political border issues, women’s rights, and personal issues such as love, heartbreak, and other emotions,” said Diana Benavidez.

The artists portray different themes such as the delicate migratory situation between the United States and Mexico, the reality experienced by specific communities, the historical dimensions and origin of the piñata, the critique of the social system, cultural and migratory exchanges, and popular culture.

About 50 piñatas are featured in the display. Each was made with different techniques and carefully crafted. They represent different cartoons, famous characters, popular symbols, and animals in various sizes and designs.

“Creating piñatas takes a lot of work. I have made cartoon piñatas, stuffed animals, and other figures that capture the personal emotions of the person requesting the design. Each piece is unique; the design process is thought out for days and done with great affection,” said Ana María Miranda Araya.

To see the exhibition, it is necessary to go to the Museum of Contemporary Art and Design, located at the National Center of Culture in San José.

It is open to the public from Tuesday to Saturday, from 10 a.m. to 4:55 p.m. Admission tickets cost 1,800 colones ($2.85) for nationals and residents, $4 for foreigners, international students $2 (with ID). For children under five and seniors, the entrance is free.