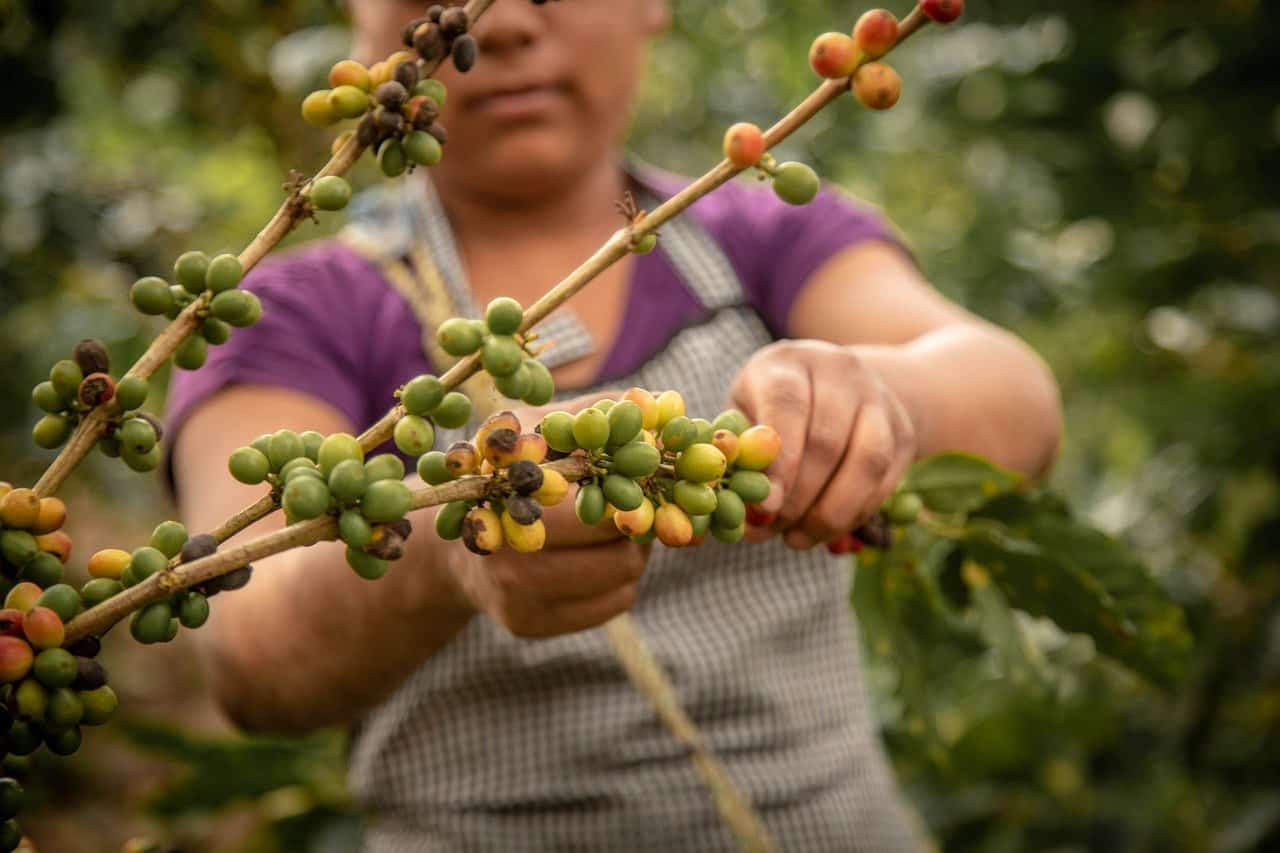 Protected with masks and keeping their distance, hundreds of cutters carefully pick coffee beans in northern Nicaragua, an agricultural country struggling to sustain its fragile economy in the midst of the pandemic.

The peasants begin their work with their baskets strapped to their waists at four in the morning among the greenish plantations of the La Hammonia de Selva Negra hacienda in the northern department of Matagalpa, an important coffee growing enclave.

Coffee is one of Nicaragua’s main exports, with earnings of between 400 and 500 million dollars annually, in a country with a GDP of some 12 billion dollars.

To maintain production goals, the farmers have to pick eight cans of beans every day, in exchange for less than US$6, after a long day, while their children study at a school that operates on the farm.

There is also a medical clinic and a free canteen run by the women, where there is no shortage of rice, beans, corn tortillas and from time to time special meals such as “indio viejo”, a dough of corn, vegetables, herbs and shredded meat.

The permanent agricultural workers have their own huts to live in, but the laborers who come to work only for the harvest sleep in the barracks.

Nicaragua did not stop working

According to the International Coffee Organization (ICO), coffee production recorded an 8.1% drop in 2020, mainly due to the pandemic.

Nicaragua, the only country in the region that did not impose confinements against covid, managed in the 2020-2021 coffee cycle to maintain a production of more than 3.4 million quintals of gold, similar to the previous cycle, which left 437 million dollars, according to the Nicaraguan Sustainable Coffee Platform (Nicafés).

Nicaragua, which also stands out for producing one of the best coffees in the world, began the 2021-2022 coffee harvest last October, offering temporary jobs to more than 300,000 farmers, according to businessmen of the sector.

The Minister of Finance and Public Credit (MHCP), Iván Acosta, estimated last year, prior to the start of the coffee cycle, that coffee production this year could be higher and generate up to 700 million difficult to reach due to high operating costs and migration, among other factors.