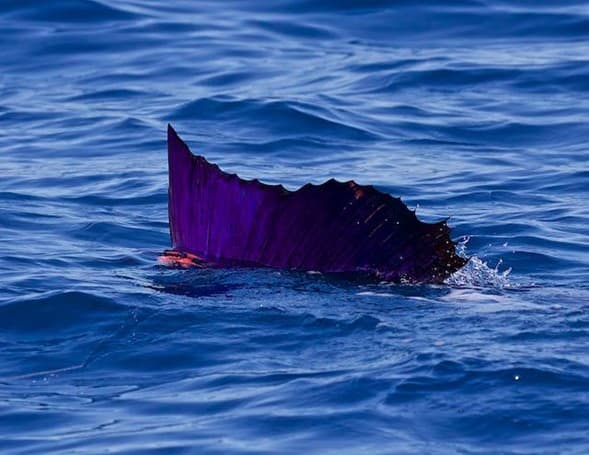 The author of this story works for the sport fishing group in question. – Ed.

The Federacion Costarricense de Pesca (FECOP), presented the case on September 22, in front of the Board of Directors of INCOPESCA, the government agency in charge of commercial and sport fishing regulations in the country to ban the commercialization of sailfish.

Dra. Marina Marrari, executive director of FECOP presented data that showed while catch and release fishing for sailfish was down 64% in the last decade, kill landings of sailfish by the commercial fleet were up 126% over the same time period.

If you back up to Article 72 of the law it clearly states, —The executive authority of this Law shall impulse the conservation of species of sporting interest, realizing technical and scientific studies and promoting sustainable management policies.

INCOPESCA has put some regulations in place back in 2009 and updated in 2014 that on paper are intended to protect sailfish. In short it states that anytime a commercial longline boat places live bait on their hooks within 30 miles of the coast it is considered fishing directly for sailfish. It also prohibits commercial boats from fishing for bait in the Golfo Papagayo, Golfo Nicoya, and the Golfo Dulce.

During the meeting the biologist from INCOPESCA threw a curveball that fell short of the mark when he asked how the data could show one sector´s production down 64% while the other´s increased 126%. A little simple math tells the story. The average sportfishing boats has around 6 hours per day of fishing while trolling 4 to 6 lines at a time while and commercial longline boat goes out for weeks at a time place 10, 20, or even more miles of line with hooks at a time for a period of 8 to 24 hours.

It is estimated that in commercial fishing, 11% of the medium fleet and 8% of the advanced fleet use live bait. That is around 1500 line sets or approximately 1,800,000 hooks in the water.

When the tuna purse sein boats were pushed offshore a minimum of 45 miles in 2014, some species began to recover. Catches for the sport fishing fleet increased for tuna, dorado, and marlin. The only species that continued to decline was sailfish releases for sport fishing while increasing landing by commercial fleet.

A new tuna reform bill is before congress right now and if they move the foreign purse sein boats to 80 or 100 miles they can still catch plenty of tuna while opening up the coastal area for commercial and sport boats to not compete for a small while because both supply lots of jobs to Costa Ricans and infuse millions of dollars into the economy.

What happens in other countries affects Costa Rica

For years we have heard that what happens in other countries affects Costa Rica because sailfish are migratory and if we protect them they will just get caught someplace else. Well Costa Rica, it is time to step up to the plate. The current legislation in the country in relation to other countries in the region was also analyzed.

In Panama, the commercialization of all billfish is prohibited. Nicaragua prohibits the landing of any sailfish or blue marlin. In Guatemala sailfish are prohibited by commercial fleet. Honduras, Belize, Mexico and the United States all have levels of protection of billfish.

In Guatemala the lead was taken by the Minister of Tourism, who saw the value of sailfish in the tourist industry. In Costa Rica, sport fishing generates thousands of direct and indirect jobs as well as bringing over $500 million annually to the country.