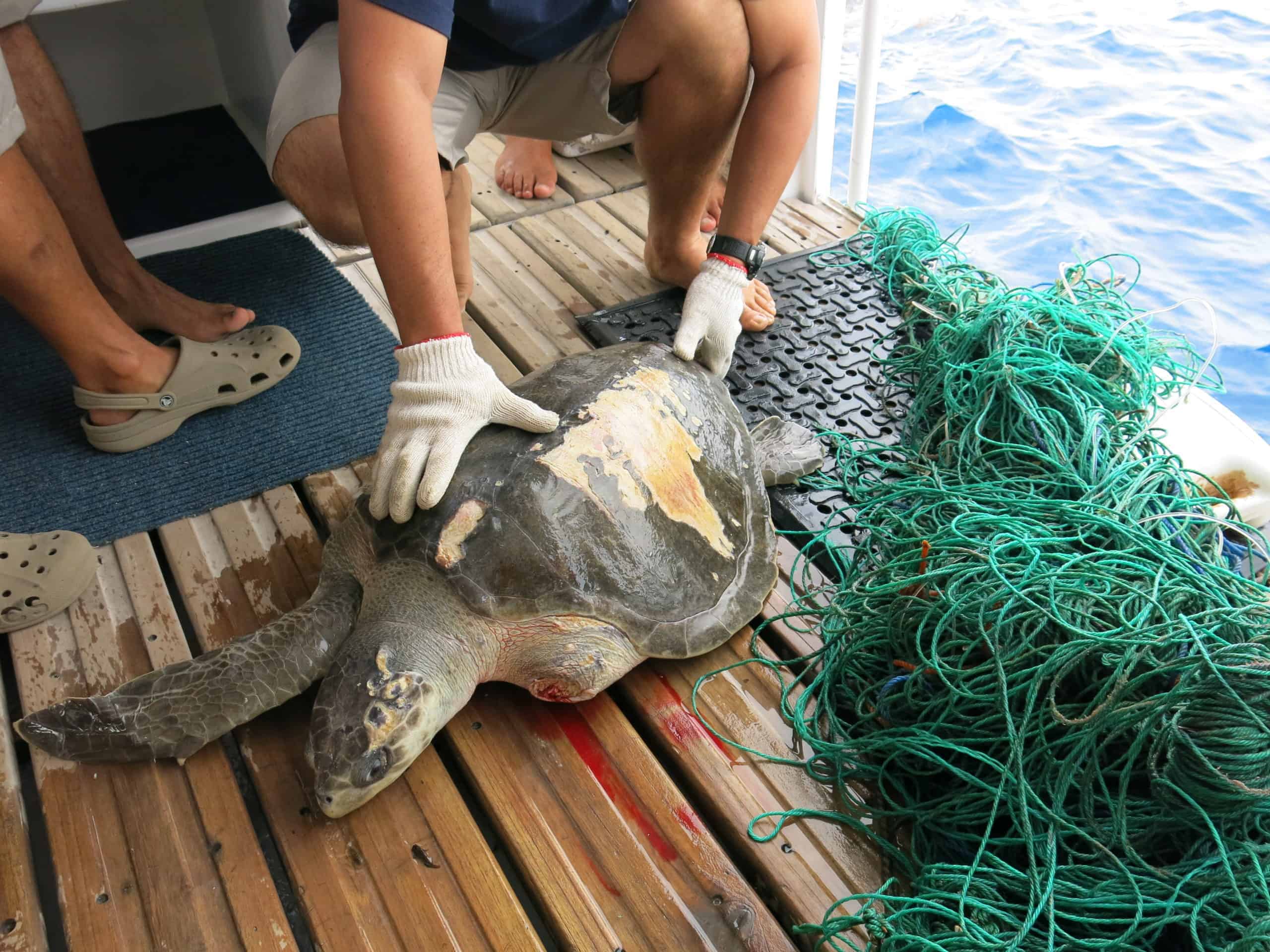 The Osa Peninsula has always been considered the “wild west” of Costa Rica. Until recently, it was difficult to access, which made it attractive to people hiding out, gold miners, and other illegal activities.

It also made it attractive to tourists, because it is relatively untouched and has a great diversity of flora and fauna. Over the years, eco-tourism and sport-fishing tourism has flourished in the area. Today, both are being threatened by illegal commercial fishing practices.

It has become a common daily occurrence — and becomes extremely worse each year around Easter time — when commercial longliners are looking for a low-cost fish to market to Costa Ricans. That fish is sailfish, which has a low value as a food fish and a very high value as a catch and release game fish in tourism, supplying many direct and indirect jobs to local families.

In fact, Costa Rican law has declared sailfish a species of tourist interest and made it illegal for commercial fishing boats to directly target sailfish. They created a loop hole in the law that allows for commercial boats to land up to 15% of their catch as sailfish for national consumption.

Because of historically lax enforcement of fishing laws, that loophole has opened the door for a chain of events that not only puts sailfish populations in danger but has severe collateral damage to other sea life, especially sea turtles.

FECOP, the Costa Rican Fishing Federation that promotes ocean management and fishing tourism as a sustainable option for employment, presented the case of the Southern Zone on Tuesday in front of the Illegal Unreported and Unregulated fishing Presidential Commission. Dra. Marina Marrari, Moises Mug both marine scientists and Capt. Anthony Rhoden, a sport fishing captain clearly laid out the case for the panel.

Agreement AJDIP/115-2016 from Incopesca speaks specifically to sailfish, and the FECOP team showed where many of the regulations in the agreement were being violated.

In 2010, the Golfo Dulce became the largest Marine Area of Responsible Fishing (MARP), and no fishing is allowed by medium and advanced commercial fleets (longline boats). Fishing live bait by longliners inside Golfo Dulce is a huge problem.

There can be as many as 10 or 15 boats at a time inside the restricted area. Bait is captured at night, and crew often sleep in the morning before heading back offshore — leaving their lines offshore unattended even longer and doing more damage to the marine environment.

Their lines could be as long as 20 kilometers floating on the surface or just below, are often made from primitive materials like a floating twine, are left in the water extended periods of time, and often become lost line death traps. This increases mortality in incidental catch species like turtles, sailfish and protected species of sharks and is also a hazard to navigation.

Every 30 feet or so, a baited hook is placed. There are literally thousands of hooks in the water at any given time. By regulation, the lines are supposed to be marked with the identity of the vessel placing the lines, but the rule is completely ignored. There is no way to identify the owner to file a complaint.

Longliners constantly place their lines with live bait inside the 30-mile mark. The reason they set lines inside the 30 miles is because many leave their lines unattended overnight while they return to the coast to catch more bait, often in illegal zones.

According to Article 5 of the agreement, fishing live bait inside 30 miles is automatically considered fishing directly for sailfish which by Article 1 is declared illegal. The result is many more sailfish unnecessarily killed on longlines. At times they place live bait on double J-hooks when Costa Rican law requires single Circle Hooks to be used by all fishermen using live bait.

Sailfish are landed at port in “trucks,” which is with the head and fins removed, allowing the 15% bycatch rule to actually be more in body count. When sailfish is transported to market, the driver of the truck is required to have documentation the catch was inspected and legally purchased. There is no enforcement of this ruling and it is basically ignored.

The problem is beginning to have an effect of tourism. Cory Williams, from Crocodile Bay Resort and the Hilton Botanika project explains:

“Illegal commercial fishing off the pacific coast of Costa Rica has greatly impacted recreational fishing.  We are seeing more commercial boats than ever before that are fishing well inside legal limits. Our guests witness these fleets first hand and ask us why the country allows this illegal activity to happen,” Williams said.

“Costa Rica desperately needs a viable enforcement arm of the Coast Guard to enforce the fisheries laws that are on the books. Without real enforcement, fishing fleets will simply continue to poach Costa Rica’s natural resources until there is nothing left.  The negative impact to the tourism sector as a whole and to Costa Rica’s green image specifically cannot be overstated. The time to act is now.”

“It sucks when waiting for my clients on the dock after a day of fishing,” he said. “When [we] asked them, ‘How was the fishing?’ they say, ‘The fishing is a little slow today, but we saw miles and miles of longlines while fishing with hooked sailfish jumping on the lines.’ ”

Capt. Anthony Rhoden sees the problem having a negative effect on his community.

“We are the ambassadors of Costa Rica when we have clients in our boats,” he said. “They see what is happening and comment they thought Costa Rica worked more to protect its nature. They not only come to fish, so when they don’t return, it hurts, hotels, restaurants, and eco-tour company employees as well.”

The FECOP group presented how commercial longline on billfish and sailfish is destroying the tourism industry and affecting the livelihoods in the coast. They highlighted the illegal livebait longlining in the south and catch of illegal baitfish in the Golfo Dulce to showcase this destruction and presented evidence of such impacts in the billfish catch data which included showing where other species like dorado and tuna have increased, sailfish is down over 60% due to directly targeting them.

The Vice-Minister of the Agriculture Ministry, Marlon Monge, chaired the meeting on IUU fishing. He asked FECOP to give the same presentation in the Board of Directors of INCOPESCA and also Marco Quesada, Commission Member as external expert, recommended to include the Scientific Commission of INCOPESCA.

The Board of Directors of INCOPESCA must adopt their agreements based on recommendations from its Scientific Commission. Some of the suggestions made were.