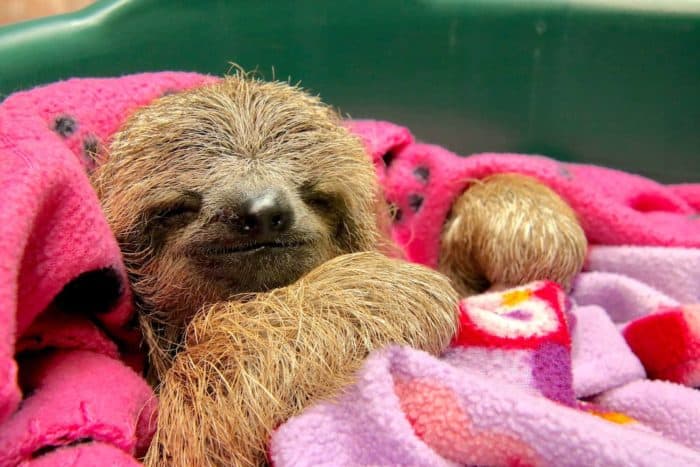 Slothy Sunday: Orphaned sloth rescued after being hit by car

Slothy Sunday: Starting the year with a slow, slothie BANG

Rolo is not your typical baby sloth. His life has been full of thrill, struggle, and strength. He was on the ground crying for his mom when our Saving Sloths Together team discovered the newborn. We soon realized that just above him, there were three sloths lounging in the canopy. The mom had to be one of them. 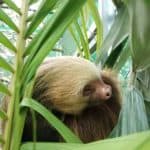 After looking closely with binoculars, we realized that two of the three sloths were those that we had released back into the wild. Both were victims of electrocution. One was Ricky, a patient that had all four limbs burnt and suffered severe side effects such as seizures due to low calcium, which is a common reaction in burn victims. He underwent many months of treatment and therapy before finally being released. The other sloth was Sombra, who has a tracking collar. She sadly lost her arm due to her injuries. However, being an adult sloth, she was wild and strong enough to undergo therapy and was eventually released, even with her newfound handicap. The third sloth in the canopy where Rolo was found was a passerby wild sloth who happened to be at the scene.

We hypothesized that Sombra must be the mom. The team was ecstatic with the idea of a released handicapped sloth having the strength and ability to mate and give birth – a true miracle. With this theory, we hoped that she would descend from the treetops and recover her baby. The Saving Sloths Together team left Rolo to cry out for mom for nearly two hours before our vet team decided that it was probably best to intervene.

Rolo was gently recovered from the forest floor and put into warm blankets and a Baby Warm incubator. There, his weight was taken, and we soon discovered that he was only 250 grams, which is roughly 100 grams smaller than a normal newborn sloth. Rolo was a premature baby! (A typical newborn usually weighs between 350-500 grams.) After having a somewhat traumatic awakening to the wild world, we knew that Rolo needed milk right away. So, a team member hopped in the Toucan Rescue Ranch emergency vehicle and drove over the Braulio Carrillo National Park at 10:00 p.m. with the little one sitting in a portable incubator.

Rolo’s epic journey had just started as he was taken into the loving hands of TRR’s sloth nursery at our headquarters in San Josecito, Heredia. It was now the responsibility of our dedicated vet staff and founder Leslie Howle to see that this little one was to grow big and healthy. 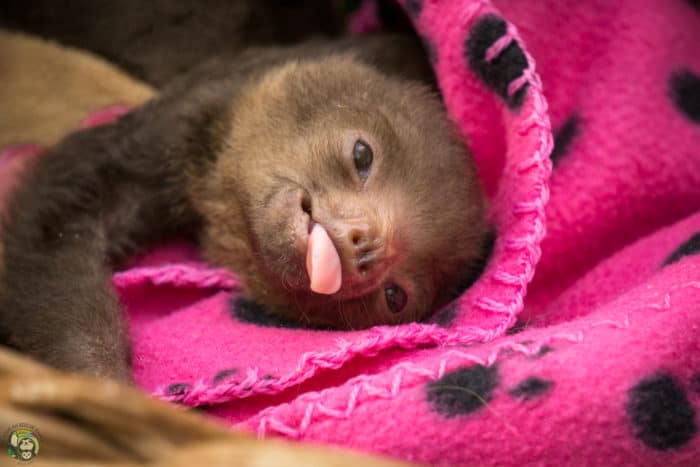 Meanwhile, back at the Release Site in Sarapiquí, the team watched Sombra, the suspected mother, for several days to do a health check on her and see if she was producing milk. After patiently waiting, she came to the forest floor and we were able to catch her to see if our hypothesis was correct. We were wonderfully surprised to find that she was lactating, and our theory was right: Sombra was the mom!

At the moment, Rolo was at our headquarters receiving 24-hour care in our nursery while we had his mother waiting in our Release Site clinic in what we call the “Sloth Room,” which is a branch-filled suite in the Release Site clinic dedicated to sloths. It was our intention to reunite Rolo and Sombra. However, Sombra had other plans … Late that night, Sombra broke out of the clinic with her one arm! She escaped through a window and was high in the trees before staff ever realized! It wasn’t until days later that we were able to catch her again, and sadly, by this time, her milk had dried up.

So, we kept Rolo in 24/7 care at the sloth nursery at headquarters. The team knew exactly what we were getting into – a difficult, time-intensive, and delicate next few months. From experience, it is extremely difficult raising a newborn sloth, let alone a premature one. But it was a challenge we were more than willing to accept.

That was two months ago. Now we are celebrating this little survivor’s birthday!

Toucan Rescue Ranch understands that each day continues to be just as difficult as the first day he was discovered, but we are still very pleased with his progress! Today, he has gained weight and is known for snuggling his stuffy and taking long snoozes in his warm incubator from Baby Warm. His caregivers are always so impressed with his appetite and he is already proving to be an athlete, often climbing and exploring. Rolo is always so curious, sniffing his surroundings and taking in the fresh air. We all adore him and hope he grows to be one strong, healthy, and wild sloth – just like his mother!

Happy Birthday, Rolo – we are all so proud of you! 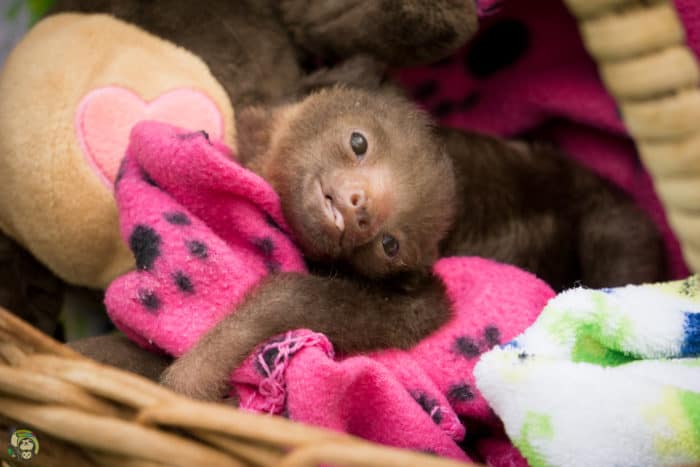 — Zara Palmer is the Marketing Director at Toucan Rescue Ranch.