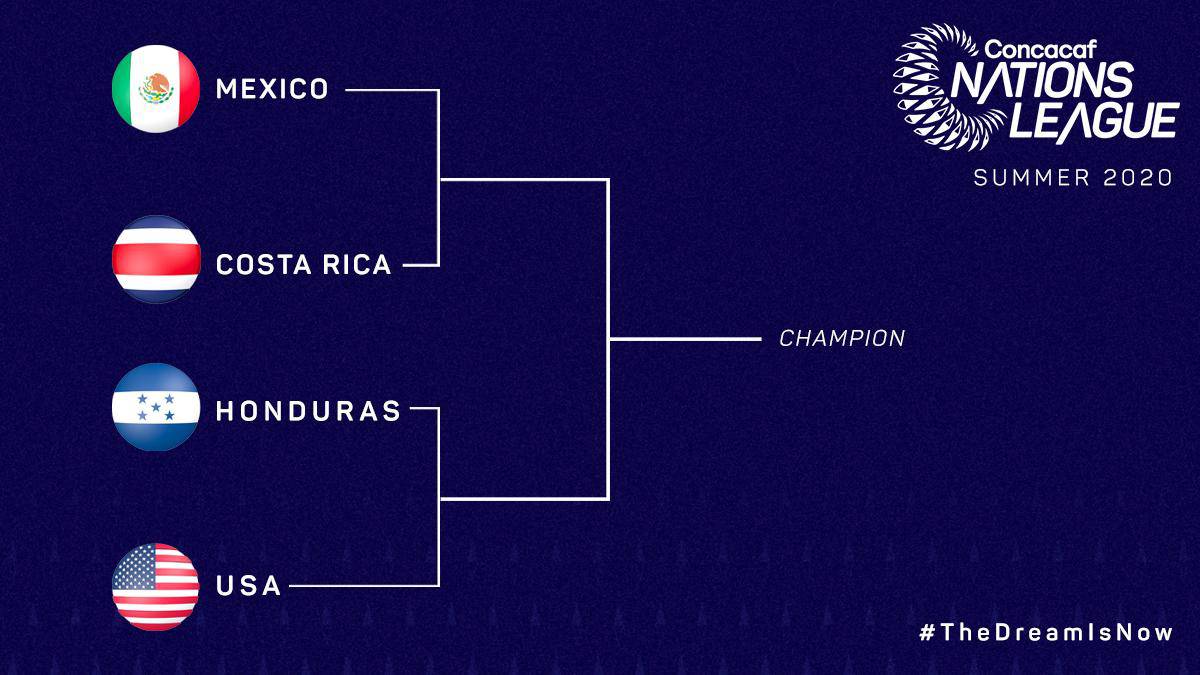 Mexico sealed a perfect participation in the CONCACAF Nations League on Tuesday with a 2-1 victory against Bermuda, while the United States thrashed Cuba 4-0, a result that assured the men’s national team a spot in the semifinals.

Sunday, in other final group stage matches, Costa Rica earned its pass to the semifinals with a 1-1 draw against Haiti, while Honduras, which was already qualified to the next phase, beat Trinidad and Tobago, 4-0.

Mexico suffered in its win over Bermuda, a theoretically weak rival. Although El Tri were already classified, the victory was important to finish the group stage with four wins.

Bermuda scored first with a goal from Dante Leverock, while Mexico answered with goals from Sebastián Córdova and Uriel Antuna.

Despite its good performance against Mexico, Bermuda finished last in its group and was relegated to League B of the CONCACAF Nations League, while Panama, the other member of the group, qualifies with Mexico to the 2021 Gold Cup.

The United States easily beat Cuba, 4-0, behind two goals apiece from Josh Sargent and Jordan Morris. The result sends the islanders down to League B.

The United States and Canada qualified for the Gold Cup.

In Sunday’s games, Costa Rica achieved its qualification to the semifinal with its tie against Haiti in the match played at Ricardo Saprissa Stadium near San José.

The Ticos went up on the scoreboard with a header from defender Francisco Calvo, but the Haitians pulled even through a penalty kick by striker Duckens Nazon.

The result left Haiti in last place of their group; it was relegated to League B, while Costa Rica and Curaçao qualified for the Gold Cup.

Honduras confirmed first place in its group with a win over Trinidad and Tobago, which was also relegated to League B of the CONCACAF tournament.

Honduras and Martinique, in turn, qualified for the Gold Cup.

Here are the matchups for the CONCACAF Nations League semifinals:

Here are the national teams that will compete for the Nations League Finals 🏆next summer! 🙌⚽️#TheDreamIsNow pic.twitter.com/5gBUvOgDxM

The games will be played in June 2020 with further details yet to be announced.