Slothy Sunday: Bringing Oro back into the wild

How many of you remember Oro the two-fingered sloth? No? Don’t worry, we will refresh everyone’s memory. Oro was rescued in February of 2016.

He was found at the bottom of a tree. We later found out that he had been there for days before anyone acted. After he was finally brought to the Toucan Rescue Ranch’s (TRR) clinic, we quickly realized that he was paralyzed. X-rays of the cervical vertebrae revealed that he was suffering from pinched nerves.

With this diagnosis, TRR was uncertain if Oro would live a fulfilling life being immobile. It was under debate, considering his age and condition if we should put him to sleep. But, Oro had hope.

Our long-term veterinarian, Janet Sandi, was in the clinic with him giving his treatment and evaluation when Oro looked at Janet with conviction and suddenly began to lick her nose! It was then that Janet knew that Oro was a fighter and we all began to have hope for his recovery. We started him on his rehabilitation journey. With medication and physical therapy matched with a healthy diet, he began to regain strength during his rehabilitation regiment.

Both, TRR and The Sloth Institute of Costa Rica believe that Oro is an older sloth, and this could be why he had mobility issues. Oro continued to receive daily physical therapy at the Toucan Rescue Ranch.

After a very long road of recovery, he began to use all four limbs, he was starting to become the dashing sloth he once was before his handicaps. It was then that we decided to send him out to the TRR Release Site to see how he would fair.

Oro adapted slowly, he still had some old tendencies – like being on the ground a lot and crawling around. This is not an ideal behavior for a sloth, as the ground is where a sloth is in most danger. After some back and forth between release training and returning to TRR headquarters for some necessary check-ups, the decision was made. Oro belonged #backinthetrees.

Oro’s release was an emotional moment for the Toucan Rescue Ranch. There have been dozens of individuals who have worked countless hours with Oro during his treatment, rehab, and release process.

From the vets that worked with him in the clinic, to the interns who worked with him during his therapy, to finally his final stages before being released back into the wild. It has taken nearly 3 years to see this sloth become wild once again.

We would like to thank every one of those people and share with you this extremely special moment. It is instances like this that really allow us to say, “We did it!” but more importantly, Oro did it and is now a wild, happy sloth! 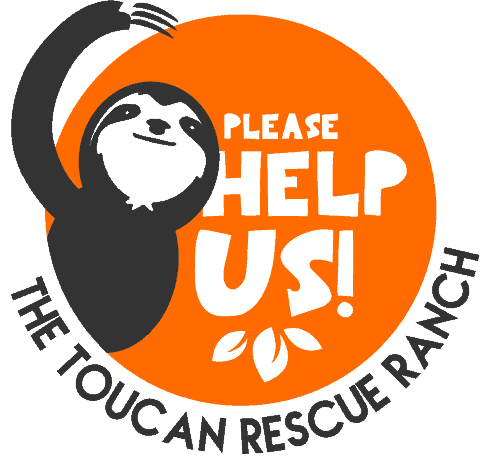