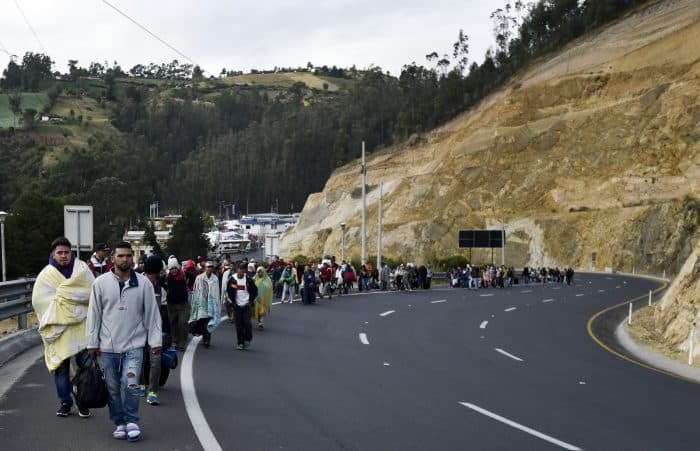 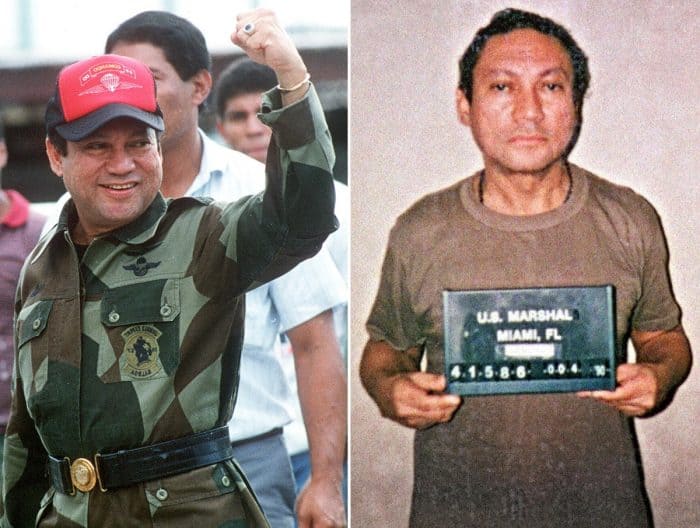 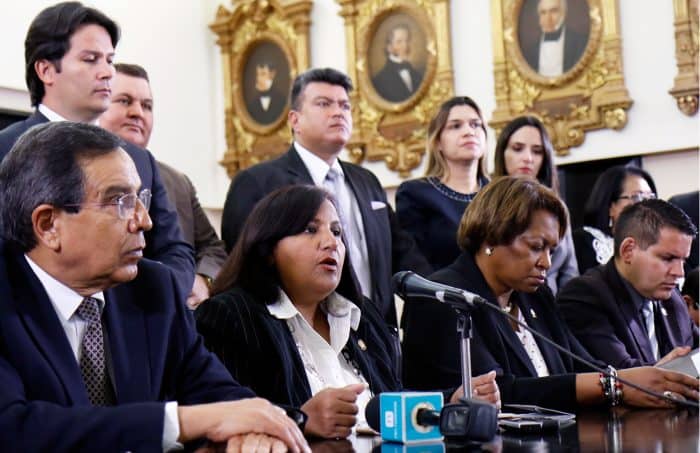 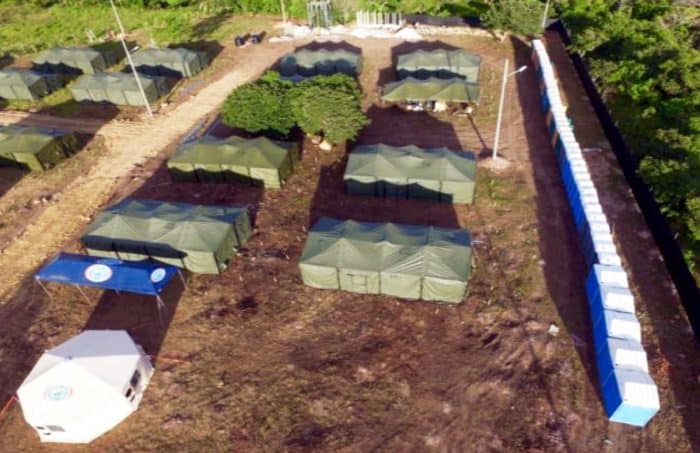 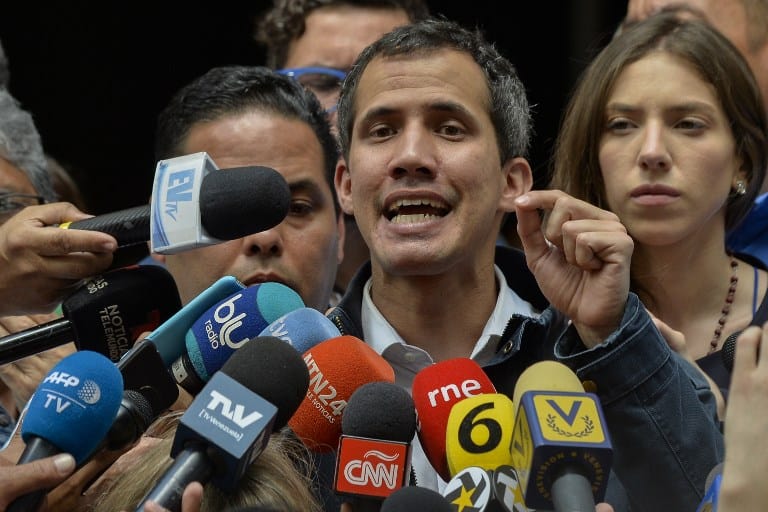 CARACAS, Venezuela — Venezuela’s self-proclaimed president Juan Guaidó has called for two new protests, in an effort to push the military to turn against leader Nicolás Maduro as Pope Francis warned on Monday of a possible “bloodbath” in the crisis-wracked South American country.

In a video posted on Twitter, the 35-year-old opposition leader Guaidó announced a two-hour strike on Wednesday “to demand that the armed forces side with the people.”

Millions of Venezuelans have been left in poverty or fled the country due to an economic crisis, marked by hyperinflation and shortages of basic necessities, began in 2014.

The head of the opposition-controlled National Assembly said a second demonstration, on Saturday, would be a “big national and international rally to back the support of the European Union and the ultimatum” from Britain, France, Germany, Portugal, Spain and the Netherlands that they would recognize Guaidó as interim president unless Maduro calls elections by Feb. 3.

Speaking after a trip to Panama, Francis said he was afraid the escalating political crisis in Venezuela would descend into “a bloodbath.” He had previously called on both sides to find a “just and peaceful solution.” Pope Francis waves good-bye as he prepares to board the plane for the Vatican at Tocumen Airport after participating in World Youth Day in Panama City. (Raul Arboleda / AFP)

While some member nations have backed Guaidó, the EU was more vague, saying it would take “further actions” if elections were not called in the coming days, including the issue of recognition of the country’s “leadership.”

Australia, meanwhile, said it “recognizes and supports” Guaidó as interim president pending elections. And Italy has called for “a rapid return to democratic legitimacy.”

The United States separately warned there would be a “significant response” if U.S. diplomats, Guaidó or the opposition-controlled National Assembly were targeted with violence and intimidation.

Maduro, 56, so far has not budged from his position, telling CNN Turk: “No one can give us an ultimatum.”

He retains the backing of Russia and China, as well as Turkey.

A non-governmental organization, the Venezuelan Observatory on Social Conflict, said 29 people were killed and more than 350 arrested in clashes with security forces last week.

Appeals to the military

Encouraged by the international support for his cause, Guaidó is on a mission to weaken the military’s support of Maduro, which has been essential to keeping him in power since 2013.

His appeals have included promises of amnesty, and mass protests against Maduro, who has presided over a collapse of the economy and a severe humanitarian crisis, with shortages of food and medicine.

Supporters circulated copies of amnesty measures approved by the National Assembly to members of the military on Sunday, but some soldiers burned or ripped up the document.

Venezuela’s military attache in Washington, Army Colonel Jose Luis Silva, switched his support to Guaidó in a video that called on his brothers in arms to follow his lead.

Maduro appeared at a military exercise in the state of Carabobo on Sunday where he called for “union, discipline and cohesion” to defeat what he called an “attempted coup d’etat.”

“Are you coup-backers or are you constitutionalists? Are you pro-imperialist or anti-imperialists?” Maduro asked.

Thus far, the military has backed the leftist regime, which was ushered into power 20 years ago by the late Hugo Chavez, but there have been some signs of unrest. Guaidó has dismissed Maduro’s second term as president as “illegitimate” due to controversial elections the socialist leader won in May, which the opposition boycotted after a number of their leaders had been jailed, exiled or barred from standing.

Last Wednesday, Guaidó issued a direct challenge to Maduro’s authority by declaring himself acting president during an anti-government rally in Caracas by tens of thousands of people.

His bid was swiftly endorsed by Costa Rica, Canada, the United States and many Latin American countries.

“Any violence and intimidation against U.S. diplomatic personnel, Venezuela’s democratic leader, Juan Guaidó, or the National Assembly itself would represent a grave assault on the rule of law and will be met with a significant response,” U.S. National Security Advisor John Bolton tweeted, without specifying what kind of response he meant.

Any violence and intimidation against U.S. diplomatic personnel, Venezuela’s democratic leader, Juan Guiado, or the National Assembly itself would represent a grave assault on the rule of law and will be met with a significant response. 2/2

The warning didn’t address specific groups or individuals, but Bolton noted in a linked tweet that Cuba’s “support and control over Maduro’s security and paramilitary forces” was well known.

Washington also accepted exiled opposition leader Carlos Vecchio as Venezuela’s new charge d’affaires to the United States after he was tapped by Guaidó.

In Washington, Republican Senator Marco Rubio, considered a key architect of the U.S. policy on Venezuela, played down the possibility of a military intervention despite his and President Donald Trump’s warnings earlier in the week that “all options are on the table.”

The Venezuelan leader earlier had given U.S. diplomats until late on Saturday to leave the country.

But as the deadline expired, the expulsion order was withdrawn and Maduro said he had begun negotiations to set up within 30 days an Interests Section in Caracas to maintain a minimum level of diplomatic contact, similar to the arrangement the U.S. had with Cuba until their 2015 rapprochement.