HomeArts and CultureTapado Vargas and the healing power of sound

Tapado Vargas and the healing power of sound

Tapado is a musician and composer who specializes in percussion and photography. He’s a father of two, the eldest of six children and motivational lecturer. He’s studied the Pranic Healing system and is certified in Acutonics.

But above all, he is passionate about sound and its power to heal.

His career as a musician started in the Castella Conservatory, he learned to play several instruments and developed an interest in the piano but, he focused on percussion thanks to his friend Carlomagno Vargas.

He recently released the album with Marilis Llobet called “Staytuned Audios.” It is an album with specific frequencies about emotions. Tapado composed songs for each frequency of an emotion with the aim of helping people develop consciousness. It is a deeper and neurological project.

His music is well-known, but his work with the “power of the sound” is not. I wanted to know more about his life as a therapist and lecture and that’s how I ended up in his workspace in Tibás, San José.

His office does not have a sign outside, most people come by word-of-mouth. It is an intimate space, with a desk, a beautiful painting of a tree made by his brother Pablo, musical instruments and other tools that he uses during his therapy sessions. It’s his space to create, compose and share his knowledge.

Tapado told that, ever since he was young, he’d been intrigued by how people considered music to be a way to find peace and forget about ailments. He wanted to find the explanation and he found answers in the basic element of sound: vibrations.

He officially began studying health and vibration when he was 30, thanks to help from his doctor and friend Vladimir Carazo. He studied the Pranic Healing System and got certified in Acutonics.

He uses tuning forks, music therapy and aromatherapy with patients.

He seeks to stabilize the body with vibrations and has had patients with different diseases, both physical and psychological.

Tapado will use drums, gongs, Tibetan bowls and quartz bowls during these sessions.

One of the more interesting instruments he showed us was a gong that emulates the vibration of the planet Venus. It was created under the Harmony of the Spheres theory.

He also showed us a quartz bowl and a limited-edition Hang Bal.

Each session is adapted to each patient. The sessions, Tapado said, are not alternative medicine, but complementary medicine. Balance is the ultimate goal.

Despite his therapy sessions, Tapado said he mostly conducts workshops for companies and focuses on teaching the importance of sound to large groups of people. He tries to show how music can help us understand relationships and teamwork.

His lectures became famous thanks to a TEDXPuraVida Talk he gave, but he has been conducting workshops for more than 14 years.

Before I left, he told me that he plans on doing small concerts in his workspace and that he will work on a solo project that he has in mind. But don’t worry Malpaís and Editus fans, he’ll still be playing with these beloved bands.

Tapado also hopes to build a larger studio or dome where he can have all his planetary gongs, bowls and drums, to create a space where people can find peace and balance.

“Weekend Arts Spotlight” presents Sunday interviews with artists who are from, working in, or inspired by Costa Rica, ranging from writers and actors to dancers and musicians. Do you know of an artist we should consider, whether a long-time favorite or an up-and-comer? Email us at alex@ticotimes.net. 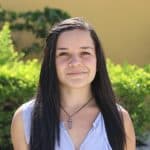 Previous article
A hangover, brunch and a classic bloody mary at Maza
Next article
No deal: Government and unions postpone meeting to discuss an agreement