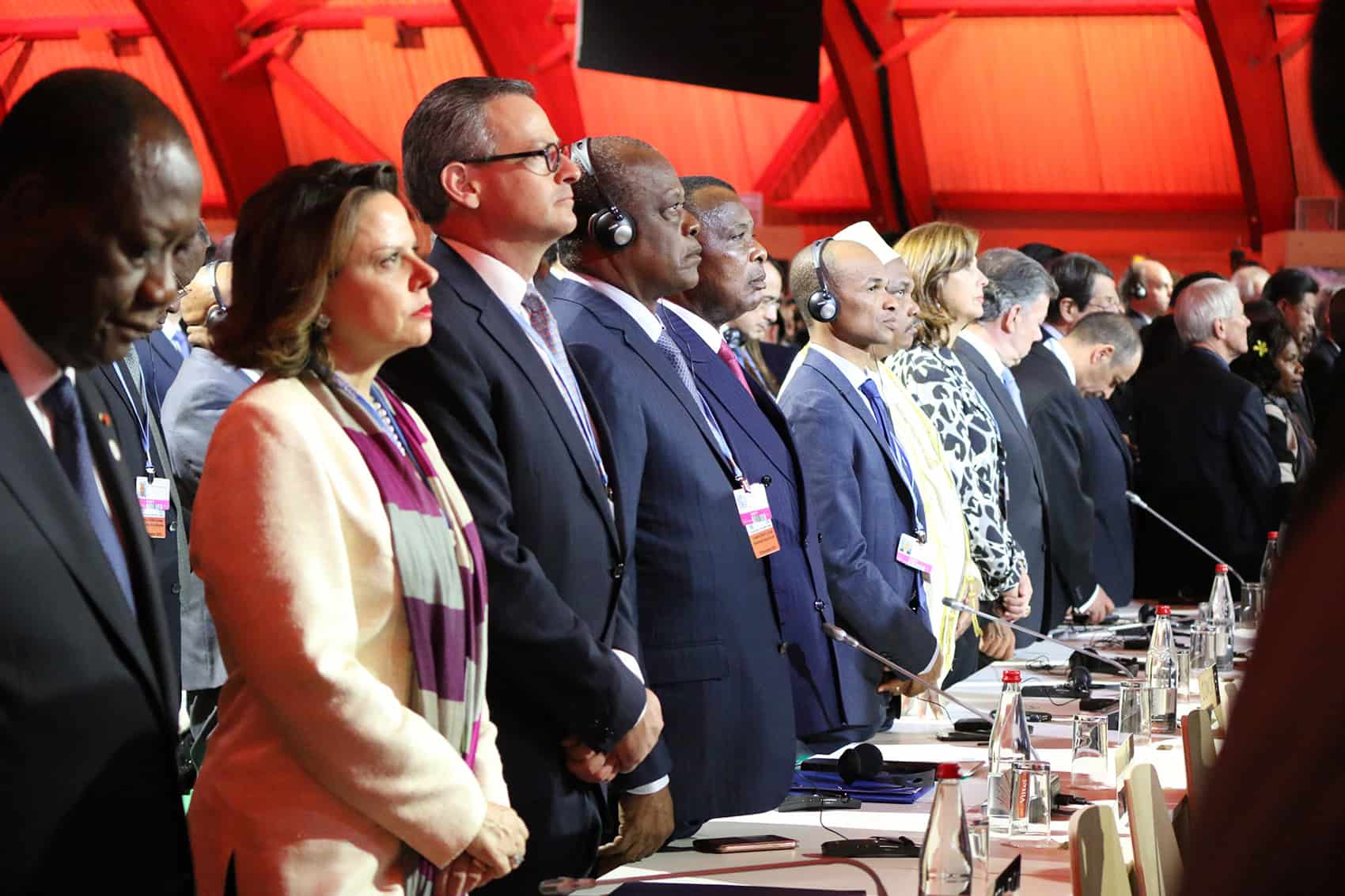 The first week of the United Nations climate talks — where 195 countries are trying to hash out a plan for averting catastrophic climate change — is coming to a close in Paris. Negotiators have until Dec. 11 to attempt to sort out large differences of opinion on a range of issues, including who should pay for climate change mitigation measures and whether nations should be legally bound to meet their goals for reducing greenhouse gas emissions.

Some are optimistic; others are not.

Prior to the meeting, most countries submitted what is known as an Intended Nationally Determined Contribution (INDC) — an outline of what each country pledges to do to keep global temperatures from rising more than 2 degrees Celsius. You can read Costa Rica’s INDC here.

In the Americas, only Nicaragua, Venezuela and Panama have thus far failed to submit pledges for the Paris round of climate talks.

While Costa Rica’s negotiating team continues to push its agenda in the French capital, here are five things to know about the country’s climate pledge:

When then President Óscar Arias set 2021 as the goal for the country to become carbon neutral, meaning greenhouse gases captured equal greenhouse gases emitted, it had a patriotic ring — that year is the 200th anniversary of Costa Rica’s independence from Spain. At the time, the goal was loosely backed by the nation’s inventory of emissions and its reserve of forests, which suck carbon dioxide out of the air.

But methods for measuring emissions and carbon sequestration have gotten much more sophisticated since then, explained Pascal Girot, climate change adviser to Environment Minister Edgar Gutiérrez. Girot told The Tico Times that Costa Rica’s latest forest inventory actually shows that the country’s trees capture much less CO2 annually than was once thought. That’s because much of Costa Rica’s forests are mature and tend to capture less carbon on a yearly basis than younger, faster-growing forests.

“It’s going to be very difficult to reach 2021,” Girot said, even though the government has reiterated the date as a goal during the Paris climate talks.

Instead, in the INDC pledge presented by Costa Rica, the country commits to a more gradual approach to carbon neutrality — a reduction of current emissions to 1.19 net tons of greenhouse gases per capita by 2050 and -0.27 net tons per capita by 2100. The country officially plans to be carbon neutral by 2085, though Girot said the goal could very well be reached several decades sooner.

The biggest obstacle to meeting that goal, Girot said, is transportation. Toward that end, the government hopes work will start on a planned electric train for the Central Valley before President Luis Guillermo Solís’ term is up in 2018.

Girot also said the Transport Ministry and Environment Ministry are in serious talks about changing the way cars are taxed in Costa Rica to make polluting cars more expensive.

He said the challenges in the transportation sector also represent “an opportunity to change the urban model” to one that is healthier for people as well as the environment.

2. Costa Rica is committed to making whatever agreement comes out of the Paris conference legally binding, both nationally and internationally.

The Costa Rican legislature would have to ratify whatever agreement comes out of Paris in order for it to become law. Girot noted that Costa Rica’s legislature has never failed to ratify an international treaty on environmental issues.

In Paris, Costa Rica’s climate negotiating team is pushing to make the agreement binding for all nations. In theory, the treaty will be legally binding for all participating nations, but many countries, like the United States, say the individual commitments from countries must remain voluntary. It’s a murky distinction that is summed up nicely in this post from Forbes.

Costa Rica, along with its negotiating bloc, the Independent Association of Latin America and the Caribbean (AILAC), wants country commitments to be binding, period.

3. Costa Rica aims to become “a laboratory” for de-carbonizing the economy.

It sounds like branding, but it’s probably a smart move. Costa Rica wants to sell itself as a place where companies can set up shop to innovate in the world of clean energy. The country, which aims to have a 100 percent renewable energy matrix by 2030, also hopes to appeal to businesses that want to boast about zero emissions from their electricity use.

Although Costa Rica is seeking external financing from richer, more polluting nations for projects like the electric train, it hopes that its environmental reputation will attract investment, not handouts.

“We’re not asking for money because we’re good, but rather because we offer opportunities like the possibility of producing [goods] with zero emissions,” Girot said.

4. Costa Rica wants emissions to be measured per person, not per country.

Vice President Ana Helena Chacón, who is representing Costa Rica in Paris, told world leaders that measuring carbon dioxide emissions by person rather than by country “would allow people to measure their own carbon footprint.” Costa Rica’s negotiating team is recommending a worldwide emissions goal of 2 tons of CO2 per person by 2050 and 1 ton of CO2 per person by 2100.

While measuring emissions per capita may very well help people think about their individual carbon footprint, there’s likely another reason why Costa Rica, the AILAC negotiating bloc and certain other countries are pushing for per capital emissions measurements. Looking at per capita emissions shifts the view of the world’s worst polluters.

When it comes to negotiating who should pay for the global fight against climate change, this distinction is key. Rich, high-polluting nations like the U.S. want countries like China to foot more of the bill.

5. Costa Rica wants the final treaty to include a goal for adapting to climate change.

Costa Rica, like the other countries in the AILAC negotiating group, stands to be disproportionately affected by climate change. Extreme rain and extreme drought are already taking a toll on the country’s people and economy. In its INDC, Costa Rica estimates that extreme weather events cost the country $1.13 billion from 2005-2011, and that if the same pattern continues, climate change-related losses could reach $30 billion by 2015.

Road infrastructure has suffered the biggest impact, followed by power distribution networks, agriculture and housing, the government reported. In terms of people, women and children and people living in extreme poverty are likely to be most affected by climate change, Girot said.

Costa Rica wants a global adaptation goal included in whatever treaty comes out of Paris “as a way of forcing countries to confront the changes,” Girot said. And Costa Rica wants such a goal to be accompanied by financing for countries like Costa Rica, along with the training and technology to help it prepare for what’s to come.