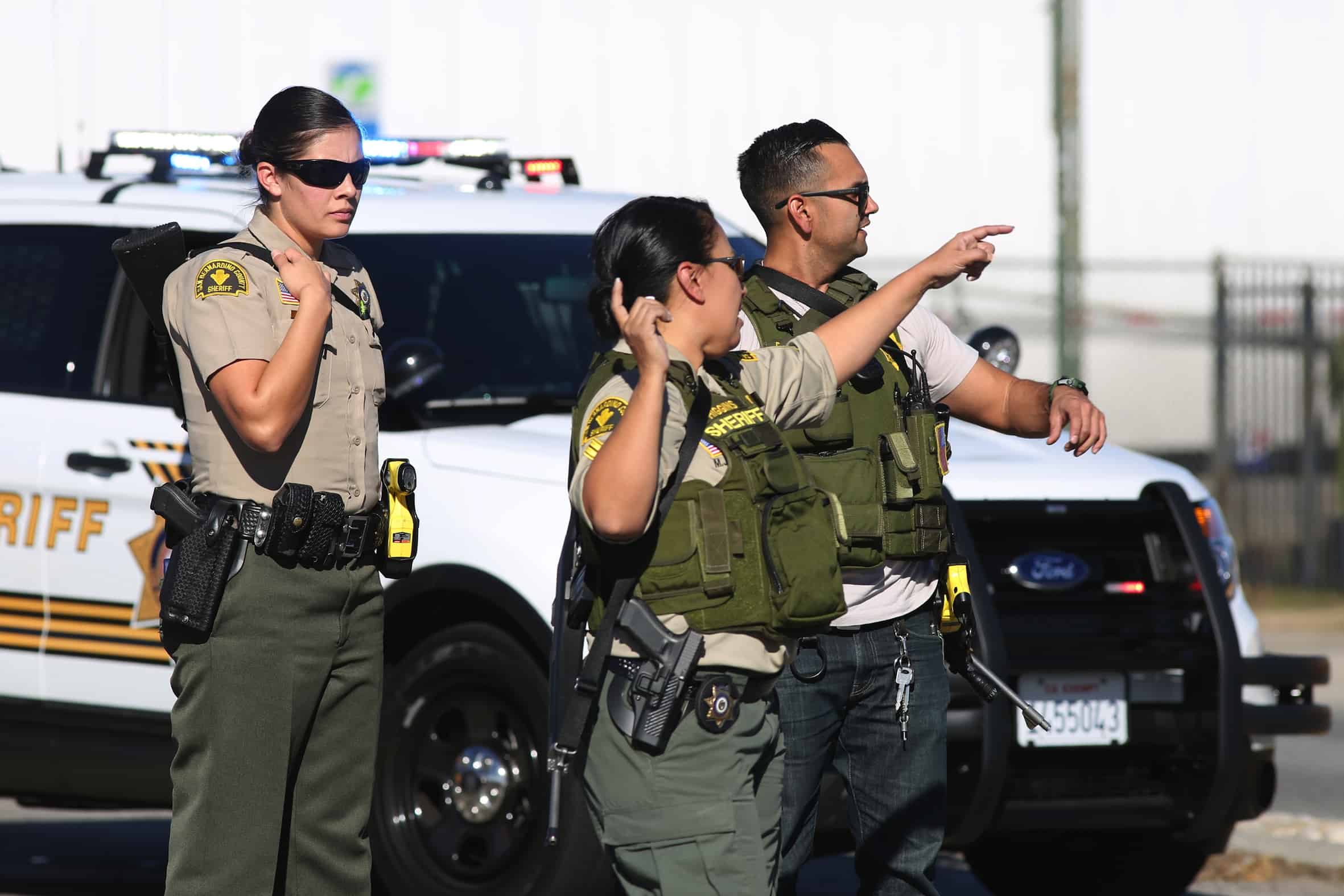 SAN BERNARDINO, Calif. — A man and a woman suspected of carrying out a deadly shooting at a center for the disabled in California on Wednesday were killed in a shootout with police, while a third person was detained, police said.

The slain suspects were armed with assault rifles and handguns, San Bernardino police chief Jarrod Burguan told reporters, adding that investigators were looking at the possibility that they had left an explosive device at the scene of the shooting.

At least 14 people were killed and 17 others wounded in the shooting at a holiday party in the Inland Regional Center — the deadliest since the 2012 massacre at a Connecticut elementary school that left 26 people dead, including 20 children.

Timeline of deadly US shootings

David Bowdich, the FBI assistant director in charge of the Los Angeles field office, cautioned against using the term “terrorism” to describe the incident, saying: “It is a possibility, but we don’t know that yet. And we’re not willing to go down that road yet.”

The Los Angeles Times and the New York Times, quoting law enforcement officials, reported that one of the assailants, who had worked at the facility, had left the party following a dispute with fellow employees and returned with one or two others.

Burguan told reporters it was not yet clear if those involved in the dispute were the people who opened fire.