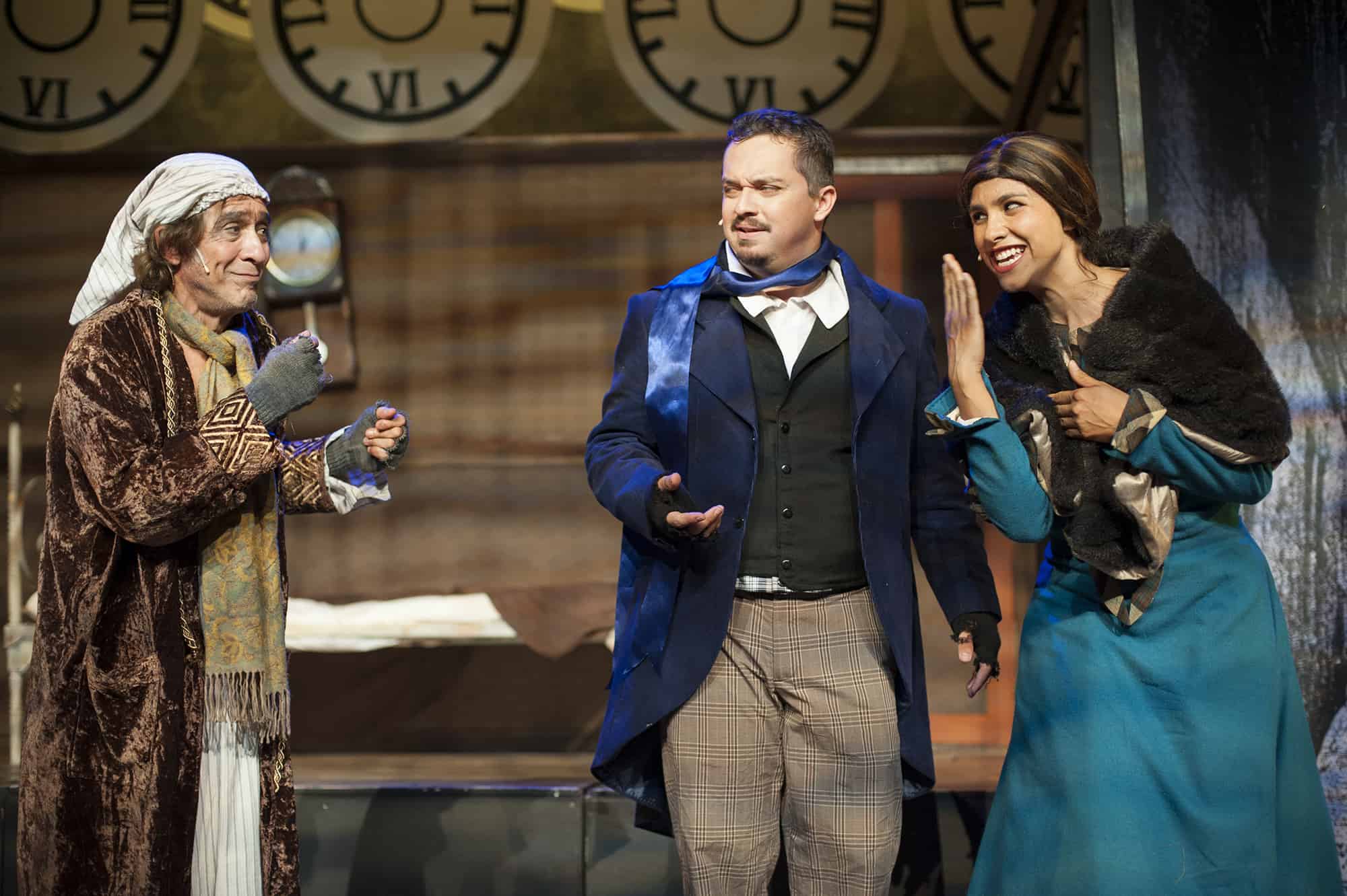 A new staging of an old classic: "A Christmas Carol" in Curridabat. ((Courtesy of Teatro Espressivo))

Christmas is coming soon, and the staging of the traditional Charles Dickens tale “A Christmas Carol” will help you get in the mood.

Actors are bringing the iconic story to life once more at Espressivo Theater. With the help of a quartet of carolers and live piano music, they will take you through 19th-century London to join Ebenezer Scrooge as he follows three Christmas ghosts on an adventure that will change his outlook on life.

Scrooge is a business man whose only concern in life is money. Everybody in town is aware of his unpleasant manner, particularly his special hatred towards Christmas. Scrooge is surrounded by really lovely people, but he is blind to their charms: he won’t raise the salary of his loyal employee, who has a sick child, nor spend time with his nephew, who comes to see his uncle during the holidays. He won’t donate a cent to charity, refuses to lower the rent he charges his tenants or allow them to delay their payment, though he knows they are hard up. Carolers in the Espressivo production. (Courtesy of Teatro Espressivo) The Ghost of Christmas Past. (Courtesy of Teatro Espressivo)

Particularly transformative for Scrooge is the Ghost of Christmas Yet to Come, who shows him the terrible future. The Ghost of Christmas Present. (Courtesy of Teatro Espressivo)

A play to enjoy with the whole family, this comic adaptation will make you reconsider the way you are living not only holidays, but every day with your loved ones. The play will be performed Fridays through Sundays until Dec. 18, but hurry to buy your tickets: as of Nov. 26, 80% of the tickets for this year’s run had already been sold.