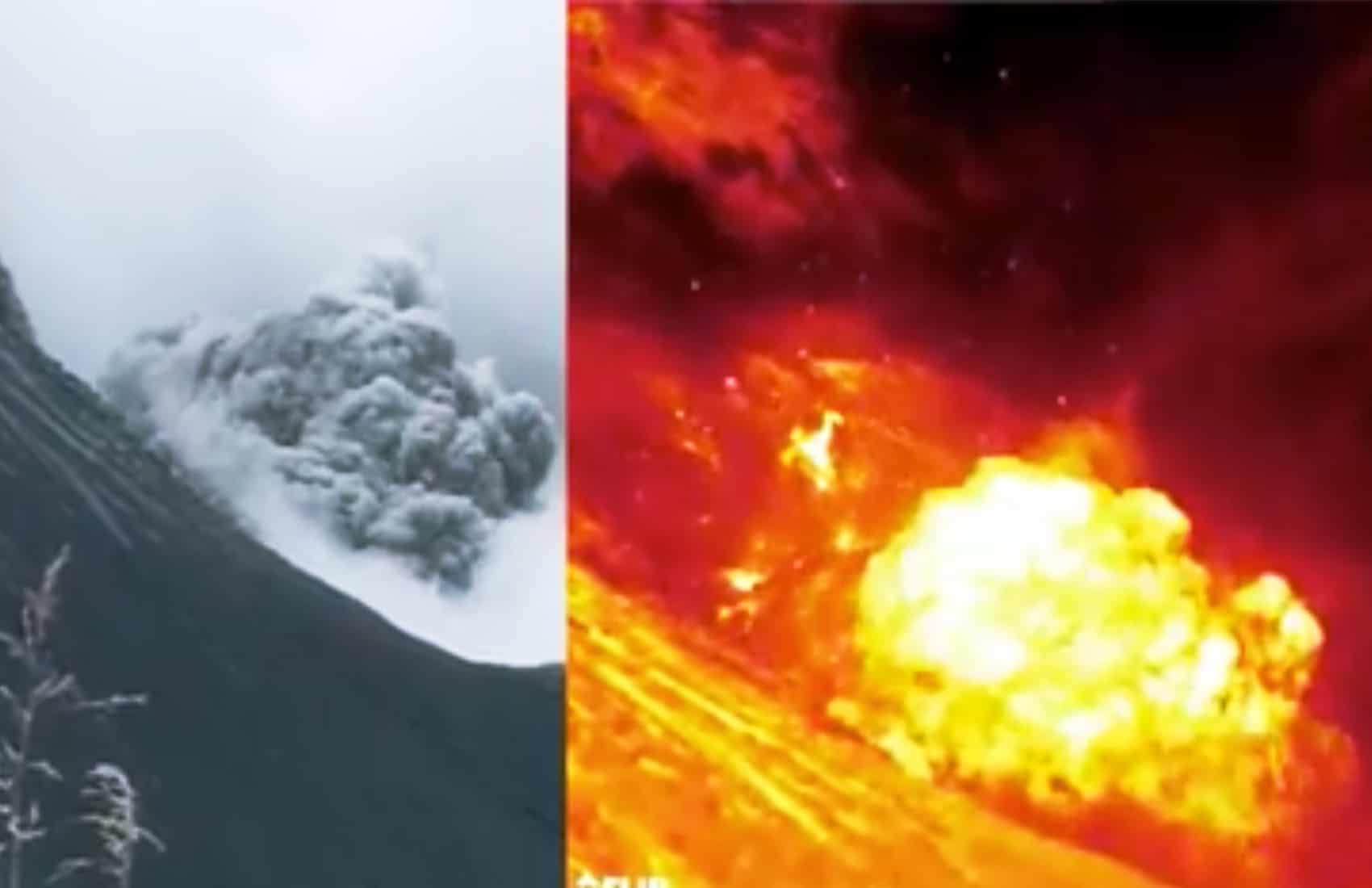 A photo comparison of pictures taken with normal and thermal cameras shows incandescent gas and rocks being expelled during an eruption on Oct. 26. ((Via OVSICORI))

The National University’s Volcanological and Seismological Observatory of Costa Rica (OVSICORI) released images and video Friday of recent activity at Turrialba Volcano, which in the past week continued to spew ash, gas and incandescent rocks.

Footage obtained using both normal and thermal cameras located near the crater shows hot emissions of gas and rock during a small eruption recorded on Oct. 26.

Expelled rocks (ballistics) up to 40 centimeters (16 inches) and weighing up to 1 kilogram were found 400 meters from the crater.

Rocks are registering temperatures of up to 500 degrees Celsius (932 °F). OVSCORI collected some that registered over 140 °C (284 °F) an hour after they landed.

Ash and vapor eruptions resumed two weeks ago, following a brief period of low activity, but volcanologists say they are part of the volcano’s normal cycle.

Eruptions this week were mostly brief, but one recorded at about 5 a.m. Friday lasted for 20 minutes, OVSICORI reported.

According to OVSICORI, Turrialba’s most recent eruptive cycle began on Oct. 10 with several tremors and a strong eruption on Oct. 16 that launched ash 800 meters into the air. Eruptions restarted on Oct. 23, and the volcano has since maintained intermittent activity.

The National Emergency Commission keeps a two-kilometer perimeter around the crater closed to tourists. Currently only experts from OVSICORI and the National Seismological Network are allowed in the crater’s area, usually to take measurements and for cleaning their equipment.