Power and Light Company to phase out paper bills 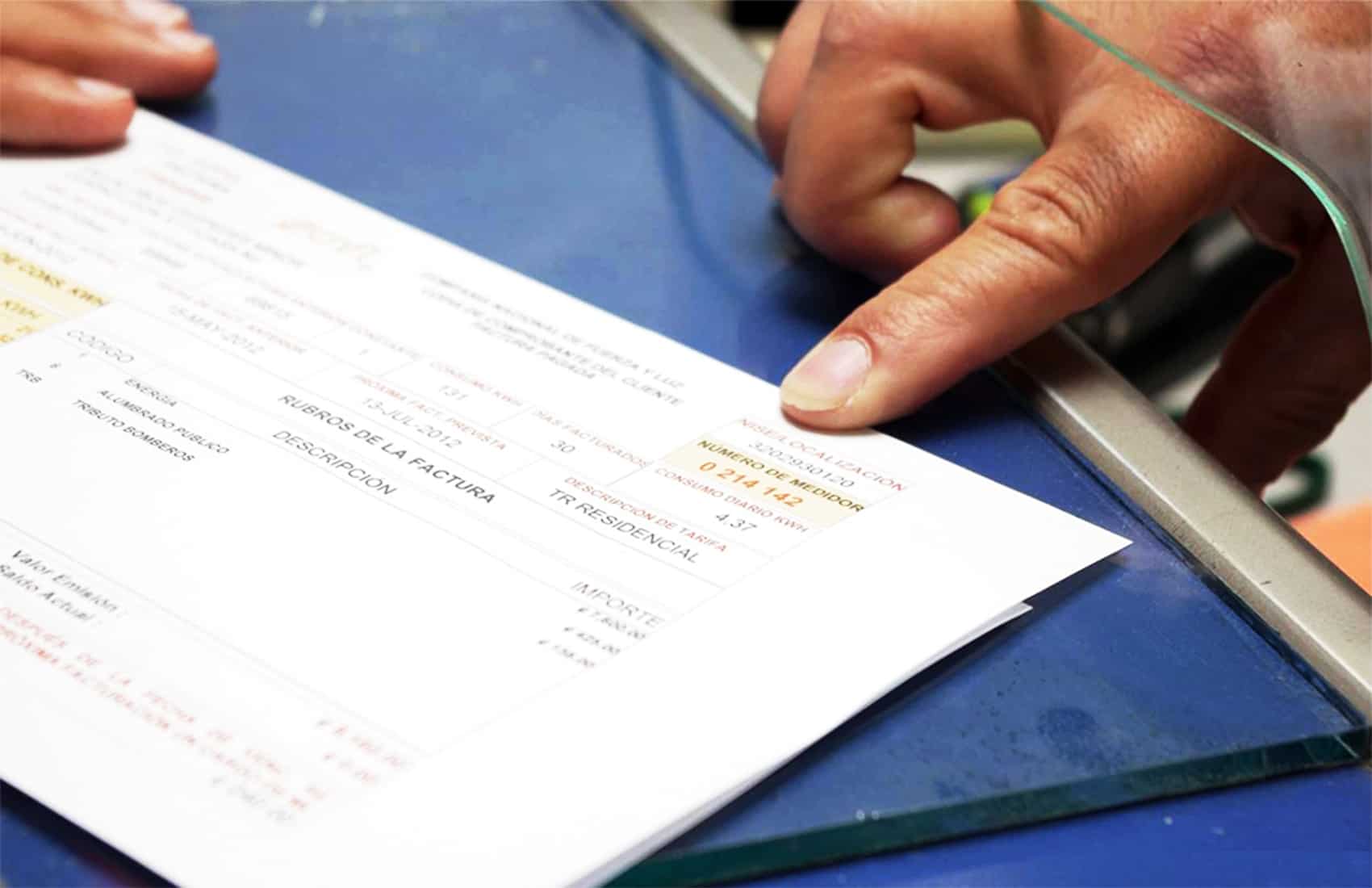 The CNFL hopes to stop printing electricity bills by the end of 2016. (Alberto Font/The Tico Times)

Costa Rica’s National Power and Light Company (CNFL) on Wednesday will launch an 11-month plan to eliminate printed monthly electricity bills for almost all of its customers.

Starting this week, CNFL staff will begin informing customers in eight communities that they will no longer receive a printed bill starting in November. CNFL will add more communities according to a schedule until finishing next year for all of its 530,000 customers in the Greater Metropolitan Area (GAM).

Bills in coming months will include a message stating that it is the final printed version and asking customers to register an email address for digital bills, called “Eco Factura.” Customers can register via a form at the agency’s website. Bilingual staff also is available at a customer support hotline at: 800-ENERGIA (800-363-7442).

The online form allows customers to register a mobile phone number to receive monthly charges and payment deadlines via SMS or WhatsApp. Monthly bills also can be checked at CNFL’s website or by using a free smarthphone App available for both iOS and Android systems.

For online consultations and payments, customers will be required to provide an “Electrical Service Identification Number,” or NISE, a localization number and a meter number. Those numbers currently can be found on the top right corner of paper bills.

All CNFL customers should store basic information for paying their bill and for requesting support including: 1-Electrical Service Identification Number, or NISE, 2-Localization number and 3-Their meter number (Via CNFL)

CNFL’s marketing assistant manager Adán Marchena noted that customers currently receiving bills in Braille as well as in some of GAM’s most remote rural areas will continue receiving paper bills.

The plan to eliminate printed bills aims to cut down the three million sheets of paper used every year.

“This represents 370 trees cut down and 1.3 tons of carbon dioxide released per year that we will avoid,” the CNFL stated in a news release.

The CNFL began promoting email registration earlier this year, and 40,000 customers already are in the system. The agency expects to have at least 25 percent of its customers registered by the end of the year.

The Water and Sewers Institute (AyA) stopped printing bills for its 600,000 customers last year in a move that saved the agency 20 tons of paper every year, the agency reported in January. Heredia’s Public Utilities Company also launched a digital billing system in 2012.

The first communities to be notified of the elimination of printed bills are:

American Airlines will cancel nearly 1,000 of its scheduled flights in July due to crew shortages, according to multiple media…