Cuba pardons more than 3,500 prisoners ahead of Pope Francis visit 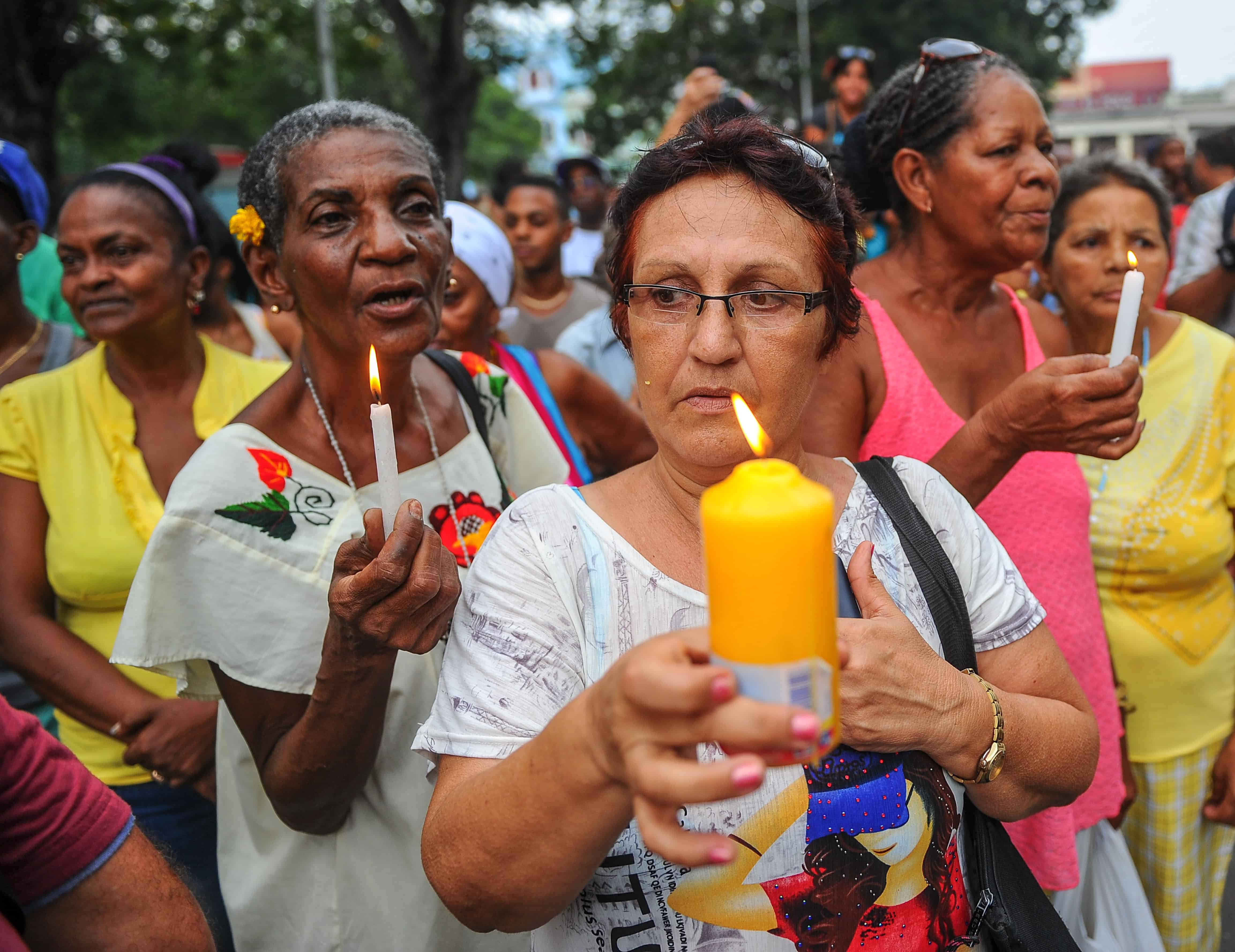 A procession of the Virgin of Charity, Cuba's patron saint, in Havana, on Sept. 8, 2015. Pope Francis will visit the island beginning next week. (Yamil Lage/AFP)

HAVANA – The Cuban government said it plans to pardon 3,522 prisoners over the next 72 hours as a “humanitarian” gesture ahead of a visit by Pope Francis to the island beginning next week.

But the announcement appeared to rule out pardons for at least some of the dozens of inmates that rights groups consider political prisoners. Convicts serving time for crimes against “national security” would not be eligible for release, said the statement in the Communist Party newspaper Granma.

Those receiving pardons will include inmates over age 60 or under 20 with no prior convictions and prisoners whose terms are nearing an end, as well as women, the infirm and foreigners whose countries will accept their repatriation.

The amnesty, ordered by the State Council, the Cuban government’s supreme body, will not extend to those serving time for homicide, rape, drug trafficking and other serious offenses in Cuba such as “cattle rustling,” according to Granma.

Related: In policy shift, Cuba welcomes back doctors who deserted

Pope Francis will arrive in Havana on Sept. 19, and Cuban dissident groups have urged the pontiff to intervene with the Castro government to secure the release of jailed activists.

Amanda Duran, a member of the island’s illegal-but-tolerated Cuban Commission for Human Rights and Conciliation, said the group was trying to determine whether any of the 71 inmates on its list of political prisoners would be eligible for the amnesty.

“The phone lines are very congested right now,” she said.

The Vatican has not confirmed whether Pope Francis will meet with Castro opponents during his four-day, three-city tour of the island before arriving Sept. 22 in the United States.

The timing of the Cuban government announcement is notable, as U.S. and Cuban diplomats commence bilateral talks Friday in Havana that mark their first formal meetings since the two nations reopened embassies.

A statement issued by the State Department said U.S. negotiators would meet with Cuban officials “to discuss next steps in the normalization process and schedule dates for future discussions on shared priorities.” The statement said the U.S. delegation did not plan to enter into “extensive discussions” in Friday’s talks.