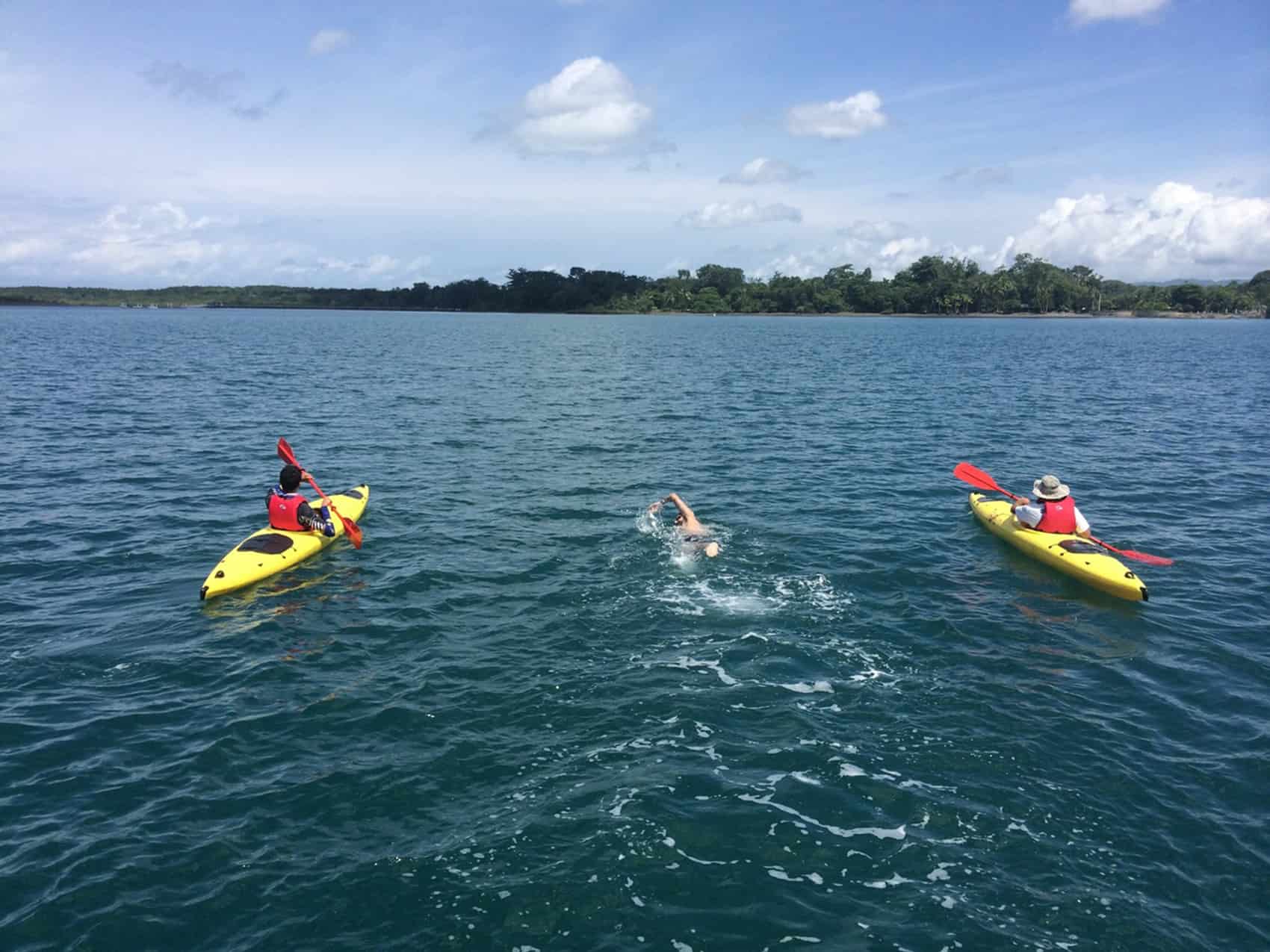 “I feel very grateful to my family and my coaches, Miguel Pérez and Kurt Niehaus, for all the support,” Cullell said after the challenge.

During the swim, he was followed by two assistance kayaks, an adventure guide and rescuer on a stand up paddle board, a boat and a lifeguard from the Red Cross.

The challenge was organized by tour guide Joe Bernini, who moved from San José to the Osa Peninsula in 2009. After being impressed by the beauty of the Golfo Dulce, he decided to create an annual swim competition on the water in 2013.

During the first two years of the race, there were two categories: a 1.5-kilometer swim and a 5-kilometer.

This year Bernini is including a new category: the 14-kilometer marathon swim. Cullell’s swim across the gulf was a test of the course.

The competition, which will take place September 12, is part of the World Open Water Swimming Series.

Bernini said he hopes the event will help promote Golfo Dulce as an adventure sport destination and help improve the local economy, especially during the low season. The event will also raise money for a program to teach English to local school children in order to improve their tourism job prospects.

For more information on the race visit http://www.aventuras-golfo-dulce.co/english.html