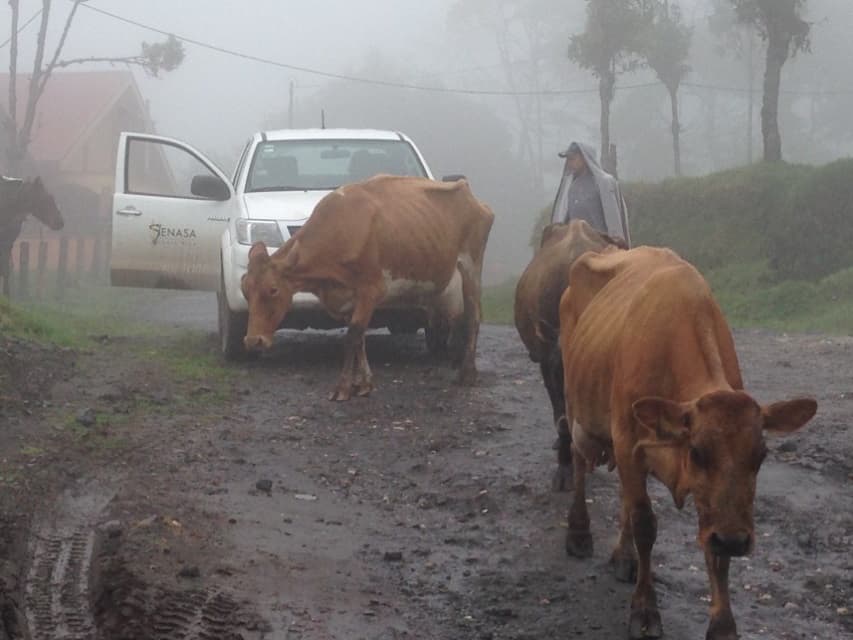 Costa Rica’s National Animal Health Service, SENASA, reported a small outbreak of the contagious bacteria brucellosis in Turrialba, Cartago on Monday. The bacteria can affect people as well as animals.

After surveying 348 cows across 19 farms in the area around last week’s volcanic eruptions, the agency euthanized 44 infected cows from three different farms.

The outbreak was not related to the explosions at Turrialba Volcano on March 12 and 13, although the chance of spreading the bacteria can increase when cattle from different farms are corralled together during an eruption.

People can become infected with brucellosis after consuming tainted dairy products or working in a slaughterhouse where infected meat is handled. As of this writing, there have not been any reports of infected beef or dairy products related to the outbreak.

Symptoms of infection include fever, muscle and joint pain, anorexia and fatigue, according to the U.S. Centers for Disease Control and Prevention.

The bacteria can be treated with antibiotics. Death from brucellosis is rare, occurring in not more than 2 percent of cases, according to the CDC.

In livestock, the bacteria can cause miscarriages and low birth rates.

“Controlling brucellosis is extremely important for SENASA, not only because of how it affects cattle and the economic implications, but also because SENASA’s top priority is public health,” the animal health agency’s director Bernardo Jaen said in a statement.

The bacteria is common in Costa Rica and SENASA has had a brucellosis surveillance program since the 1970s.

Since Turrialba Volcano started erupting in October 2014, SENASA has increased its surveillance efforts of livestock living within three kilometers of the crater.

Costa Rica confirmed 52 new cases of the coronavirus over the past day, totaling 1,157 cumulative known cases, the Health…

The Nicaraguan government reported on Tuesday a weekly increase of 359 new coronavirus cases and 11 more deaths, according to a…

The Minister of Environment and Energy of Costa Rica, Carlos Manuel Rodríguez, will leave his post to take over as…