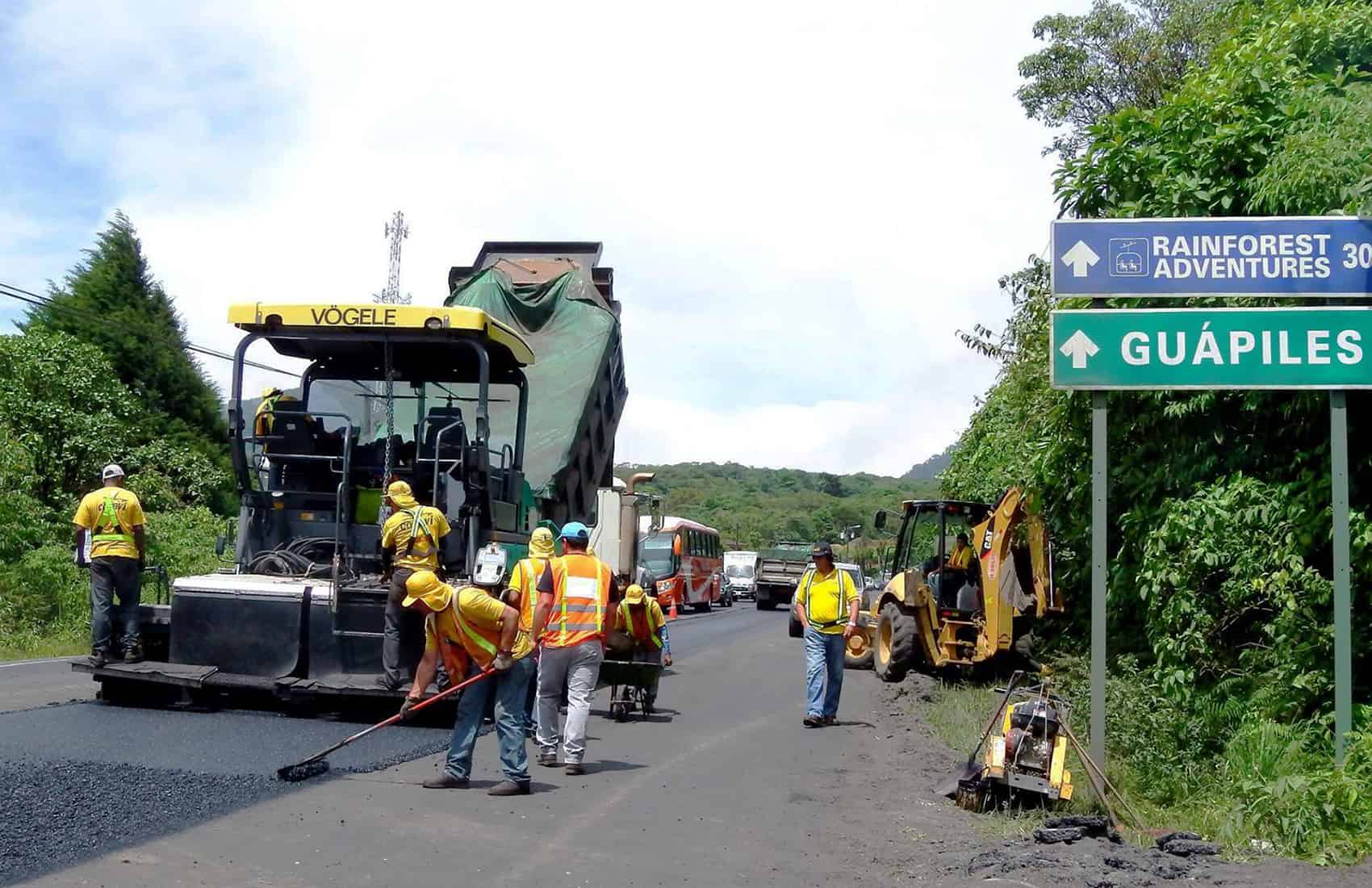 Recent announcements of new public infrastructure projects are boosting expectations of employers in the construction sector. ((Via MOPT))

Most Costa Rican companies are sticking with the employees they have for now, a new jobs survey found. Though the hiring outlook for the second quarter of 2015 shows a slight positive increase, of 1 percent, over the previous quarter, according to the most recent Costa Rica Employment Outlook Survey released Tuesday by consulting firm Manpower.

Among the 620 public and private sector companies surveyed, 76 percent of employers said they do not plan any changes in staff, 17 percent plan to hire more employees and 6 percent said they will decrease their staff during the next three months.

Despite the improvement over last quarter, the result represents an 8 percent drop in hiring compared to the same time period last year.

“Employers did not stop hiring but they are hiring less,” she said.

The study also noted that investment in the industrial sector has been minimal so far this year, and that companies are relocating to other countries or closing their Costa Rica operations.

Still, the good news outweighed the bad in early 2015.

“Despite closures of banks, technology and food sector businesses, Costa Rica’s business sector shows a slight growth as other companies have launched or increased their operations here,” Chaverri added.

The construction sector shows the most positive hiring outlook, thanks to the recent announcements of public infrastructure projects and low prices on construction materials, especially cement, the report states.

Fifteen percent of construction firms surveyed said they planned to hire workers in the coming months.

The commerce sector also appears positive — employers in this sector plan to increase hiring up to 14 percent this quarter. The increase could be attributed to recent news of investment in ports, such as the new APM terminals port in Limón, as well as “upcoming projects to expand or build new highways,” Manpower’s analysis adds.

By geographical area, only Guanacaste appeared poised to lose jobs in the coming months, though the negative outlook there was marginal.

The best employment options will be in Heredia, Alajuela and the capital San José.

Manpower’s study only reports employers’ intentions to hire or dismiss staff. It does not quantify the number of new jobs or dismissals.