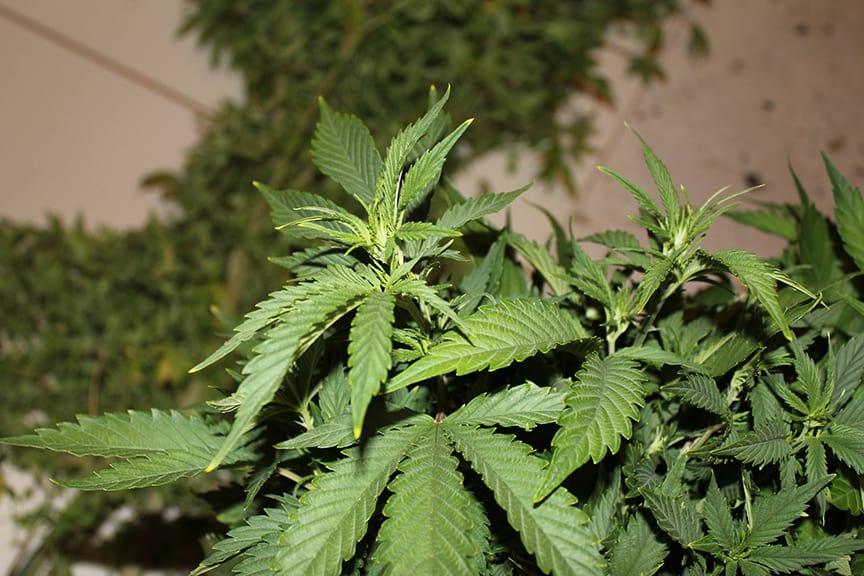 Some of the marijuana plants seized by police at an evangelical church in Escazú, San José on Sunday, March 8, 2015. ((Courtesy Public Security Ministry))

Police officers were responding to a robbery complaint when they reportedly caught a strong whiff of marijuana coming from inside a nearby church, according to the Public Security Ministry (MSP).

The MSP did not release the name of the church.

Inside police discovered a hydroponic marijuana operation with 226 plants ranging in height from 12 centimeters to 155 centimeters. Along with the plants, police found 8 kilograms of loose, processed marijuana.

There was no one in the building at the time of the raid, according to police, and no arrests had been made as of Monday morning.

The MSP didn’t speculate on whether the marijuana might have some spiritual significance, but the discovery of a small .38 Special revolver by police doesn’t bode well for the religious freedom angle.

MSP spokesman Nicolás Aguilar told The Tico Times that the church was an active place of worship. He said authorities were investigating how long the marijuana grow had been operating.