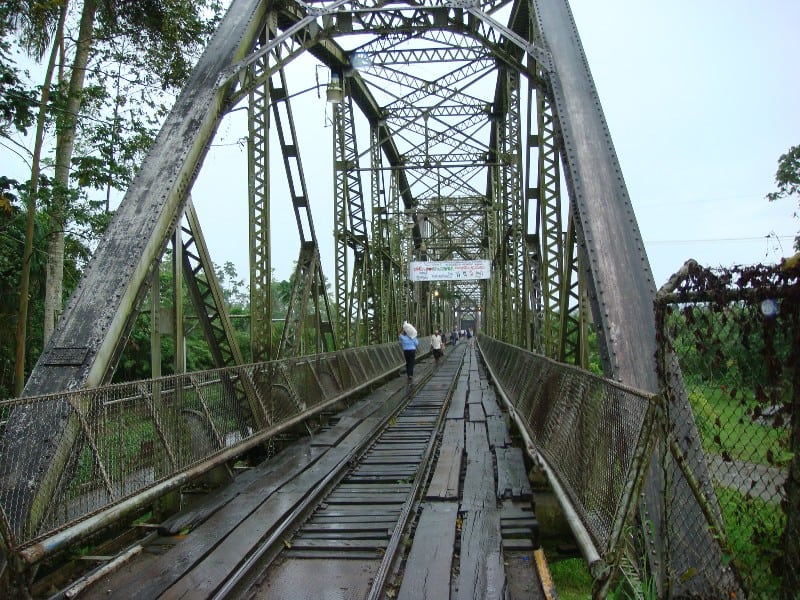 The aging border crossing between Costa Rica and Panama in the southern Caribbean region will get a makeover in the coming years. A new four-lane bridge will be built over the Sixaola river, a natural border between the two countries, Costa Rica’s Public Works and Transport Ministry (MOPT) announced Friday.

The project will be funded by a $10 million donation from the Infrastructure Fund for Mesoamerica and Caribbean Countries, an aid agency of the Mexican government.

The United Nations Office for Project Services (UNOPS) will work as an intermediary between the governments of Costa Rica and Panama and will be responsible for managing the public bidding process for the feasibility studies, design, construction and supervision of the project.

UNOPS representative Sergio Mazzucchelli explained that the public bid for selecting the construction company will be open to companies from Costa Rica, Panama, Mexico “or any other country as long as they are associated with a Costa Rican firm.”

The 260-meter long bridge is expected to be ready in July 2017. It will have four lanes, a bike path and crosswalks.

“It will be built under U.N. regulations and standards,” Mazzucchelli added.

Residents of border communities from both countries have been waiting for this project for more than 10 years, Vice Minister González said. He added that the new bridge will strengthen the region’s integration “but mostly will benefit tourism and trade between Costa Rica and Panama.”

Passage over the river currently is possible through a pre-fabricated Bailey bridge installed in 2012 by the administration of President Laura Chinchilla. Pedestrians also use an old railroad bridge.

The U.N. agency will conduct a study to assess current structural conditions of the old bridge, built over a hundred years ago, as it has historical and cultural value. The agency will also evaluate whether the bridge can be repaired in order to continue using it as an additional pedestrian crossing.

Recommended reading: Puente Sixaola: A border runs through it