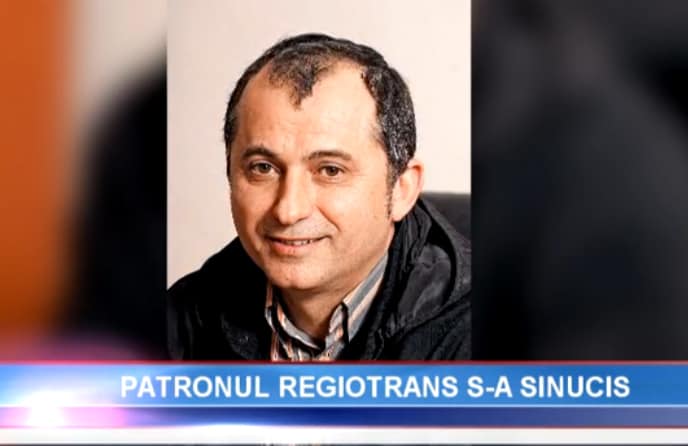 Photo of Costel Comana, a Romanian millionaire who Costa Rican authorities say committed suicide on a flight from Bogotá, Colombia to Costa Rica on Wed., Feb. 25, 2015. ((Screenshot from ReporterNTV.ro))

Costa Rican authorities are investigating the death of a 53-year-old Romanian millionaire found on an Avianca flight traveling from Bogotá, Colombia to Costa Rica on Wednesday. Costel Comana, the owner of a railroad company, was facing a corruption investigation in his native country at the time of his death, according to Romanian media.

Comana allegedly fled Romania after authorities opened a bribery investigation against him, according to the Romanian news channel ReporterNTV. His business partner, Iorgu Ganea, was arrested last week as part of a corruption investigation into illegal subsidies for their company, Regiotrans.

Comana’s travel companion, a 35-year-old Romanian woman who has not been identified, told Costa Rican authorities that Comana appeared anxious during the flight and got up several times to use the bathroom, according to a statement released by the OIJ.

The woman said she fell asleep during the flight and when she woke up just before landing, Comana was not in his seat. She went to the airplane lavatory and called his name but got no response.

She and an airline attendant forced open the lavatory door and found Comana dead.

OIJ spokesman Marco Monge told The Tico Times that Comana had hanged himself, according to the initial autopsy report.

OIJ also confirmed that the couple was traveling with roughly €11,000 but added that the amount was not considered suspicious.

Comana was reported to be one of the richest people in Romania with a fortune estimated at between €30 and €32 million, according to the Romanian news website Gândul.