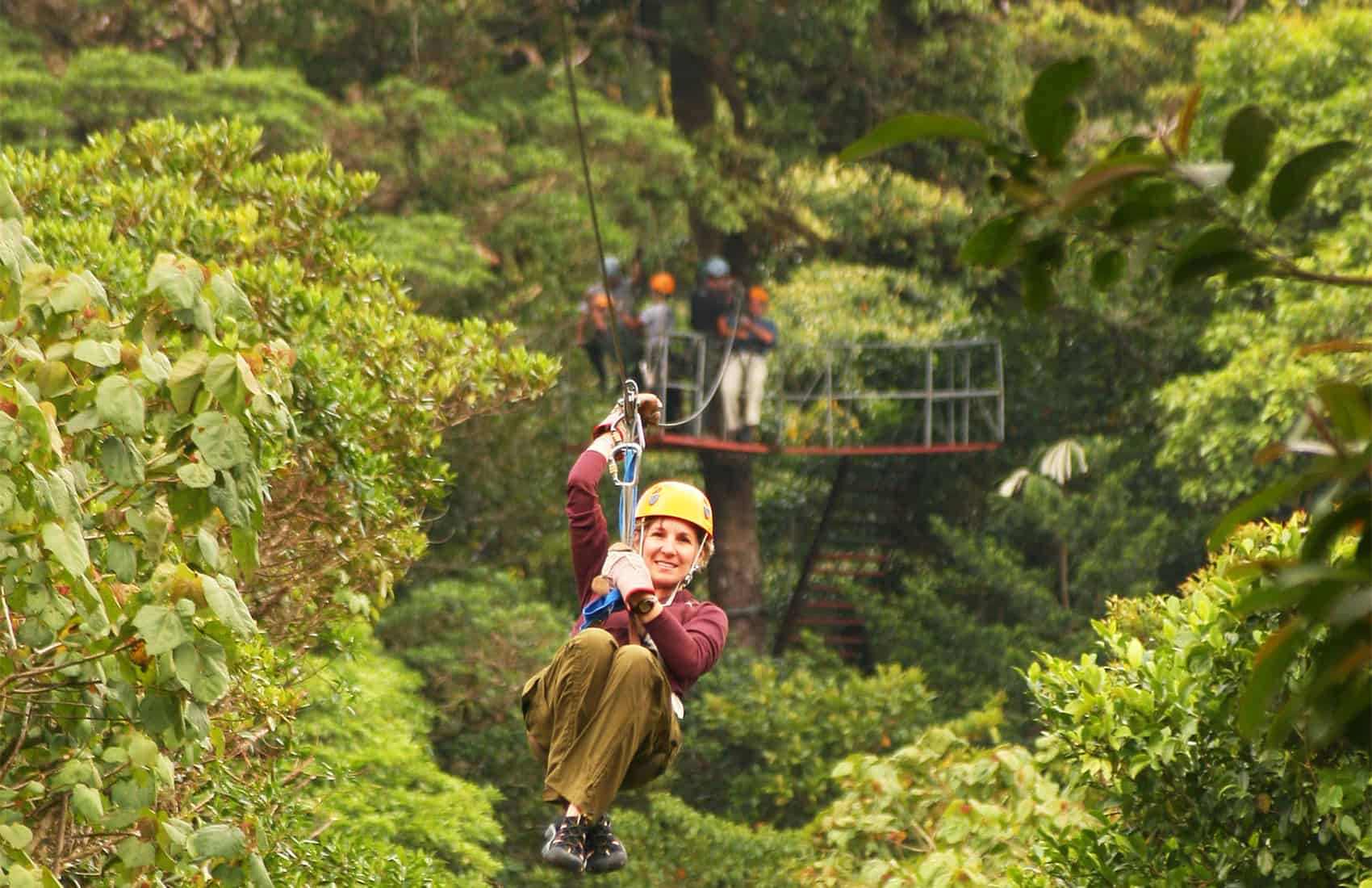 The cost of recreational activities such as ziplining, rafting and others will increase with a new retroactive sales tax that starts on July 30. (Ronald Reyes/The Tico Times)

Tourism business owners on Wednesday voiced total opposition to a new Environment Ministry (MINAE) decree extending the collection of a 15 percent sales tax to several activities that were previously exempt.

The decree was published in the official government newspaper La Gaceta on April 30 and will require all national parks and protected areas to increase entrance fees starting July 30.

National Tourism Chamber (CANATUR) President Pablo Abarca at a press conference said the situation originated from an interpretation by MINAE officials of a 2006 Finance Ministry guideline on how the Sales Tax Law – adopted in 1982 – should be applied to recreational activities.

CANATUR representatives and the Costa Rican Association of Tour Operators (ACOT) oppose the new regulation, saying that MINAE’s interpretation will cause an increase in rates that would directly affect park visits because it also taxes all recreational activities that take place within them such as rafting, diving, surfing, ziplining, hiking and others.

Calculations by those representatives claim that the increase would reduce the average stay of foreign tourists  – currently 8-12 days – by at least one day.

“One day less means losses of some $184 million a year in revenue for us,” Abarca said.

“Business owners will face financial losses and now must assume the costs of the tax because they have signed contracts with wholesale clients of up to two years in advance, and they can’t update their rates,” ACOT President Kathia Valverde said.

The decree also states that the taxes must be applied retroactively for 32 years, “and for many entrepreneurs, that would mean the closing of their businesses,” Valverde said.

“Business owners don’t have the money to pay for retroactive taxes because they never received an official notification to start collecting them. Costa Rica is an expensive destination and it cannot afford to become more expensive. This increase in fees and tariffs virtually takes Costa Rica out of the competitive tourism market,” she added.

Another consequence will be a drop in tourism options, as business owners likely will eliminate all destinations and outdoor activities that represent higher expenses, mostly visits to national parks and protected areas, the groups said.

On Wednesday, the National Liberation Party lawmaker Rolando González spoke out against the decree saying he believes MINAE’s move to interpret a law by issuing a decree is a procedural error as only the Legislative Assembly can do so.

“They [MINAE] intend to establish, via this illegitimate procedure through a Finance Ministry decree, the obligation to collect the tax on activities that were not included in the original drafting of the law in 1982, and even worse, they decided to retroactively charge the tourism sector for the 384 months following the entering into effect of the law. Now they say [business owners] must pay these exorbitant sums of money,” González said before the full Assembly.

Social Christian Unity Party lawmaker and President of the Assembly’s Tourism Commission Luis Vásquez agreed with González and said he supports the tourism sector against MINAE’s misinterpretation of the law. Vásquez, who also attended the CANATUR press conference, said lawmakers will further discuss the issue in coming days.