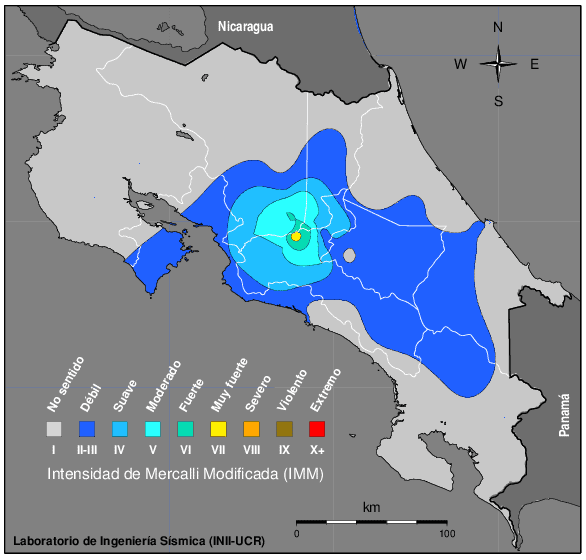 For the second week in a row, Costa Rica received a strong shake from an earthquake. A magnitude-4.3 earthquake rumbled through the country Thursday at 12:48 p.m., according to the Seismic Engineering Laboratory at the University of Costa Rica. The epicenter was located in Guácima, Alajuela, just outside the capital.

The Volcanological and Seismological Observatory of Costa Rica recorded a magnitude-4.2. Several aftershocks have followed the earthquake.

The quake was felt strongly in the Central Valley as buildings rattled for 10 to 15 seconds. On July 16, a magnitude-4.2 temblor, with an epicenter in the Southern Zone, shook most of the country. No damage or injuries have been reported for either quake.

UPDATE:  A  magnitude-4.4 earthquake, occurred at 10:21 p.m. and had an epicenter in Quepos on the central Pacific coast, according to the Seismic Engineering Laboratory. The organization said the late-night quake was unrelated to the lunchtime one. Here’s a map of the nighttime earthquake: 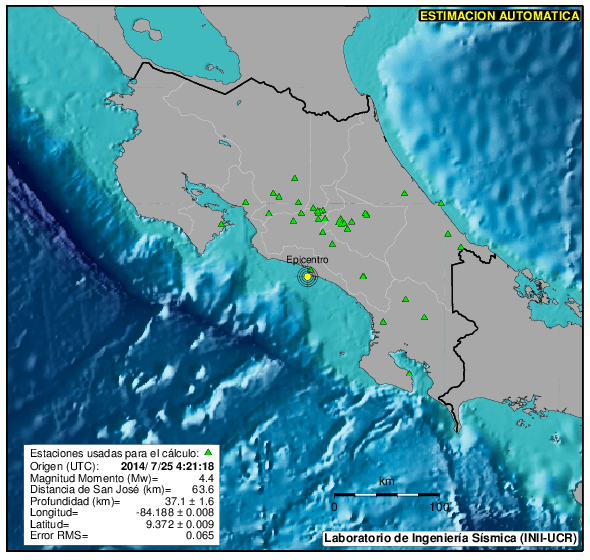