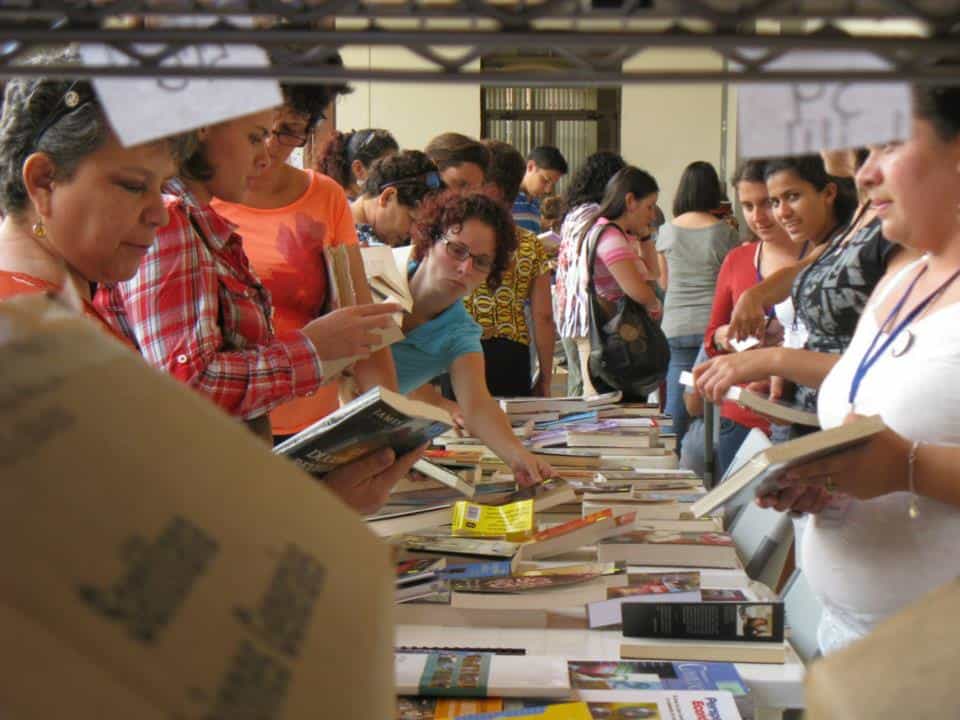 When expats finish reading a book, they usually do one of three things: shelve it, box it or give it away.

Three years ago, the expats of San Ramón de Alajuela tried something different. They sold their spare books to raise money for charity. They collected more than 3,000 volumes and vended them in San Ramón’s Regional Museum. The sale was such a success that it has become an annual tradition.

This year’s book sale takes place May 24 and 25, and organizers hope for the biggest event yet. Their goal is to collect 10,000 volumes and raise $6,000 for scholarships to area students. Donations are coming from across the nation, and local donors can pick from 16 drop-off points in the San Ramón area. Past earnings have paid for a solar-powered water heater at a senior home and solar panels for Escuela Jorge Washington, a local school. Last year’s sale attracted more than 2,000 visitors. This year, they hope to beat that number.

But San Ramón’s Community Action Alliance (CAA) wants to do more than raise funds. They also want to celebrate the joys of reading.

“It’s also a community literacy event,” said Nancy Sperry, a California native who serves on CAA’s board of directors. “There are workshops and classes you can go to.”

Indeed, special guests will include puppeteers, raconteurs and a professional book artist who will lead an illustration workshop. This year, CAA is particularly interested in children’s books and Spanish-language titles, and many new volumes will be sold on consignment, courtesy of Costa Rican publishers. Book sale prices are deliberately kept low to make them affordable to expats and locals alike.

“We’ve noticed that children come to the book sale and always leave disappointed, because there’s not much for them,” said Andrea Carter, co-coordinator of the book sale. “We really want to get the kids involved. We have a number of very good storytellers coming.”

San Ramón is a sizeable town in Alajuela Province, and its large expat population is very involved in the community, largely thanks to CAA. The book sale has attracted a range of collaborators, including local high school students, Peace Corps volunteers and Fulbright scholars. Since its first year, the regional museum has hosted the event and receive a percentage of the proceeds.

Currently, CAA has raised enough money to provide scholarships for 13 students of varying ages, but the organization hopes to support 20 students by 2015.

An Indiana native and Florida resident for three decades, Carter has lived in Costa Rica for about two and a half years. Carter recounts the story of a Tica friend: Once, when she was young, a special guest came to her school and did a presentation on recreational reading. The visit had a lifelong impact on the woman, who is the only person in her family who continues to read for pleasure. “I know that books are very expensive,” added Carter. “Books are expensive in the U.S. when they’re new, and they’re about the same here. There are a lot of people who can’t afford them.”

But Carter is hopeful that reading will become more popular in San Ramón, a community often known as the “City of Poets,” as many acclaimed Costa Rican bards were born here.

“I was a librarian in my former life,” Carter said. “But I’m a slow reader. Almost any of our volunteers have read more than I have. It’s humbling.”