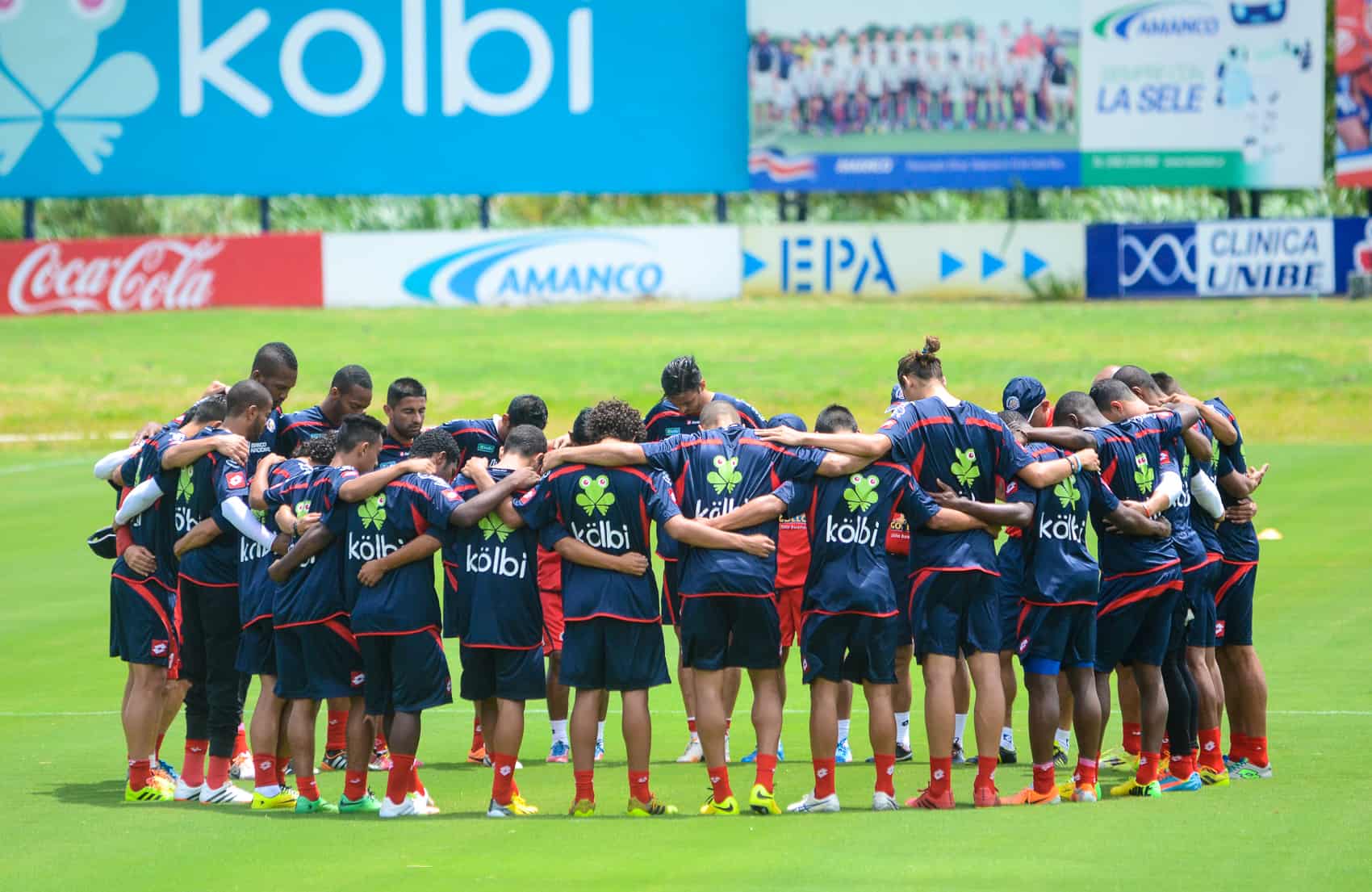 Cristian Gamboa, the assumed starter at right-back, just started practicing again with the team after recovering from a knee injury that threatened to end his World Cup hopes. Although not yet training at full, Gamboa is grateful to be back on the pitch with his teammates.

Back in April, he endured a scare after hurting his right knee. But testing determined he wouldn’t need surgery, which would’ve kept him away from Brazil.  Gamboa has spent the last several weeks away from the game as his knee healed.

Head coach Jorge Luis Pinto said the injuries have only been a minor inconvenience, and the players are able to participate in most of the training. He said that the team had to give Borges a break anyway since he just arrived in Costa Rica following a tough season in Sweden.

“With Joel, we are monitoring the small annoyance that he has in his knee,” Pinto told the daily La Nación. “Gamboa, for his part, is training with the group, we only hope that his physical form keeps improving.”

They weren’t the only players to miss out on some practice this week. Álvaro Saborío, who will lead Costa Rica’s attack with Campbell, left the team Wednesday morning — but for a sweeter reason. Saborío received permission to fly to the United States, where he plays professionally with Real Salt Lake, to be with his wife. She was giving birth to the couple’s first child.

Team captain Bryan Ruiz is another player likely feeling a bit distracted by an upcoming major life event. Ruiz will marry his fiancée Carolina Jaikel on Saturday at the Intercontinental Hotel in Escazú.

The 28-year-old plays for Dutch club PSV Eindhoven, as a loanee from English club Fulham. He told the media that he bought the ring in England and his suit in the Netherlands. (Ruiz, the highest-paid player on La Sele, wouldn’t reveal how much it all cost. He also joked that his honeymoon plans are practically a state secret.)

At the end of May, Pinto will cut three players to finalize the the team’s World Cup roster.