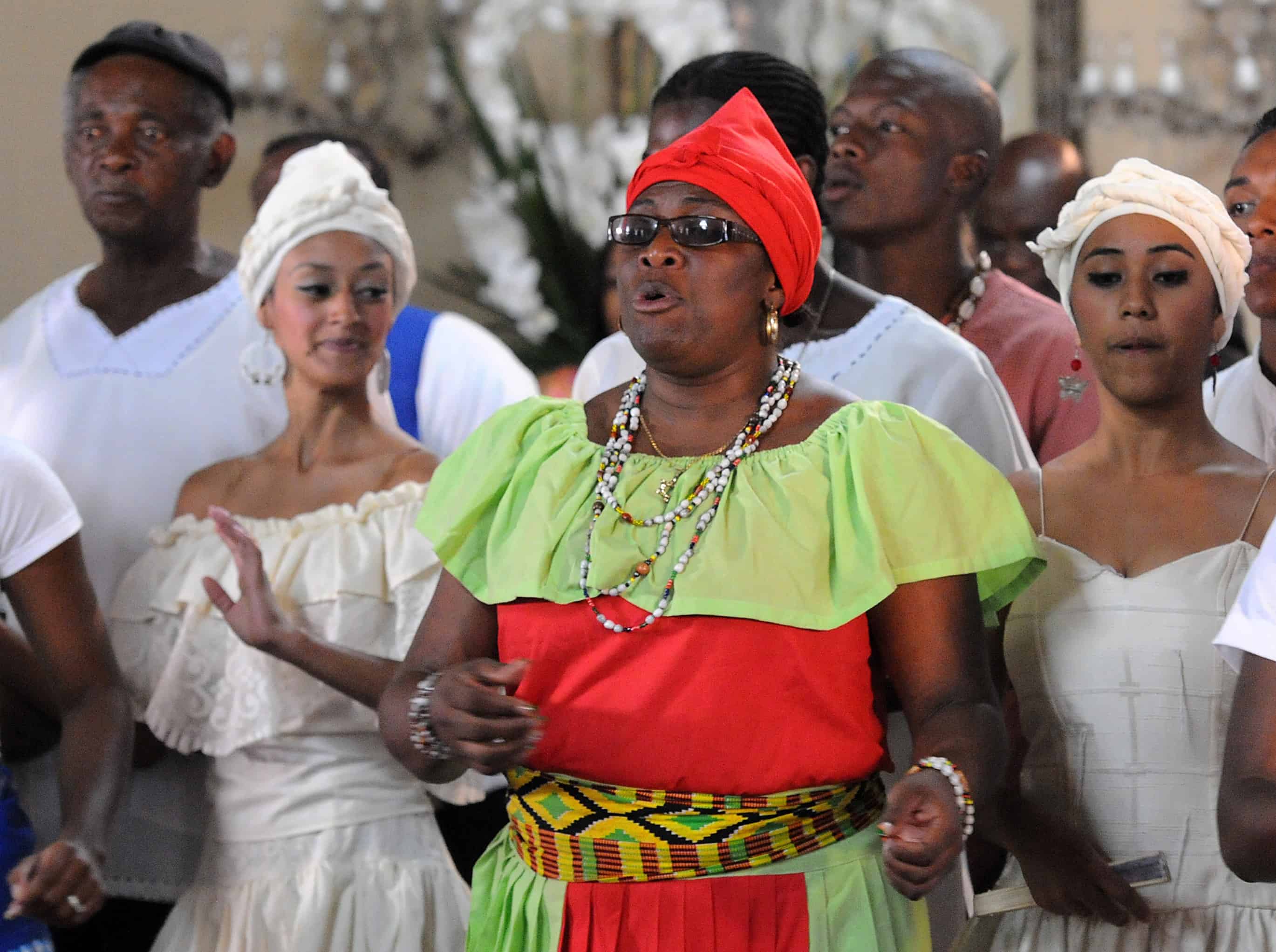 Garifuna people dance at the Government House during celebrations for African Heritage month in Tegucigalpa on April 1st, 2013. (AFP)

Honduras’ Garifuna people on Tuesday asked an international court, located in Costa Rica, to help them recover ancestral land, which they say has been lost to development.

The town of Triunfo de la Cruz on the Caribbean coast brought its suit to the Inter-American Court of Human Rights in San José.

The Afro-Honduran community, like other Garifuna along the coasts of Guatemala, Nicaragua, and Costa Rica, has its own language and way of life focused on fishing and farming.

Ángel Castro Martínez, a 72-year-old community leader, told the court the loss of ancestral lands meant people at times could not even visit their cemeteries and was forcing those with no land to leave.

“We have seen all the young people leave to find work. They go to the United States or Panama, and when they come back, they have lost their culture, they don’t speak our language any more,” he said.

In the next town of Tela, hotels and a golf course have been built, resulting in more loss of land, Castro Martínez said.

His neighbor, Eugenia Flores, 31, spoke in Garifuna through an interpreter, saying tearfully “our culture has been crushed, our way of life. If it keeps up like this, we will lose everything.”

An estimated 400,000 Garifuna people live in Honduras alone. They are descended from west Africans who intermarried with indigenous Arawaks and Caribs, and their language mixes elements from all of them.