Watch out for riptides during the Easter Holy Week 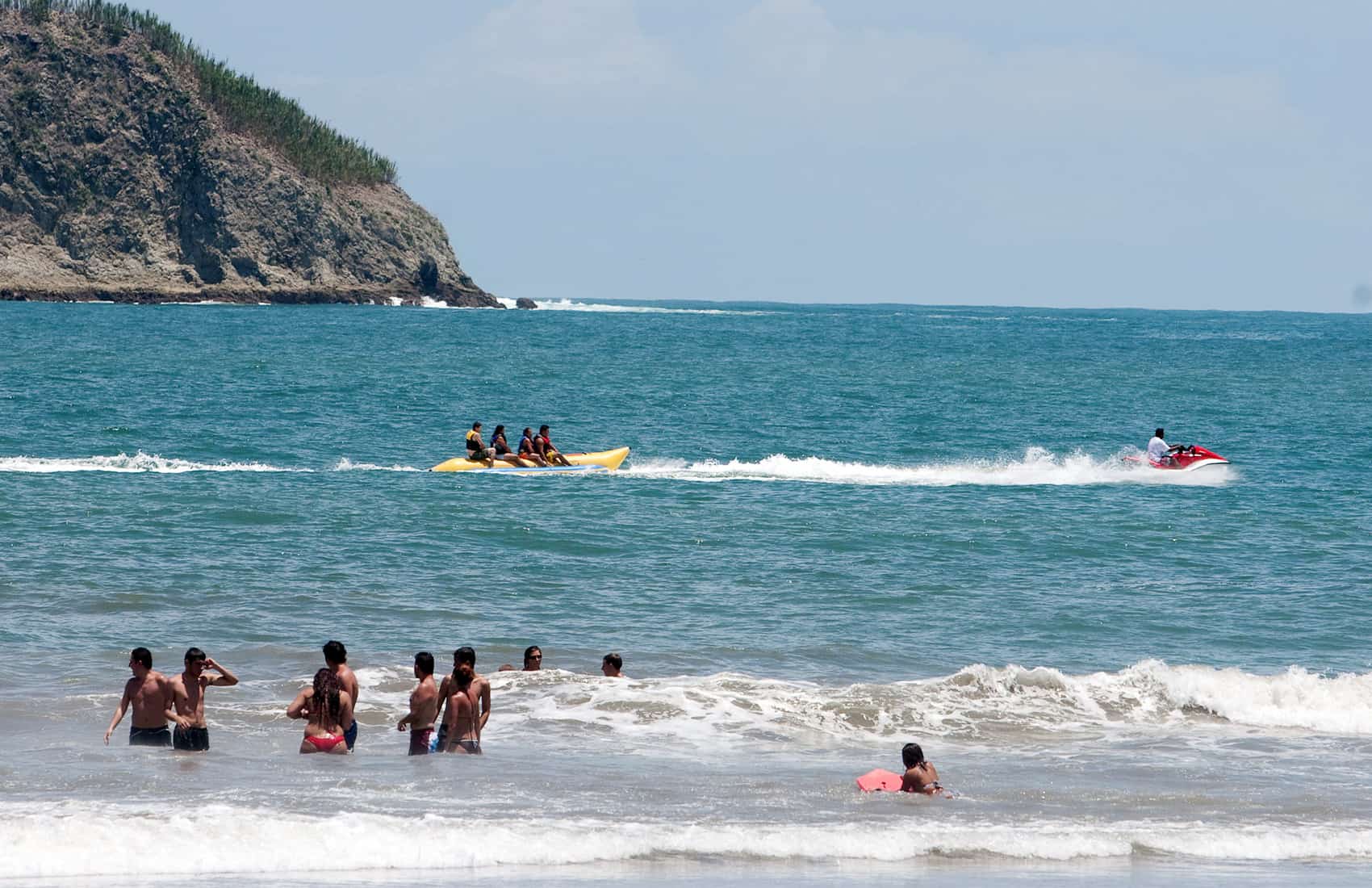 Manuel Antonio at Costa Rica's Central Pacific is one of the country's most visited beaches. (Ronald Reyes/The Tico Times)

Oceanographers at the National University (UNA) are warning Easter Holy Week travelers to take precautions at the beach this week due to riptides. The strongest currents were forecast at beaches in the northern Caribbean and Central Pacific.

Costa Ricans in the Central Valley began heading to the coast this weekend to take advantage of the holiday period, which began today with Juan Santamaría Day.

For this year’s Easter Holy Week, oceanographers called on travelers to take extreme precaution at the Central Pacific beaches located between Jacó and Uvita.

“These are very wide beaches and offshore waves hit them in a very direct way” said UNA’s Oceanographer Isabel Arozarena.

The Sea Level Observation Network (RONMAC) at UNA has issued periodic reports and forecasts on Costa Rica’s most dangerous beaches. The forecasts take into account weekly reports issued by the University of Costa Rica’s Oceanographic Information Service. Warnings are distributed through the Costa Rican Tourism Board.

The first report shows a riptide forecast for April 11-16. An update will be released on Wednesday after evaluating currents behaviors in the upcoming days.

From Playa Negra in Guanacaste and North:

P2: all other days

From Guiones to Coyote:

From Santa Teresa to Cabo Blanco:

From Gulf of Nicoya to Dulce Gulf:

P2: every day except today

P2: every day except Friday

From Punta Banco to Punta Burica: