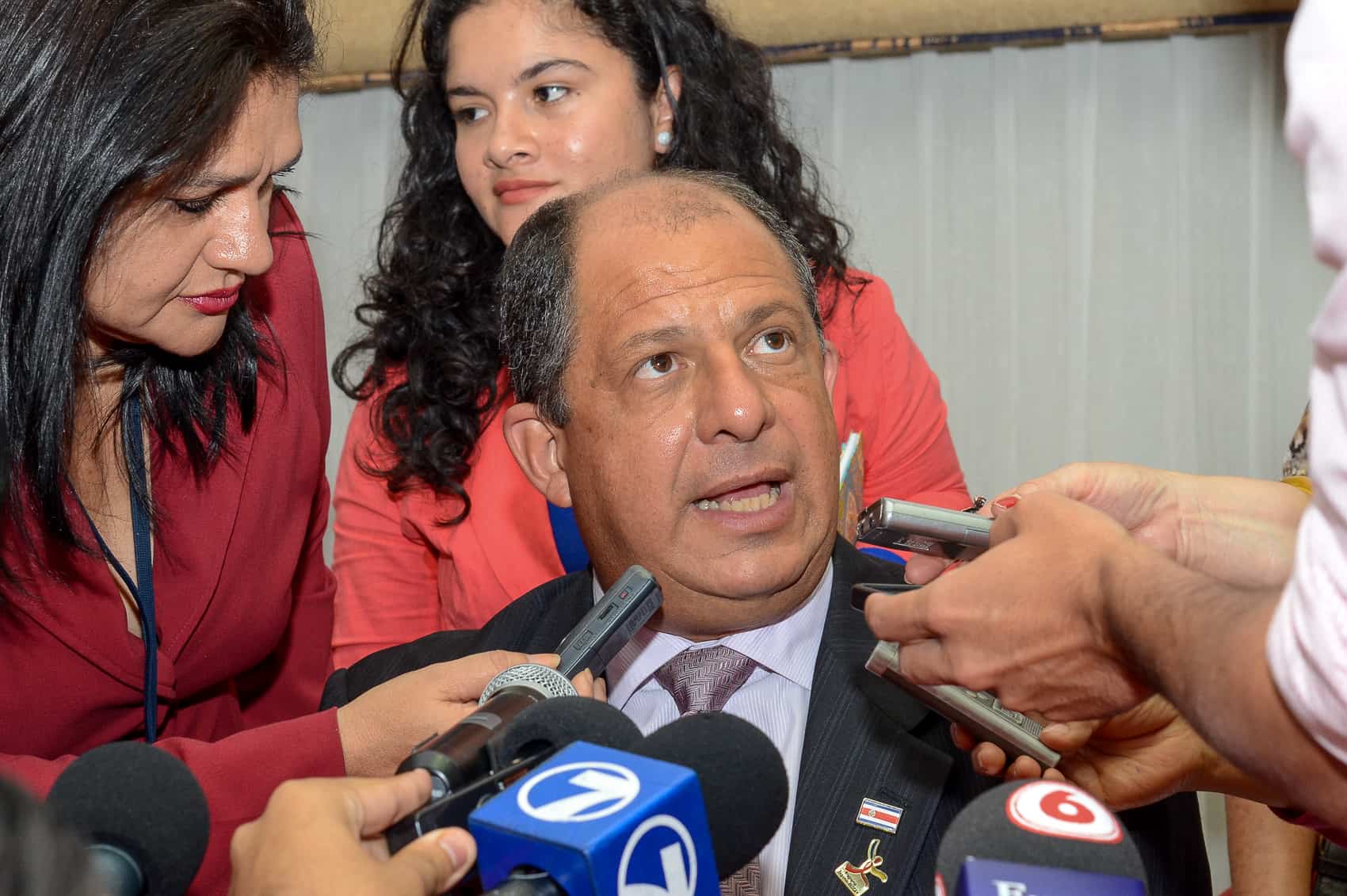 President-elect Luis Guillermo Solís tells reporters on Monday that he favors reducing public utilities rates “in the interest of the country.” Solís held a press conference in San José on April 7, 2014, the day after he was elected president. (Alberto Font/The Tico Times)

The chamber said a priority for the next administration should be boosting the economy and creating more jobs. (Solís seems to agree.)

At a press conference Monday morning, Solís addressed the CICR petition by saying he favors reducing electricity rates, but “not based on a response to a particular sector’s request, but rather in the interest of the entire country.”

Chamber of Exporters President Monica Segnini told the press recently that better access to credit would be key to boosting domestic production and employment.

“Tourism is the sector that produces the greatest benefits for Costa Rica in terms of employment and foreign currency, and we ask the president-elect to be consistent in ensuring the needs of our sector are met,” National Tourism Chamber President Isabel Vargas said.

Commercial fishing chambers also sent Solís a request for “a prompt and comprehensive solution to the problems fishermen currently face in many coastal areas,” a reference to a recent ban by the Constitutional Chamber of the Supreme Court on shrimp trawling.

Public workers’ unions joined the growing special interests list, asking to discuss with Solís “the defense of labor and wage rights.” Unions will seek the elimination of current bills before the Legislative Assembly that target workers’ benefits and salary bonuses.

Solís will take office on May 8. Within the next week he is expected to disclose the first of two lists of names of those who will serve on his Cabinet. In an interview Monday with Radio ADN, Solís said he would announce the first group on April 14, and the second a week later, on April 21.

Solís has said he will ask his vice presidents, Helio Fallas and Ana Helena Chacón, to manage some government ministries, and it is possible both will have dual roles in his administration.

The wish lists aren’t limited to business chambers, however. As Solís attended mass in San José on Monday, a group of street vendors approached and asked him to stop police harassment.

“We just want [police] to allow us make a living,” one street vendor shouted.

While Costa Rica is a favorite destination for many international film stars, it is not well known for its local…

More than 7% of Costa Rica’s microenterprises closed in 2020, according to the National Institute of Statistics and Census (INEC).…