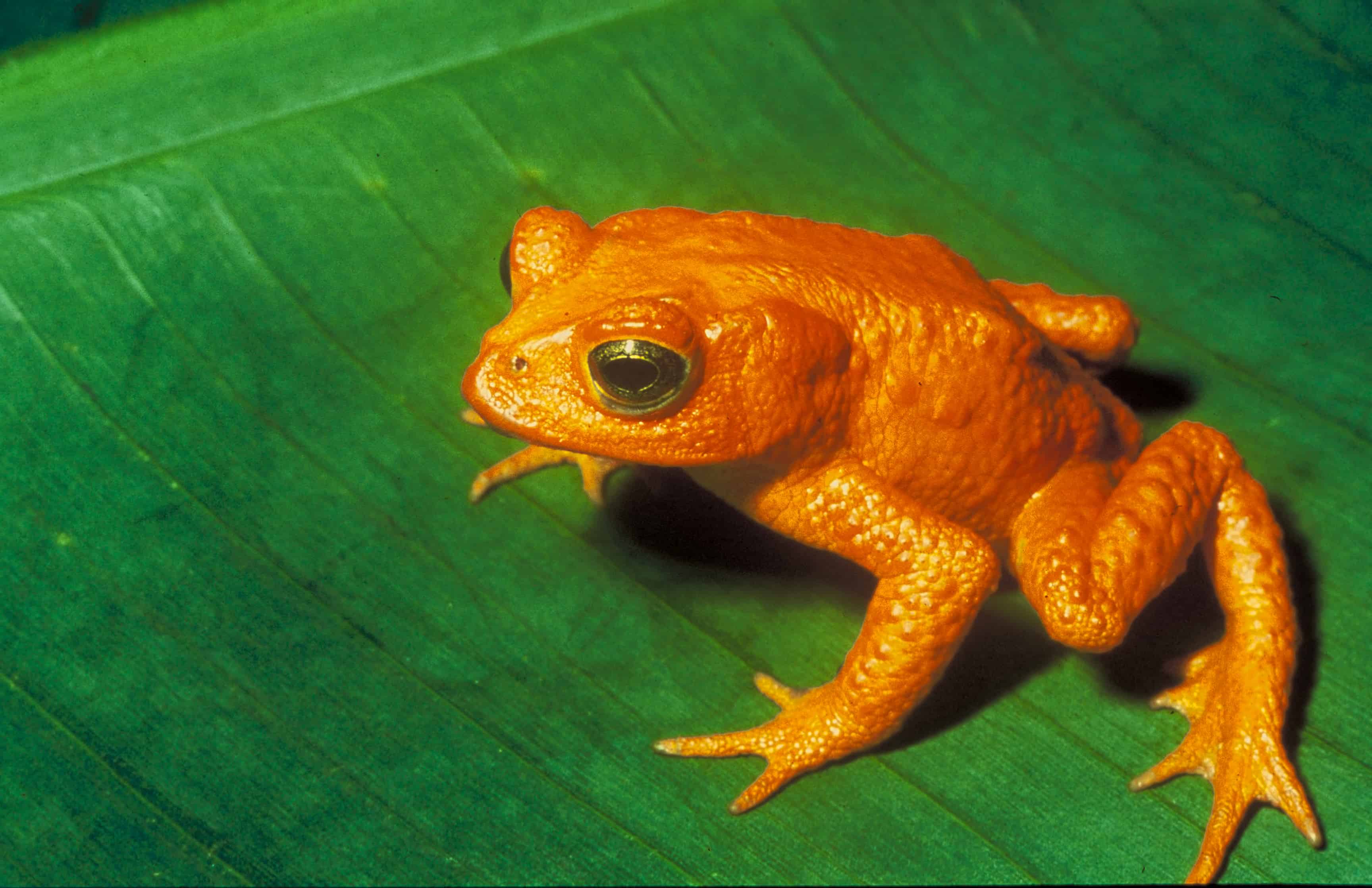 Costa Rica's golden toad was declared extinct in 2004. Between 1988 and 1989 the toad's population suddenly declined from at least 1500 to 10. No golden toads have been spotted since the early 1990s. (Wikimedia Commons)

At the start of Costa Rica’s rainy season this year, a group of biologists will embark on a mission to rediscover one of Costa Rica’s most beloved animals, the extinct golden toad.

Officially declared extinct in 2004, the once abundant toads died off in droves in the late 1980s. Biologists have never conclusively determined the cause of the mass deaths, but temperature increases and an amphibian fungus are suspected killers.

The iconic toad’s extinction shook the environmental community, and the golden toad became the face for other amphibian extinctions occurring around the same time.

Many of the frogs and toads declared extinct in the ’80s and ’90s were later rediscovered, giving biologists hope for the future. Now, the Herpetological Exploration and Research Team (H.E.A.R.T.), a group of North American and Mexican biologists with several discoveries and rediscoveries under their belts, think it’s the golden toad’s turn to return to the limelight.

Last week, H.E.A.R.T. launched a crowdfunding campaign on Kickstarter with the goal of raising $15,000 for the expedition. If the project gets funded, the group will send five team members  to Costa Rica to search for living specimens of the toad and document them with photos and audio.

Finding the amphibian will be difficult not only because it may be extinct, but also because of its explosive breeding habits. Golden toads only come above ground to mate for nine to 12 days a year, sometime from late March to mid-May, usually after the second or third strong rains of the year.

“It is really hard to hit it just right,” Grünwald said. “If you don’t go at just the right time, the best you’ll be able to find is tadpoles, if you’re lucky.”

To maximize the chances of hitting the golden toad’s “golden hour” of breeding, H.E.A.R.T. will arrive in Monteverde, the toad’s last known breeding ground, in March. There the team will wait until the rains come, hiking to other possible habitats, pinpointed using elevation and temperature charts from Google Maps. The team will also talk to locals in the area to see if they have spotted the toad.

“As far as I know, this will be the first coordinated effort to find the toad during the proper time,” Grünwald said. “It’s still out there. I am convinced, and I am pretty positive we can find it.”

Costa Rica is offering all-expenses-paid vacations for U.S. and Canadian residents who found life’s essentials during what has been a…